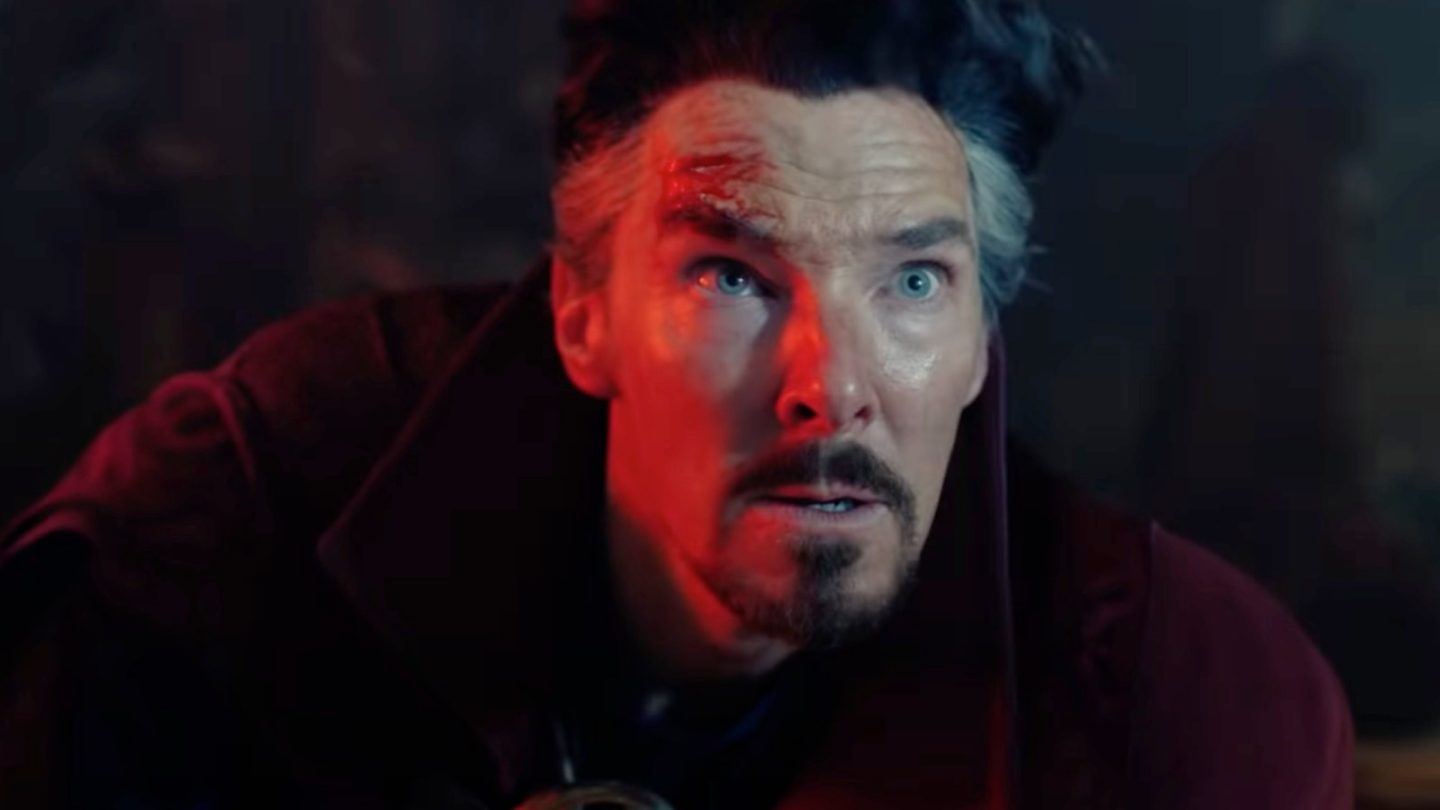 Marvel released a new Doctor Strange 2 promo the other day which includes a massive confirmation that we didn’t expect to get. Mordo (Chiwetel Ejiofor) tells Doctor Strange (Benedict Cumberbatch) that he’s about to go before the Illuminati. That’s the court-like scene where we hear Professor X (Patrick Stewart) and where Mordo and Strange will fight. But the same Doctor Strange 2 TV ad also delivers a big Iron Man/Ultron revelation, one that wasn’t immediately clear.

Marvel released the 30-second Multiverse of Madness ad on social media before the clip made it to YouTube. That means we saw it first in a different aspect ratio. But the full-sized version of the clip features more content, including the Iron Man/Ultron teaser. Before we can explain, know that spoilers might follow below.

Ultron in Multiverse of Madness

In the MCU reality, Ultron (James Spader) died in Age of Ultron when Wanda (Elizabeth Olsen) formally became an Avenger. But we still got to see a fantastic Ultron villain in What If…? last year. It hailed from a parallel reality where he beat the Avengers. And it’s an Ultron that the Watcher (Jeffrey Wright) contained with the help of a different Strange variant.

Doctor Strange 2 gave us the Ultron Easter egg months ago when we saw the new Ultron sentries serving the group we labeled as the Illuminati. That’s the group mentioned by name in this week’s promo video. A clip that also gives us a look at Ultron drones pushing Strange around as they guide him to the Illuminati.

More recent TV ads made that very clear. She’ll be attacking the Illuminati not to free Strange but to capture America Chavez (Xochitl Gomez). And she will fight Ultron drones, as we saw recently in a different teaser.

Therefore, the Ultron sentries in the Illuminati world do not serve another Ultron variant that wants to destroy the world. They’re in the service of the Illuminati. And that’s where the new Doctor Strange 2 TV ad comes in handy.

If you’ve watched the clip on Twitter, then you saw Mordo welcoming Strange to the Illuminati like this:

There’s nothing special about the scene other than the Illuminati namedrop. It’s just Mordo being very serious about very serious things.

But check the YouTube variant of the clip, and the scene is a lot more impressive:

As you can see, the Ultron drones are flanking Mordo. We saw them escort Strange, and it looks like some of them will stay to defend the Illuminati during the proceedings. We know from other Doctor Strange 2 promo videos that the Ultron bots will hurry to fight Wanda. And that some of them will lose their heads in the ensuing battle.

That said, the image above is an indirect spoiler for the movie. It confirms that the Illuminati live in a world where Ultron never went rogue. Iron Man was successful with his Ultron design, and the sentries are defending the Illuminati. And therefore, they also help protect the multiverse.

The clip also seems to imply there’s no need for the presence of Iron Man in this setting. He’s definitely helping the Illuminati, but he doesn’t have to be involved in day-to-day activities. Of course, we’re assuming that the Iron Man of this world is still alive. And that’s because a leak said the Doctor Strange of this world was the one to sacrifice his life to beat Thanos.

Let’s remember that the Tony Stark (Robert Downey Jr.) of the primary MCU reality said during Age of Ultron that Captain America (Chris Evans) was in charge. “I just pay for everything and design everything and make everyone look cooler,” Stark continued.

Maybe all Stark versions are similar when it comes to being superheroes. Perhaps the Illuminati in that reality is in charge of superhero activities. He just pays and designs things like Ultron bots, making everyone look fabulous.

Back to the YouTube version of the Doctor Strange 2 TV ad, the Mordo-Ultron scene might also imply that we won’t have an Iron Man cameo in the film. The alternate Ultron drones might be the closest we get to seeing an Iron Man from the multiverse.

After all, some rumors do say that Doctor Strange 2 will not have Iron Man cameos.