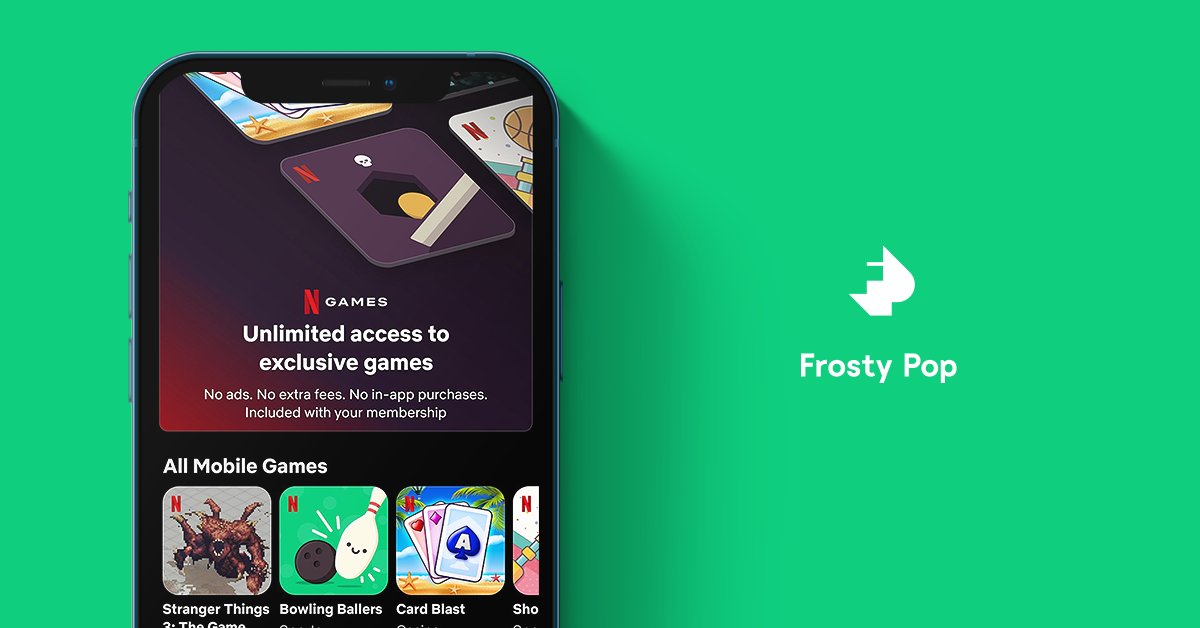 Earlier this year, rumors began to spread about Netflix expanding its repertoire with free games for subscribers. A short time later, the streaming service confirmed these plans. Netflix Games launched on November 2nd, bringing five free mobile games to the app on Android devices. A week later, they hit the iOS App Store as well. The five games were Stranger Things: 1984, Stranger Things 3: The Game, Shooting Hoops, Card Blast, and Teeter Up. It wasn’t clear when or how often Netflix would add to its selection, but two new titles have since joined the Netflix Games library.

The first of the new mobile games comes from Frosty Pop — the same developer that made Shooting Hoops and Teeter Up. Frosty Pop’s latest game, Bowling Ballers, is yet another casual title. Here is how the team describes the game, which is currently available on the App Store and Google Play:

In most endless runners, you want to avoid objects. Bor-ing! Play Bowling Ballers and knock down as many of those pesky pins as possible. Bowling Ballers is a bowling endless runner that includes a level-based mode. Actively hit objects rather than avoid them. Mechanics include skateboarding, flying and more, all with simple, intuitive gameplay.

Unlike Bowling Ballers, the second title was not developed specifically for the Netflix Games service. In fact, Gameloft’s Asphalt Xtreme came out several years ago and was recently shut down altogether. As TechCrunch notes, Gameloft took the game offline on September 30th, 2021, and removed it from app stores on October 1st. Game developers regularly shut down games that no longer generate enough revenue. But Netflix doesn’t include any microtransactions or ads in its games. That’s why a defunct, free-to-play racing game could be a great fit for the growing library.

Asphalt Xtreme is one of the latest in the long-running racing game franchise that Gameloft has made for mobile devices and gaming consoles over the years. The first Asphalt game was actually made for the Nintendo DS and N-Gage. The series has since appeared on a variety of platforms, including iOS, Android, Windows Mobile, webOS, 3DS, PS Vita, Switch, Xbox, and Windows 10.

Asphalt Xtreme, as the name implies, is focused on offroad vehicles and extreme locales. You can race a monster truck through the Alps or a rally car through the jungles of Thailand. There are five modes, over 300 career events, mastery challenges, and eight-player races.

The game is still in the process of rolling out, but will soon be available on the App Store and Google Play. If you want to see the game in action before you dive in, here’s a trailer:

How to get the games on your phone or tablet

If you want to play any of the free Netflix Games, the first step is to subscribe to Netflix. Once you have an account, download the mobile app and log in. Scroll down on the homepage until you see the banner for Netflix Games. If you tap on one of the games, you will see a product page for that game, similar to the App Store. Next, tap on “Get Game,” and if you’re on an iOS device the App Store page will open up. You can now download the game like any other app.