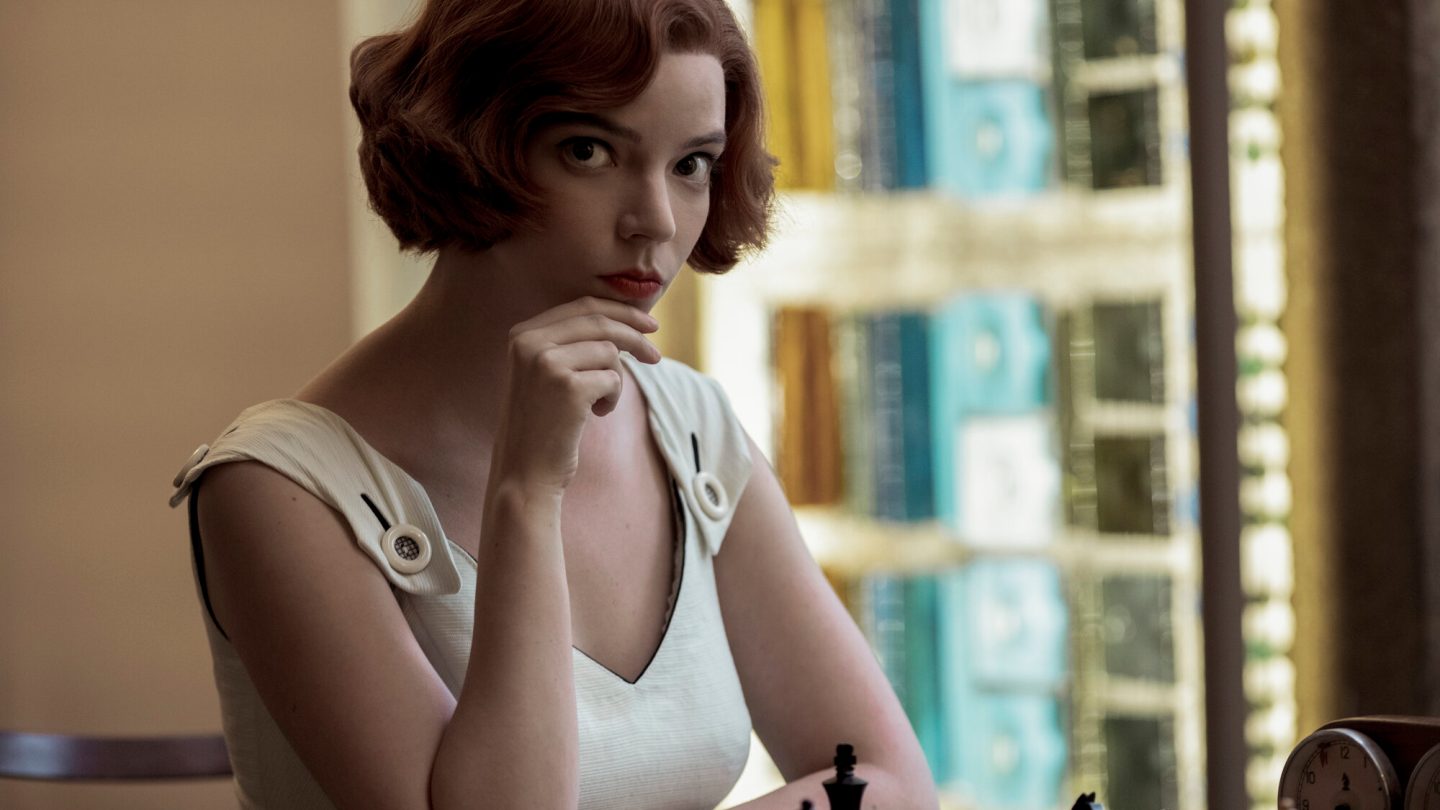 In what will easily come as no surprise to the millions of viewers who’ve already watched and enjoyed Netflix’s hit show The Queen’s Gambit, which is about a fictional chess prodigy from a humble background who learns the game and goes on to dominate it globally, the limited series is having a pretty extraordinary real-world impact. Specifically, thanks to the appeal of this show about an unlikely heroine who learns to master one of the oldest and most sophisticated games of skill, interest in researching and ultimately acquiring a chess set of one’s own is exploding right now.

Sales of chess sets are up 87% in the US, and sales of books about chess have soared 603%, according to US Retail Tracking Service data from NPD — which, funnily enough, also notes that week-over-week sales for those products had stagnated in the week’s before The Queen’s Gambit debuted on Netflix towards the end of October. According to Netflix, Google searches for “chess” and “how to play chess” are also at a record high at the moment — and, no surprise, the 7-episode series is at the top of our newest list of the most watched TV shows right now, across all the major streaming platforms.

That list comes courtesy of the streaming search engine service Reelgood, which covers the week of November 18-24 and is part of a regular peek into the viewing habits of its millions of monthly users that Reelgood shares with BGR.

As noted, The Queen’s Gambit blew away the streaming competition this week, dominating the list of the Top 10 most-watched shows (which you can check out in full below). Separate from this list, the show has also crushed Nielsen’s US streaming rankings, and Netflix has disclosed that the show pulled in 62 million viewers globally to make it the streamer’s biggest scripted limited series ever.

Within the first episode it appears that The Queen's Gambit is as good as everyone says it is.

When you’re done bingeing this fantastic and utterly compelling story that chess experts have said may be the best thing Hollywood has ever done about the game, meanwhile, there is, of course, still plenty of other fantastic streaming content to keep you busy and distract you from the coronavirus pandemic.

On Friday, for example, another of my favorite streaming series — Disney+’s The Mandalorian — dropped the biggest episode of its sophomore season so far. In it, the show not only threatened to break the Internet by finally revealing the name of “Baby Yoda,” but this action-packed Star Wars series also added a fan favorite character to the action — the Jedi Ahsoka Tano, played by Rosario Dawson.

In addition to these two shows, here’s the rest of what’s on Reelgood’s list this week of the most-watch streaming series across all of the big platforms right now: