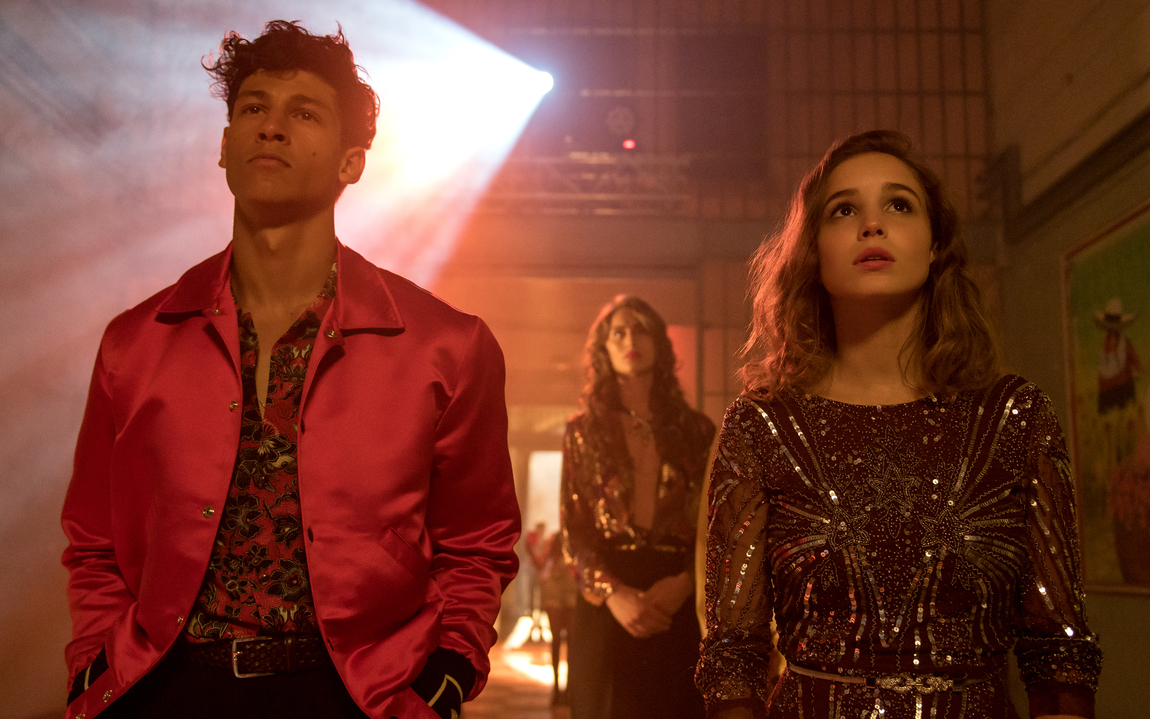 I have to admit, I wasn’t a fan at first of the title of Warrior Nun, one of Netflix’s newest and buzziest series and which is focused on a young woman who wakes up from death in a morgue to learn she has powers and is needed in an epic fight against good and evil. But after I dived in this weekend, I kind of got it straight away. The name is actually perfect, and it certainly grabs you as you’re scrolling through Netflix’s never-ending library of content. Indeed, the name also helps this series stand out before you’ve even pressed play, at which point you’ll quickly start to feel like somebody here has put together a deliriously fun mix of Buffy the Vampire Slayer and a little bit of Stranger Things to entertain you with.

I kind of agree with this Guardian reviewer, who opined that the series — based on a 90s-era comic book by Ben Dunn — is like a thrill ride involving our heroine who’s dragooned into helping knights fight demons, even though she’d prefer less life-threatening pursuits like dancing and taking drugs. Moreover, combining as it does thematic elements from other critically acclaimed Netflix series like Sense8 and The OA, the reviewer goes on to argue that Warrior Nun “is a loopy thrill-ride of absolute hokum, but you sense that Netflix’s commissioning algorithm might have had a full-blown orgasm when it was presented with the pilot script.” No surprise, Warrior Nun has garnered solid Rotten Tomatoes reviews this far (from both critics and fans), and it’s also one of the most-watched shows on Netflix right now, to boot.

That latter statement comes via the newest rankings shared with BGR by the team at Reelgood, the streaming search engine service which each week provides us with a snapshot of what its millions of monthly users are bingeing the most of on a weekly as well as a monthly basis.

When do we want the second season? In this life or the next?
STREAM WARRIOR NUN pic.twitter.com/V3yOpM2lJ1

Actress Alba Baptista is fantastic as “Ava” in Warrior Nun, about which Netflix’s official description reads as follows: “Inspired by the Manga novels, Warrior Nun revolves around a 19-year-old woman who wakes up in a morgue with a new lease on life and a divine artifact embedded in her back. She discovers she is now part of an ancient order that has been tasked with fighting demons on Earth, and powerful forces representing both heaven and hell want to find and control her.”

The series debuted on Netflix earlier this month, and it very nearly dislodged a German-language drama (Dark, which we’ve written about previously here) from the top spot this week. Give it a try if you need something new to add to your Netflix queue — or check out the full Top 10 list below of everything else that Reelgood’s users are watching the most of on Netflix right now.

The most-watched Netflix series by Reelgood users, for the week of July 9-15: