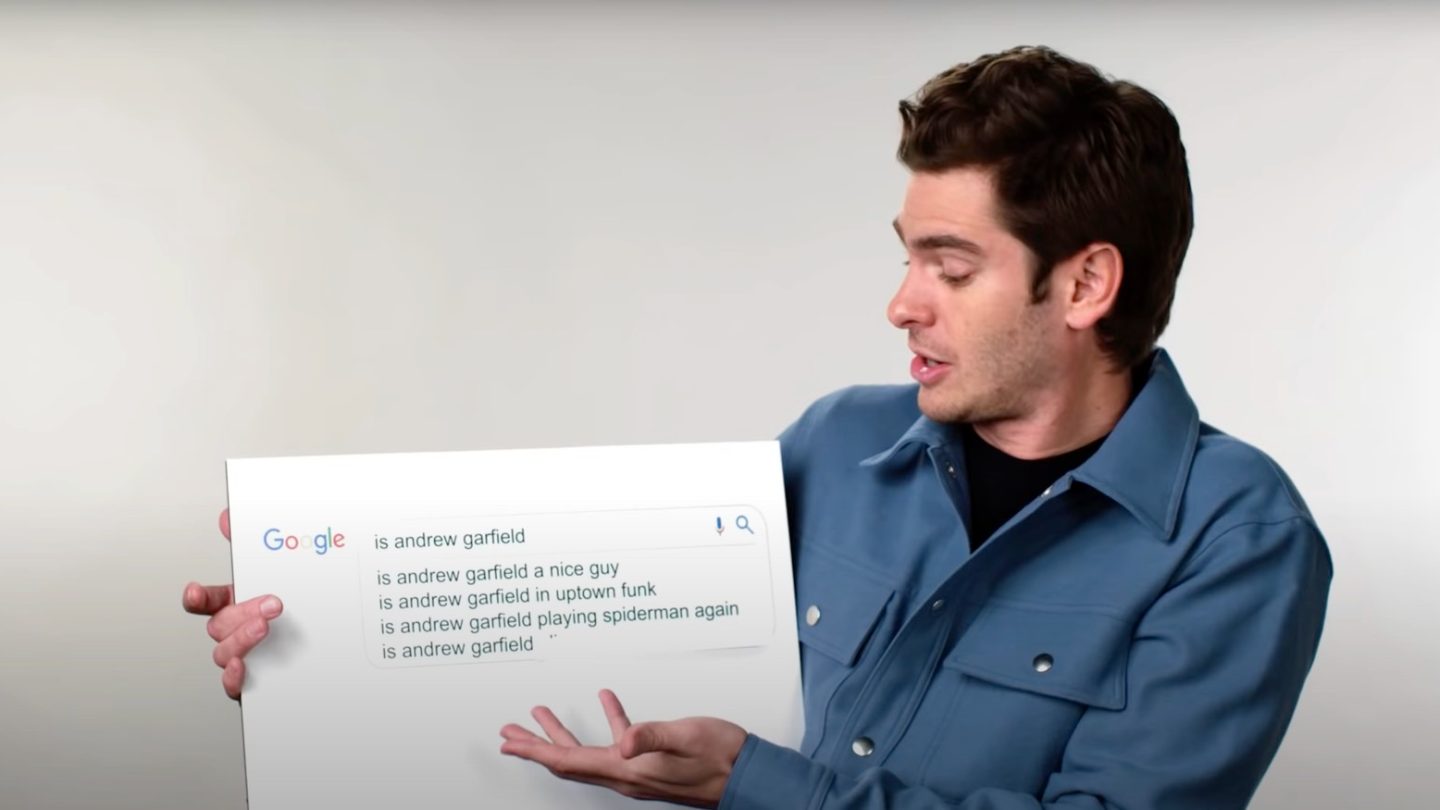 Tom Holland, Tobey Maguire, and Andrew Garfield are all playing Spider-Man in No Way Home. It’s the worst-kept Marvel secret in MCU history, and a significant plot detail that has appeared in countless leaks to date. The film will premiere on December 17th, at which point we won’t need any more leaks. But Sony and Marvel have decided not to show Maguire and Garfield’s Spider-Men in the trailers or commercials. They’re ignoring the leaks, which means everyone involved in the project has to do the same.

Even if you’ve tried to avoid the big No Way Home spoilers, you’ve probably been exposed to the big leak accidentally already. So if you’ve ever Googled “is Andrew Garfield playing Spider-Man again,” we have an(other) official answer for you from the actor.

Andrew Garfield is one of the actors who has repeatedly denied any involvement in the new Spider-Man movie. We’ve seen him do it a bunch of times already, even though one of the biggest No Way Home leaks is a video of Garfield.

It’s a clip that shows the actor in a Spider-Man suit atop scaffolding. The leak is connected to images that showed Garfield and Maguire on an elaborate movie set. Sony all but confirmed that those images were real by filing copyright claims against them a few months ago. We then saw the big leak showing Holland, Maguire, and Garfield atop the same big structure.

Finally, we saw that massive structure appear in the No Way Home trailers and teasers. It’s the Statue of Liberty fight, where the film’s final battle will seemingly play out.

Since Andrew Garfield appeared in several not called Spider-Man: No Way Home this year, he’s been promoting those projects in various interviews and appearances. The Spider-Man question came up regularly, with the actor doing a hilariously bad job denying it. The best such example concerns the video denial on Jimmy Fallon.

The reason Maguire didn’t have to deal with the same deluge of questions from the press is quite simple. He doesn’t have any other movies coming out this year except for No Way Home. That means he didn’t have to face Spider-Man ambushes while promoting his other work.

The actor’s latest Spider-Man denial comes in a Wired video that’s been trending on Wednesday. Andrew Garfield answered the web’s most searched questions about him, Wired’s famous autocomplete YouTube segment.

As seen in the top image, the third question the actor fielded is related to No Way Home. “Is Andrew Garfield playing Spider-Man again?” the Google question reads. Here’s what Garfield had to say:

Wired might have published the video a few days before the No Way Home premiere (December 17th), but they recorded the clip before the release of tick, tick, BOOM, which is a fantastic musical now streaming on Netflix in which Garfield sings, and does a tremendous job at it.

That’s to say that we’re not looking at a fresh Andrew Garfield take on Spider-Man so close to the No Way Home release. Word on the street is that Sony and Marvel will not even risk inviting Garfield and Maguire to the premiere of the movie to prevent spoiling the big surprise.