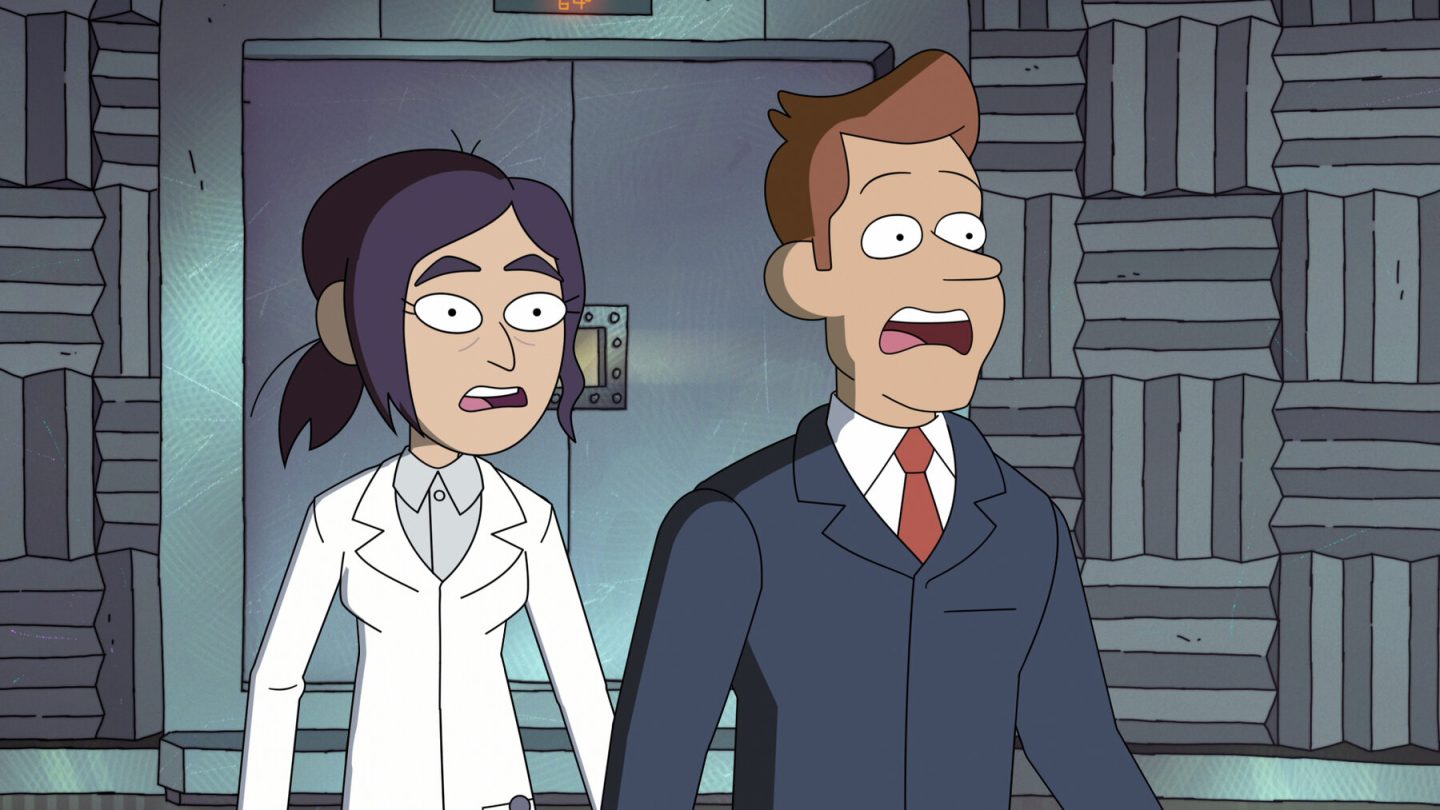 Here’s something you don’t see every day — Netflix renews a show (in this case, the animated Inside Job) and then changes its mind, adding the show to its graveyard of cancellations in perhaps the most ruthless manner you could imagine.

The streaming giant has actually been on a tear in recent weeks when it comes to cancellations, axing fan-favorite series like Warrior Nun and 1899 to the consternation of those specific series’ hardcore fan bases. However, the way Netflix has pulled the plug on Inside Job — from creator and showrunner Shion Takeuchi — is reminiscent of something I can remember only seeing once before: The renewal and then the about-face cancellation of GLOW in 2020.

So what’s the reason?

As always, the unfortunate thing to remember here is that Netflix generally doesn’t share a single thing publicly about why it cancels a given show. For example, the only reason we know about Inside Job’s abrupt ending at all is thanks to the show creator telling us about it.

“I’m heartbroken to confirm that Netflix has decided to cancel season 2 of Inside Job,” Takeuchi announced via Twitter. “Over the years, these characters have become real people to me, and I am devasted to not be able to watch them grow up. Reagan and Brett deserved to get their ending and finally find happiness. And I would have loved to been able to share what was in store with you all.”

Continued Takeuchi: “To everyone who watched, thank you for coming along on the ride. Even though I’m sad, it helps to know that there’s people out there who cared just as much about these characters as me.”

The show — about a shadow government and a dysfunctional team who executes the world’s conspiracy theories — currently has 18 episodes available to stream on Netflix. Netflix’s cancellation reverses the Season 2 renewal that came in the middle of last year. And the voice cast of the show, which was a kind of parody of The X-Files, includes Lizzy Caplan, Christian Slater, and Clark Duke.

As far as “why” Netflix might have changed its mind and moved forward with a cancellation in the case of Inside Job:

In a newly published interview with The New Yorker, Netflix executive Bela Bajaria seemed to shift the blame away from the streamer in this kind of scenario. The company’s algorithm, she pointed out, means that content “is served right up to you in front of your face, so it’s not like you can’t find it. At some point it’s, like, Is the budget better spent on a next new thing?”

Again, in the absence of any kind of justification from the company, we’re left to make some educated guesses in cases like these. One thing we do know is that the completion rate of a show is super-important. If Netflix releases a new season of a show that you really love, and you start watching it over the course of its first month but get too busy to finish — for better or worse, that sends a highly negative signal to the company.

In fact, that actually sends a worse signal to Netflix than if you never got around to starting a new season during its first month at all. Because what the data crunchers see in that case is — whoa, these people are starting the show but dropping off. They must hate it!

“I think @netflix should at least give Inside Job an ending so viewers aren’t left on a cliffhanger,” reads one fan tweet that’s gotten some 22,000 likes as of this writing. “There’s clearly a strong audience that kept up with the series. It was in Netflix’s Top 10 whenever new episodes dropped. Finish the story.”

Adds another, that’s already gotten more than 18,00 likes: “Shion Takeuchi has officially confirmed that Inside Job has been canceled and that the second season has been scrapped. Words cannot describe the heartbreak I feel for the crew to see their hard work scrapped like this and how angry I am at Netflix. This is just heartbreaking.”

Like Inside Job, 1899 is another recent Netflix cancellation that has sent fans into an uproar — especially since it had racked up so much positive viewership data according to none other than Netflix itself.

A Change.org petition calling on Netflix to renew 1899 for a second season has garnered almost 77,000 signatures as of this writing. The show’s fan community, meanwhile, is planning to assemble a book filled with letters, art, and other memories from the show to deliver to the cast and crew in person, according to one of the show’s Instagram fan accounts.