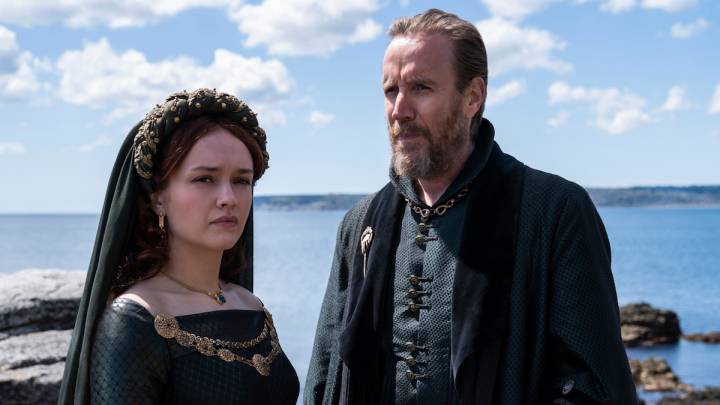 It’s been just over two years since the final episode of Game of Thrones aired on HBO, and fans are still sore about the way the series ended. Of course, that has not stopped the network from plowing forward with half a dozen projects set in the world of George R.R. Martin’s A Song of Ice and Fire. For now, the only show in active development is the prequel series House of the Dragon, and last week, HBO programming chief Casey Bloys offered a rare update.

”House of the Dragon is the only one shooting,” Bloys told Variety last week. “All the other ones are in various stages of development. People may think we have 10 series shooting at the moment. There’s one that will be on the air in 2022. We’ll see how the other scripts come along.”

Save for HBO’s confirmation of the show’s existence, this is about as significant of an update as we have received from the network since the show was announced. Other than that, we know that Ryan J. Condal (Rampage, Colony) has been tapped to be the showrunner of House of the Dragon, while Miguel Sapochnik will return to the fantasy world to direct and executive produce.

“It looks spectacular,” Bloys revealed, having seen some of what the team has filmed in England. “The cast that (Sapochnik) and Ryan have put together looks good.”

Finally, when it comes to Game of Thrones showrunners David Benioff and D.B. Weiss, Bloys says that the two men “have been entirely hands off” on House of the Dragon. “They’re off working at Netflix,” he told Variety, referring to their $200 million deal with the streamer.

HBO has yet to show the public any footage from the show, but we did get some still images of the cast in their costumes last month. You can check those out here — one showcases Emma D’Arcy and Matt Smith as Princess Rhaenyra Targaryen and Prince Daemon Targaryen, one features Olivia Cooke and Rhys Ifans as Alicent Hightower and Otto Hightower, and the last gives us our first look at Steve Toussaint playing Lord Corlys Velaryon. There are no trailers yet.

House of the Dragon is based on George R.R. Martin’s book Fire & Blood, which he calls “an imagined history” of the world in which Game of Thrones takes place. Here’s the synopsis:

Centuries before the events of A Game of Thrones, House Targaryen—the only family of dragonlords to survive the Doom of Valyria—took up residence on Dragonstone. Fire & Blood begins their tale with the legendary Aegon the Conqueror, creator of the Iron Throne, and goes on to recount the generations of Targaryens who fought to hold that iconic seat, all the way up to the civil war that nearly tore their dynasty apart.

House of the Dragon will debut on HBO and HBO Max in 2022.