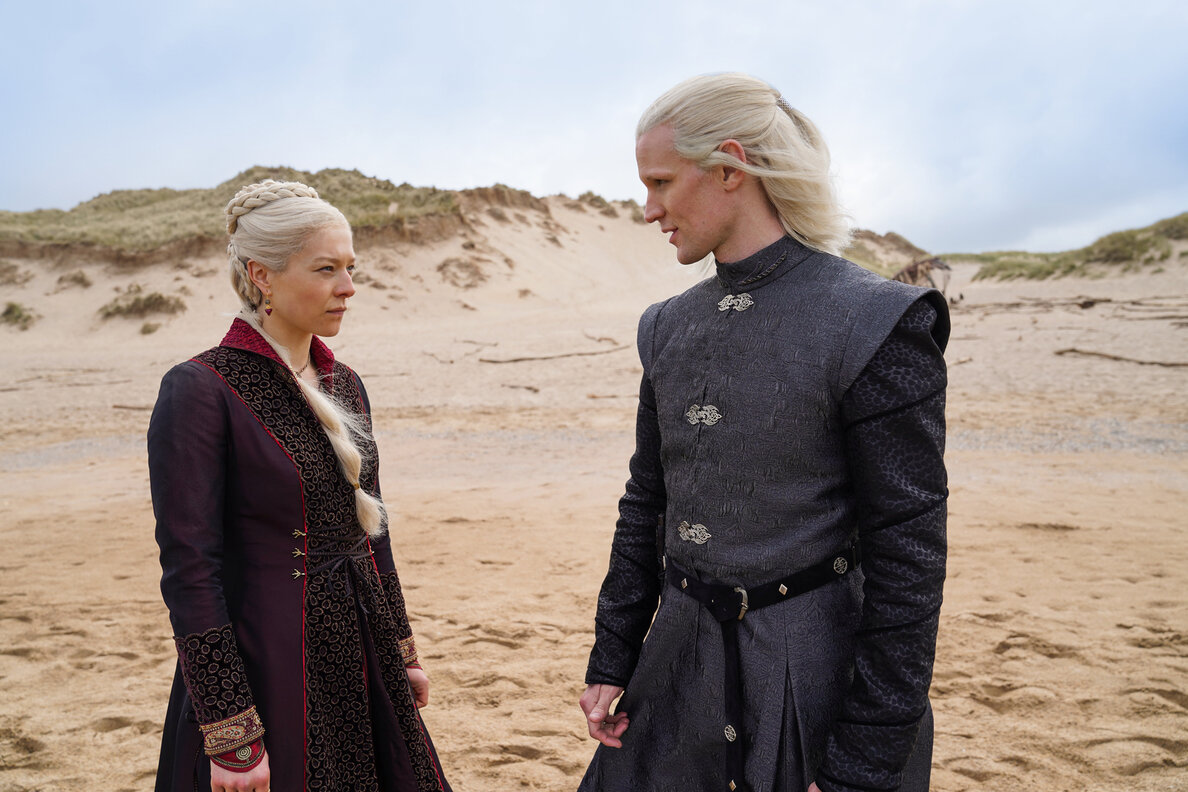 Anyone with an interest in the Game of Thrones prequel series titled House of the Dragon that HBO has just begun filming got another small reward today, in the form of the first official images released from the set.

Based on Fire & Blood, the imagined history of the world of Westeros that creator George R.R. Martin published back in 2018, this prequel series will be set 300 years before the events of the Game of Thrones series, and as it unfolds it will tell the story of House Targaryen. Production on House of the Dragon began last week, and the series is set to be available to stream on in 2022. Meantime, let’s take a closer look at some of the characters and actors captured in the official images released today.

On his blog, Martin has explained previously that Fire & Blood “covers the Targaryens from Aegon’s Conquest through the regency of the boy king Aegon III.” If you’re curious about what HBO’s Game of Thrones prequel will cover, Martin continues, “yeah, you want to pick this (book) up.” Speaking of Targaryens, meanwhile, take another look at the image above of the man and woman with white hair.

That photo is of actors Emma D’Arcy and Matt Smith, portraying Princess Rhaenyra Targaryen and Prince Daemon Targaryen, respectively. Per HBO’s description, the princess is the first-born child of the king, of pure Valyrian blood, and she’s also a dragonrider. The prince, meanwhile, is the younger brother to King Viserys and heir to the throne. A warrior and a dragonrider, Daemon also possesses “the true blood of the dragon.”

.@HBO officially confirmed that #HouseoftheDragon  started filming today.
The series is coming out to .@hbomax in 2022
Fire will reign 🔥 pic.twitter.com/0d6KoBdwMC

Here also are two other official images that HBO released today from the set of House of the Dragon:

Next up, we have actor Steve Toussaint portraying Lord Corlys Velaryon (The Sea Snake). This character is Lord of House Velaryon, a Valyrian bloodline as old as House Targaryen.  As “The Sea Snake,” the most famed nautical adventurer in the history of Westeros, HBO describes Lord Corlys as a figure who built his house into a powerful seat that is even richer than the Lannisters and that claims the largest navy in the world.

Here’s a snapshot of Lord Corlys:

The final image HBO released today from the set shows Olivia Cooke and Rhys Ifans portraying Alicent Hightower and Otto Hightower, respectively. And here are the descriptions we have about each of those characters.

Alicent is the daughter of Otto Hightower, the Hand of the King, and “the most comely woman in the Seven Kingdoms.” She was raised in the Red Keep, is close to the king and his innermost circle, and “she possesses both a courtly grace and a keen political acumen.” Otto Hightower, meanwhile, serves as the Hand of The King — and, ominously, he believes that the greatest threat to the kingdom is the king’s brother, Daemon, given his position as heir to the throne.