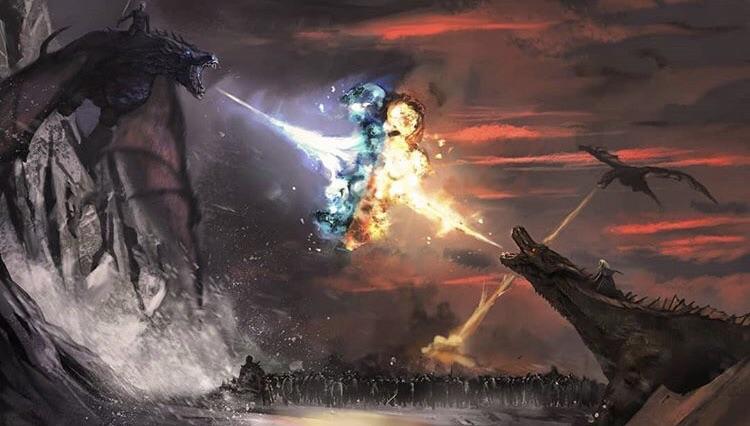 We often talk about Game of Thrones replacements because so many studios are trying to replicate the tremendous success that HBO had with the series. Shows like The Witcher, Lord of the Rings, and His Dark Materials are some of the new TV series that are already available or coming soon to streaming sites and HBO. But if you want more genuine Game of Thrones action set in the Thrones universe, then you’ll have to wait for HBO to launch its first prequel. And you’re in for quite a long wait, considering HBO’s latest statement on the matter.

Talking to Variety about the House of the Dragon TV series, HBO programming chief Casey Bloys said that 2022 is his best guess for the moment. “They are in the room breaking story right now,” Bloys said. “My guess is we’ll see it on the air in ’22.”

The new show, which is co-created by George R.R. Martin and Ryan Condal, will take place 300 years before the events of Thrones, and it’s based on Fire & Blood. That’s about all we know about the prequel right now.

Bloys did expand on why HBO turned down the other prequel, even after the pilot had already been filmed — that’s the pilot starring Naomi Watts that we all heard so much about. “Pilots – sometimes they come together, sometimes they don’t,” Bloys said. “And I would say that was very much the case here. There’s nothing I would point to and say ‘Oh, this was the problem.’”

He did reveal that Jane Goldman created a beautiful world for the series that was ultimately canceled. “That [prequel] was 8,000 years before the current show, so it required a lot more invention,” he said. “One of the benefits of House of the Dragon is there was a text from George, and there was a little bit more of a roadmap. [Goldman’s prequel] did have more challenges in terms of establishing a world, but I think she handled that beautifully… there wasn’t one glaring thing.”

House of the Dragon sounds like it could be a winner though, and we can only hope that HBO can recreate the magic that made Game of Thrones so incredible for seven seasons.