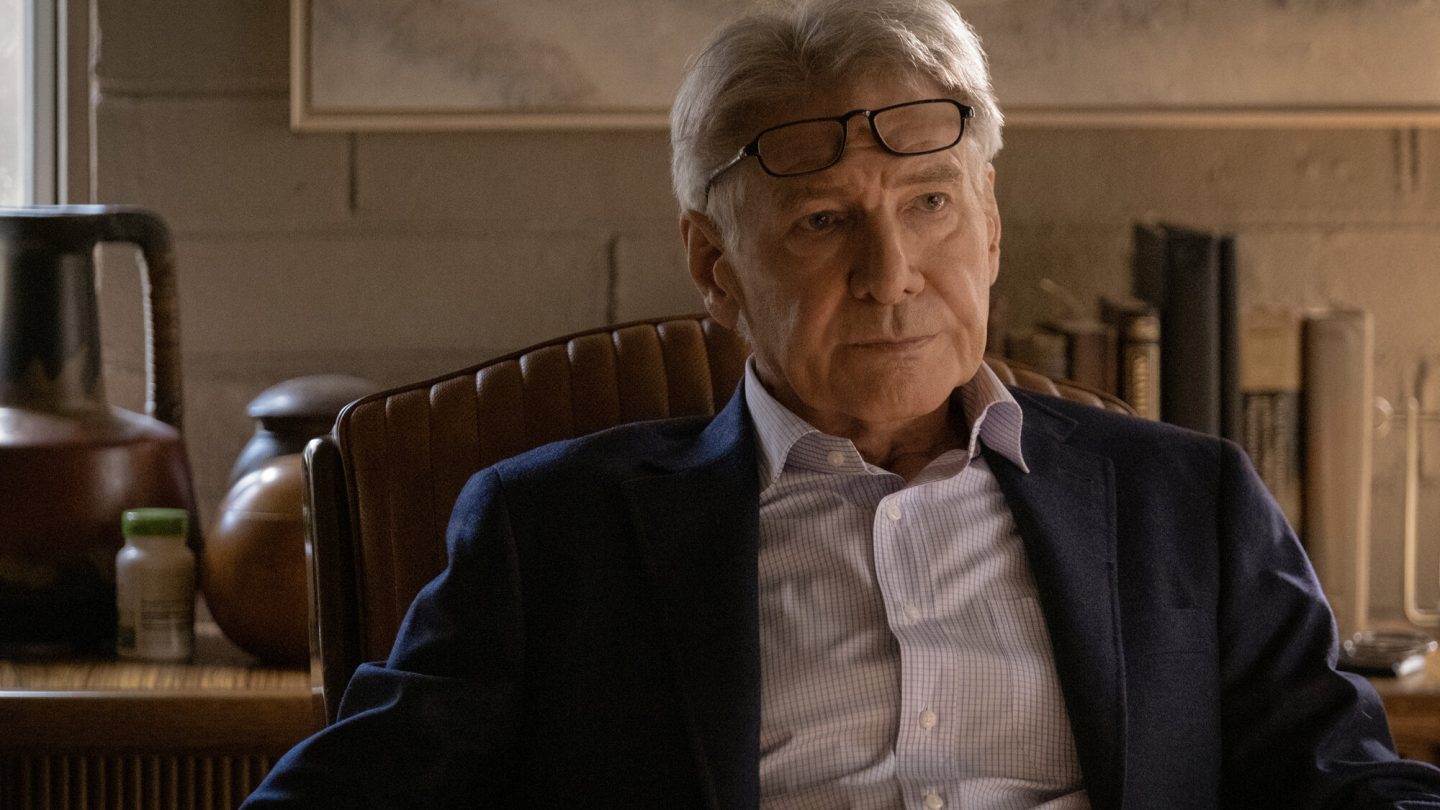 Harrison Ford is showing up in an unusual place for the 80-year-old actor these days: The small screen. The Indiana Jones star has just taken on the first TV roles of his career — one of them, as Jacob Dutton in Taylor Sheridan’s 1923 on Paramount Plus, and the other as a therapist in the new Apple TV Plus comedy Shrinking.

The latter series, a workplace comedy from the co-creator of Apple’s Ted Lasso, will debut on the iPhone maker’s streamer later this month. In it, Ford plays Dr. Phil Rhodes, a therapist who’s recently been diagnosed with Parkinson’s.

Shrinking on Apple TV Plus

Apple will release the first two episodes of Shrinking together on January 27, followed by one new episode a week every Friday thereafter. As for the writing team behind the show, in addition to Ted Lasso’s Bill Lawrence, the team also includes Shrinking star Jason Segel and Ted Lasso star Brett Goldstein.

From Apple’s official description of the series:

“Shrinking follows a grieving therapist who starts to break the rules and tell his clients exactly what he thinks. Ignoring his training and ethics, he finds himself making huge, tumultuous changes to people’s lives … including his own.”

Besides Ford and Segel, the cast includes Christa Miller, Jessica Williams, Michael Urie, Luke Tennie, and Lukita Maxwell. What’s also especially interesting to me about this series is how it’s indicative of Apple increasingly cross-pollinating when it comes to projects for Apple TV Plus. For better or for worse — if the company likes something or someone in one project, it seems to keep finding an opportunity to use it or them again.

Segel and Apple TV Plus previously worked together, for example, for the film The Sky is Everywhere (Segel was one of the stars). Goldstein, of course, plays the irascible Roy Kent on Lawrence’s Ted Lasso, while Lawrence also has another series in the works for Apple (Bad Money, about a one-time detective in Florida who’s demoted to working as a restaurant inspector).

Shrinking, meanwhile, will cap off Apple’s January release slate which also includes the premieres of new seasons of Servant and Truth Be Told.