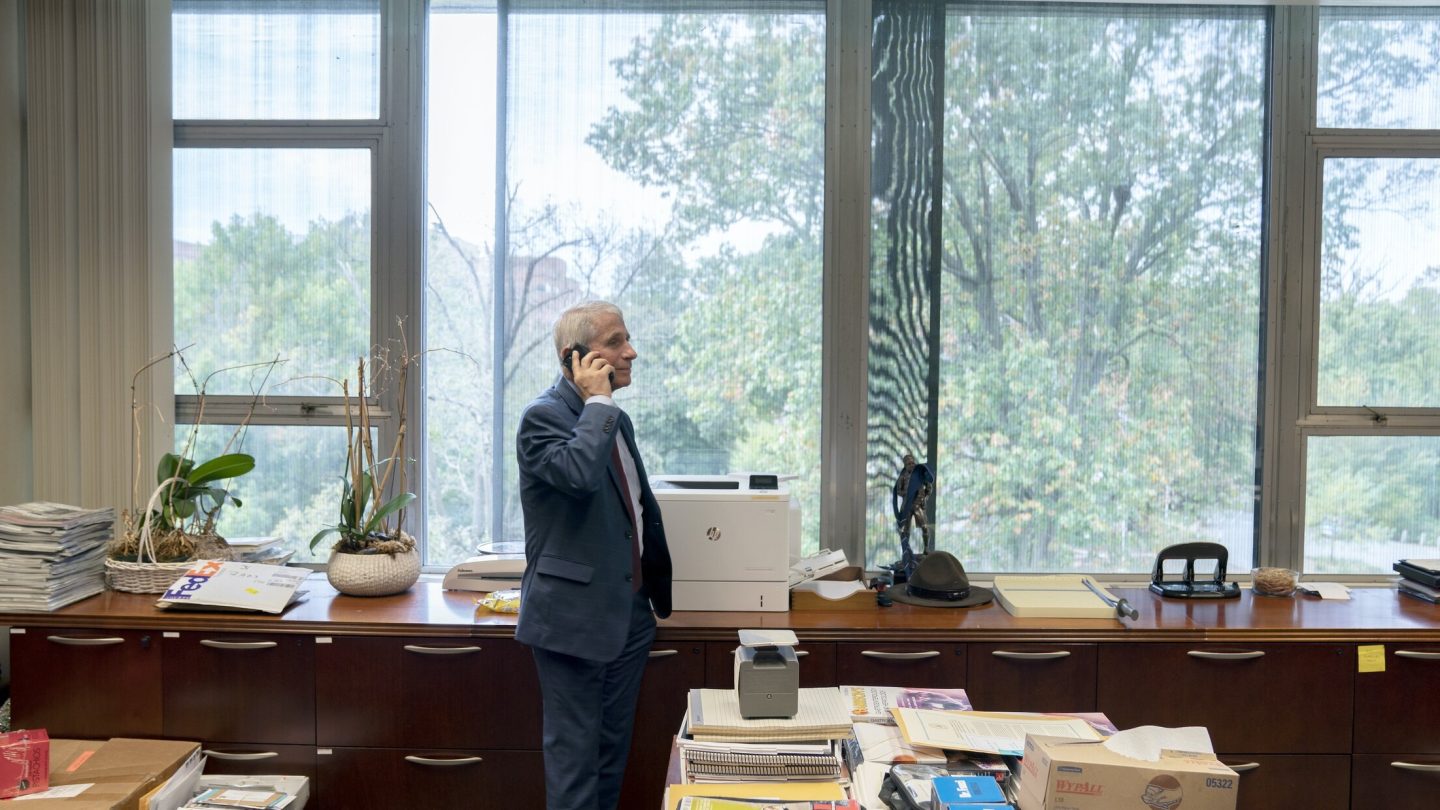 When we talk about the most controversial streaming releases of the year, the ones that divided fans the most or resulted in a huge divide between fans and critics, Netflix content might immediately come to mind. Maybe, titles like Sex/Life, or season two of Tiger King — both of which got eviscerated by critics and viewers. You could also look to other streamers like to find more examples like these. Believe it or not, though, it’s actually Disney Plus that may have given us the most polarizing release of all during 2021. One with a divide between the reaction from critics and audiences that could not have been wider.

We’re referring to the documentary produced by a National Geographic crew that shadowed White House chief medical advisor Dr. Anthony Fauci. And which ended up producing Fauci, a quasi-biography about the man who’s been essentially the national face of the US response to the Covid pandemic.

We say “quasi” biography, because the movie does present a snapshot of Fauci’s life. But it also goes deep on his response to crises including HIV/AIDS and COVID-19. Without committing 100% to either approach, it really makes this a hybrid sort of narrative.

“With his signature blend of scientific acumen, candor, and integrity, Dr. Anthony Fauci became America’s most unlikely cultural icon during the COVID-19 pandemic,” reads the summary from Plus. “A world-renowned infectious disease specialist and the longest-serving public health leader in Washington, DC, he has overseen the US response to 40 years’ worth of outbreaks, including HIV/AIDS, SARS, and Ebola.

“Crafted around unprecedented access to Dr. Fauci, National Geographic Documentary Films’ Fauci is a revealing portrait of one of our most dedicated public servants.”

As you might imagine, the responses to this one could not be more disparate. Based on the Rotten Tomatoes numbers you can see above, for example, critics more or less thought the documentary hit its mark. But then we go from a pretty high 85% critics score to a nearly-as-low-as-it-can-get 2% score from users.

“There is only one Dr. Tony Fauci”

In a joint statement about their film, directors John Hoffman and Janet Tobias said that “There is only one Dr. Tony Fauci, and it’s an incredible privilege to be the first to tell the story of his life and career, including his never-ending quest to cure disease and prevent outbreaks.”

You can sign up for Disney Plus here if you want to stream this release.

In my opinion? You’d be hard-pressed to find many more 2021 streaming releases with as much of a ratings split as the one that Fauci has. On both extremes, you’ve got critics who praise the release and viewers who apparently think it’s one of the worst of the year. Obviously, there’s a political component to the latter. But, lest you think the Rotten Tomatoes score doesn’t accurately capture peoples’ anger at this film? Then the comments users left for the trailer on YouTube should quickly disabuse you of that notion: