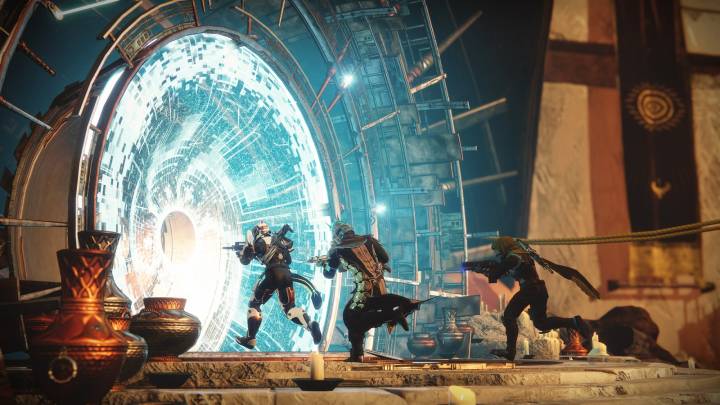 When Destiny 2 launched back in September, the reaction was mostly positive. The sequel retained a majority of what made the first game such a big hit while eliminating the elements that turned players off. But after a few weeks to blow through the content, max out their power levels and beat the raid, many Destiny 2 players were left with few reasons to keep coming back. They ran out of content even more quickly than they had in the original Destiny.

Bungie is now hard at work on a series of updates that will incentivize regular play, but in the meantime, the game’s first expansion — Curse of Osiris — launched on Tuesday morning. The expansion opens up a new region to explore on Mercury, along with new missions to complete, new Strikes to take on and new gear to collect.

The expansion is now live on PS4, Xbox One and PC, so no matter which version of Destiny 2 you own, there’s plenty of new content to check out (providing you already preordered the Expansion Pass for $34.99). But the expansion is just part of the story. In addition to the new content, Bungie has also balanced the old content in a major patch.

You can read the full patch notes on Bungie’s website, but there are several additions and changes worth highlighting. First and foremost, Destiny 2 Update 1.1.0 upgraded resolutions to 4K and adaptive 4K on the Xbox One X and PS4 Pro, respectively, as well as high dynamic range lighting. If you own either of the souped-up consoles, you can finally see the worlds of Destiny 2 as they were meant to be seen in full 4K.

Other changes include increased damage to bosses from Super abilities, increased rate of Legendary item drops from Public Events for players that have reached level 20, a higher recommended power level for the Leviathan raid, a host of buffs and nerfs for many of the games weapons and countless bug fixes in all areas of the game.

Whether you bought the expansion or not, it’s worth logging back in just to see how much has changed now that the first massive balance patch has arrived. Even more updates are expected to arrive on December 12th.