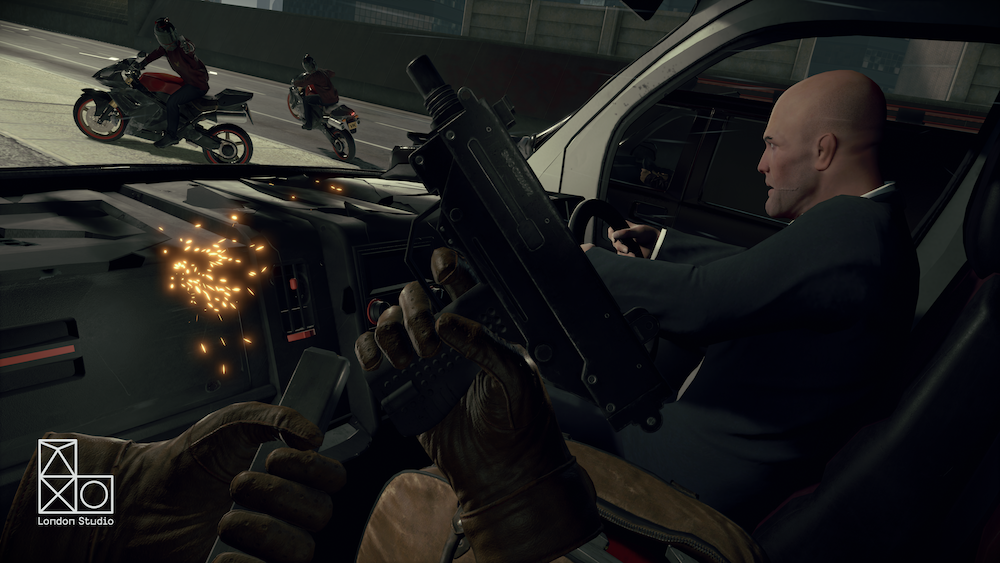 When PlayStation VR launches in the middle of October, there will be more than 20 games available for the platform. Although I’ll have had a chance to play a chunk of them before launch, I won’t have time to cover each and every game individually on the site. So instead, I’ve decided to put together a continually updated ranking of every launch game that I play based on how much I enjoy it.

As I get my hands on more games, I’ll update the list, but for now, these are all the games that will be available at launch in the order you should consider buying them: 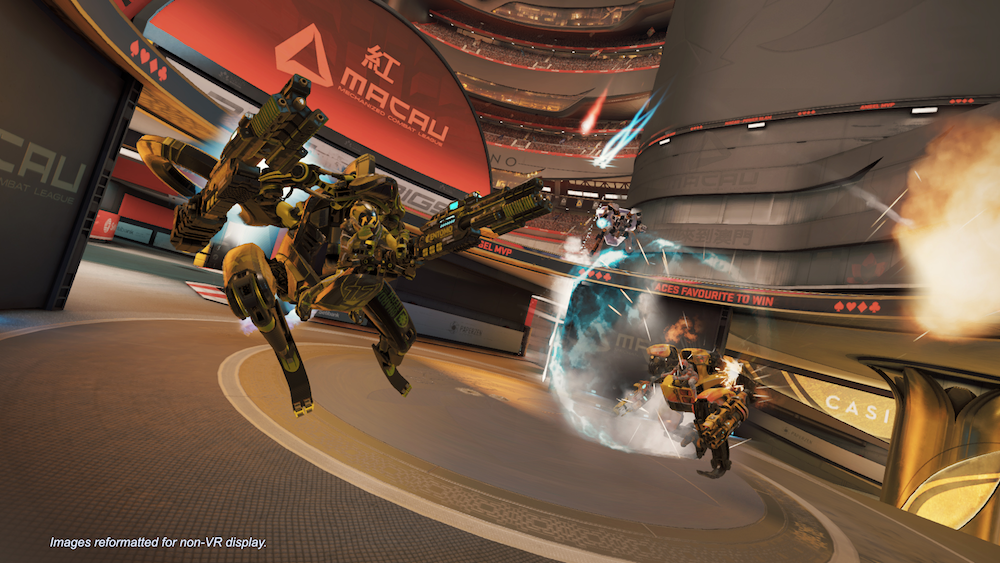 In my opinion, REZ is PlayStation VR’s killer app. It’s a first-person mech brawler with some of the most intense combat of any virtual reality game I’ve played to date. There’s a full offline season mode, online matches, a thorough practice mode where you can try out any of the dozens of available mechs and countless challenges that will unlock customization options for your pilot. Plus, it’s one of the better looking games on the PS VR. This one’s a must-buy. 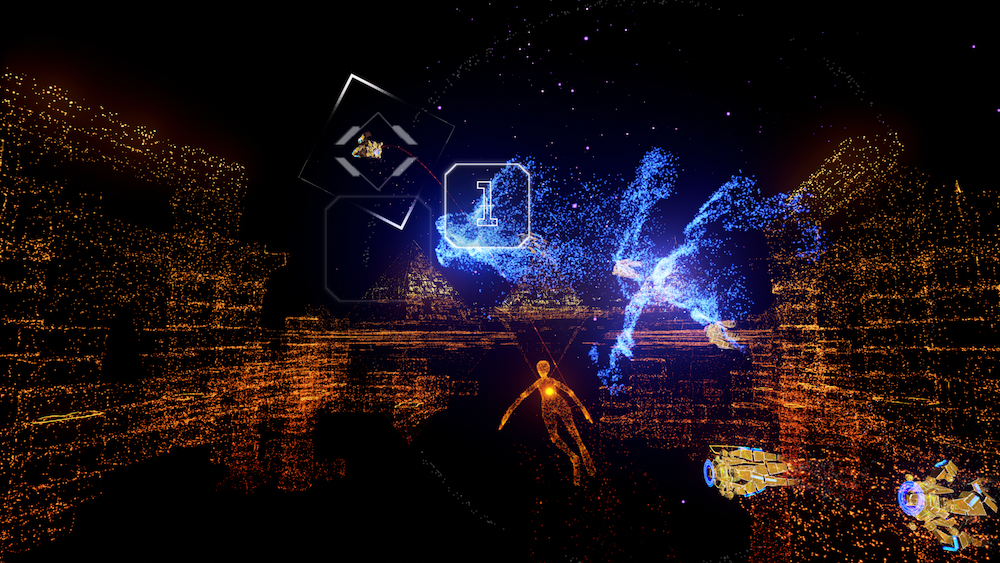 Who would have thought a fifteen year old game would be one of the highlights of the VR game library? Rez Infinite is the latest remake of the Dreamcast classic, an on-rails shooter where players work their way through five techno-filled stages, taking out enemies with a glance and a single button press. If you’ve played Rez before, you owe it to yourself to try it in VR. And if you haven’t played Rez, this is the definitive version of the game. 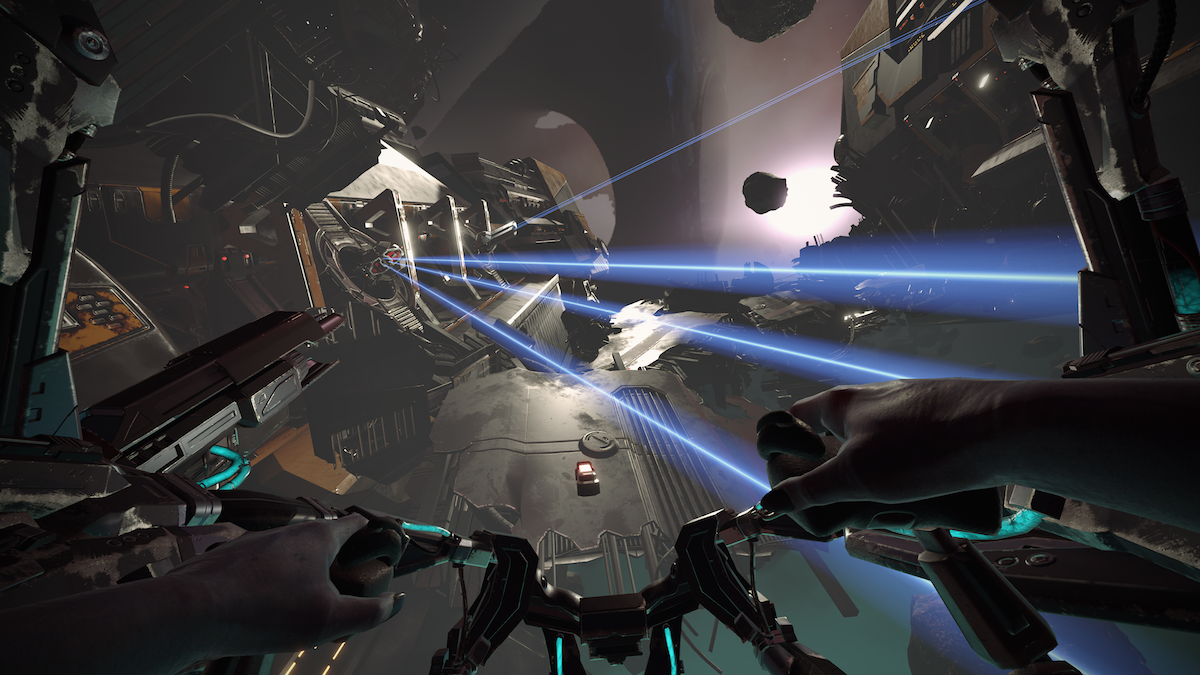 An astounding showcase of virtually everything PS VR has to offer. More than just a glorified retail demo disc, PlayStation VR Worlds features five of the most interesting games and experiences currently available on the platform, from a sort of 3D Pong-clone called Danger Ball where you control the paddle with your gaze to an interactive crime drama with great voice acting and an explosive shootout. 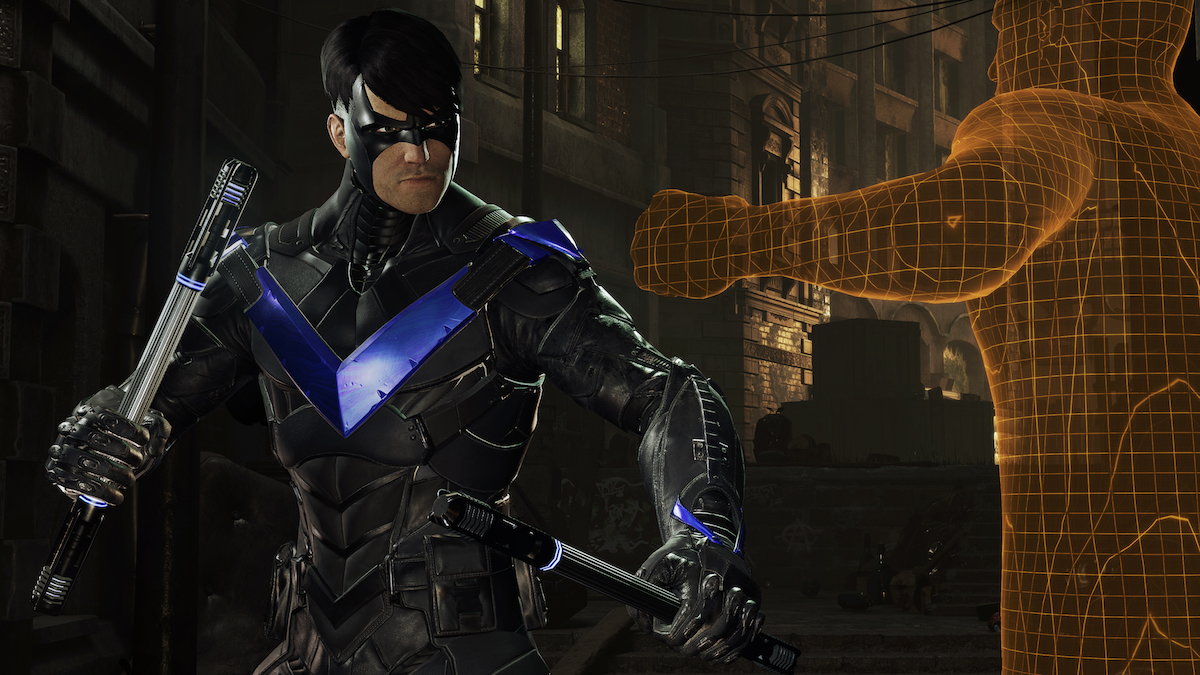 If you’re expecting a Batman game to rival Arkham City or Arkham Knight, you’re almost certainly going to be disappointed with Arkham VR.

If, instead, you want to see a blueprint for how VR will offer meaningful experiences that can stand toe to toe with AAA console games, especially from a presentation standpoint, Arkham VR should be near the top of your list. It’s more cinematic than skill-based, but there’s as much game in Arkham VR as you’re likely to find in a story-driven game on a VR platform. 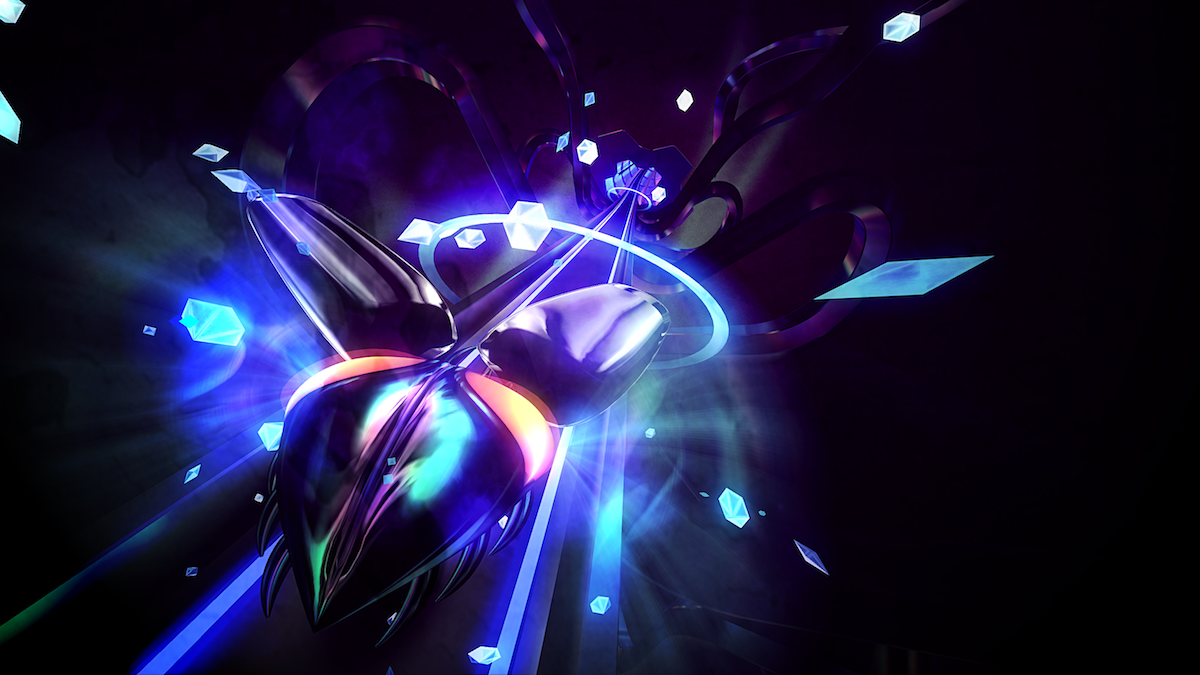 This one snuck up on me. I didn’t realize I wanted a VR “rhythm violence” game until I played Thumper. Basically, the goal is to make it from one end of the track to the other without missing a beat, but playing in VR really raises the stakes. Plus, Thumper is actually a standard PS4 game with a VR mode, so you can always take the PS VR headset off if you want to play on your TV. 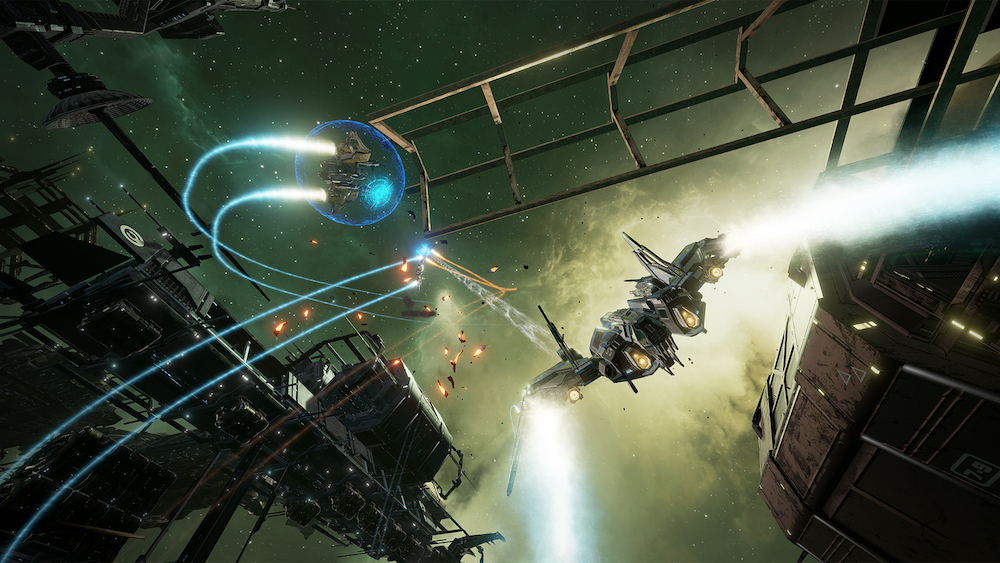 I believe EVE: Valkyrie is now available for every VR platform on the planet. But there’s a reason for that: it’s very, very good. Flying around a desolate battlefield in space while blasting opponents out of the sky would be fun outside of virtual reality, but in the VR realm, it’s even more compelling. 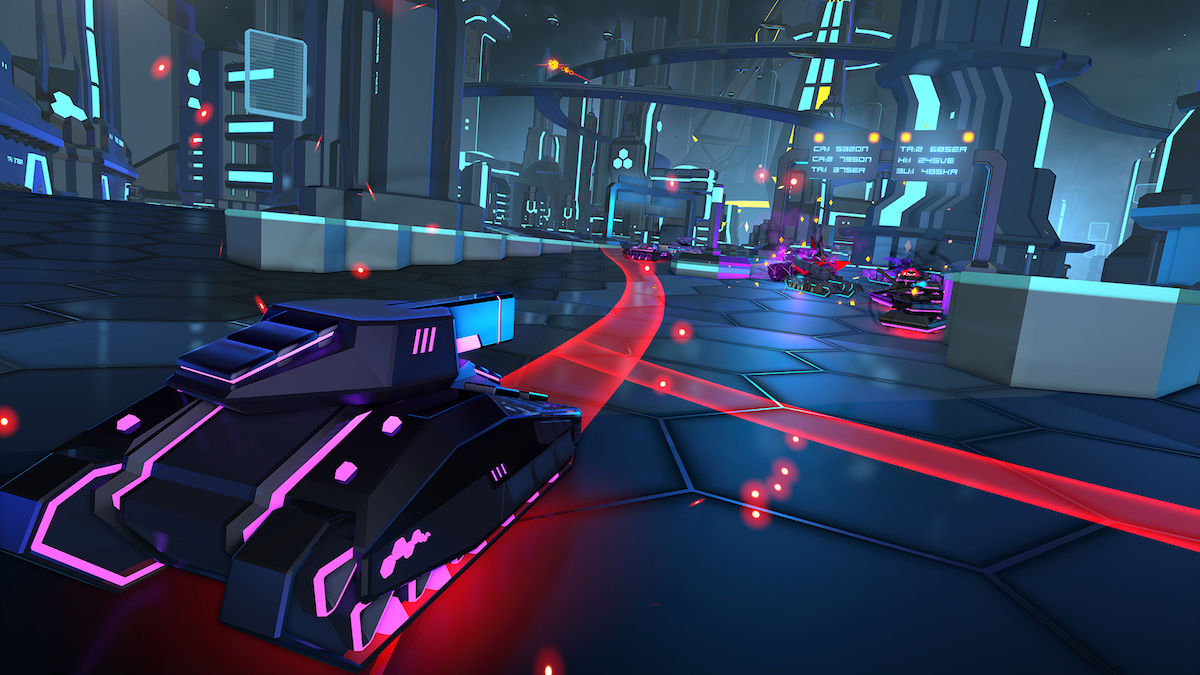 Perhaps the most fleshed out of all the launch games I’ve played, Battlezone puts you inside of a polygonal tank and asks you to explore regions on a map while blowing up anything that tries to get in your way. There are tanks to unlock, power-ups to purchase and even online multiplayer to participate in. 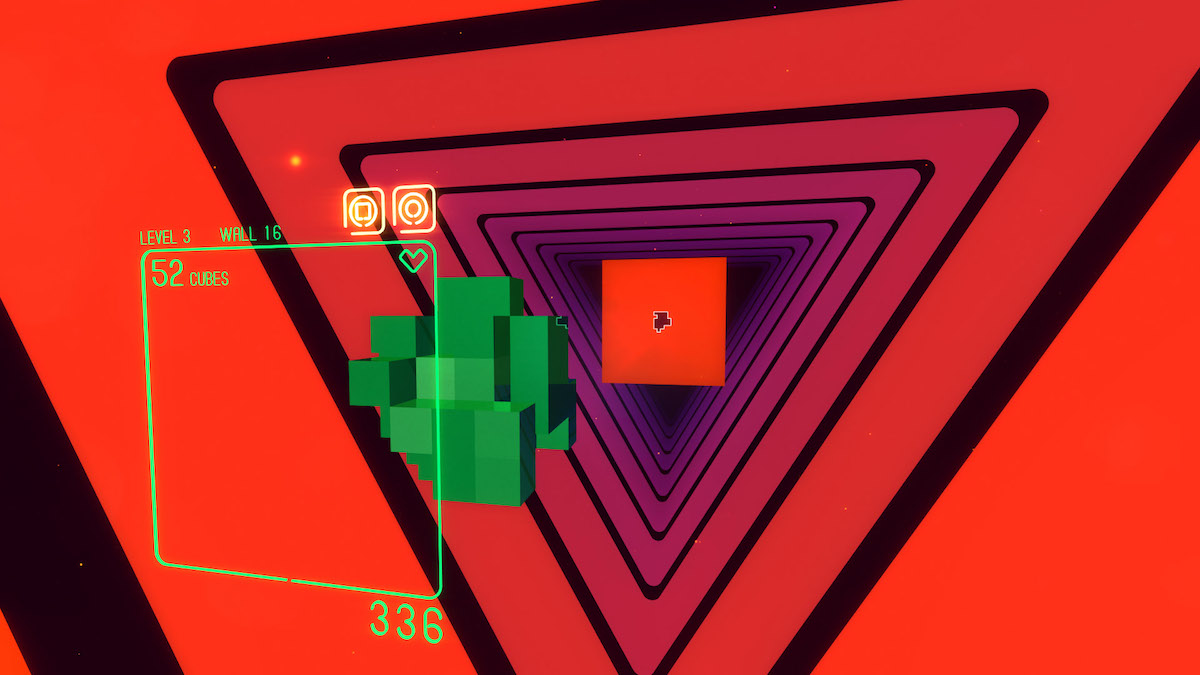 In SUPERHYPERCUBE, all you have to do is fit an object through a hole in a wall. Believe it or not, this is a compelling premise for a game. You start with a cube, but every time you successfully pass through a wall, your object grows in complexity. You have to twist it and turn it in order to fit through the next hole. The music, the visuals and the frantic pace make this an early standout on PS VR. 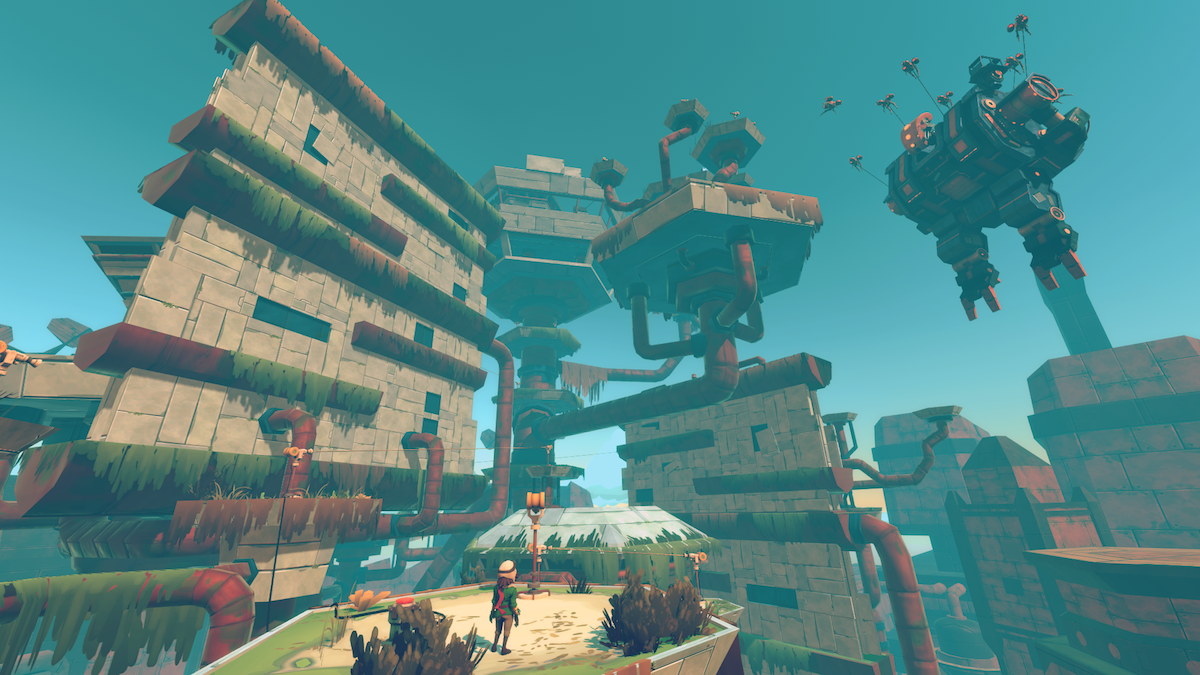 Wayward Sky is a fairly standard point-and-click adventure game, with puzzles to solve and enemies to avoid, but there’s a catch: you see the world from a fixed view overhead. I haven’t yet seen this perspective replicated in any other VR games, but it suits the medium surprisingly well. And the art style is absolutely gorgeous. 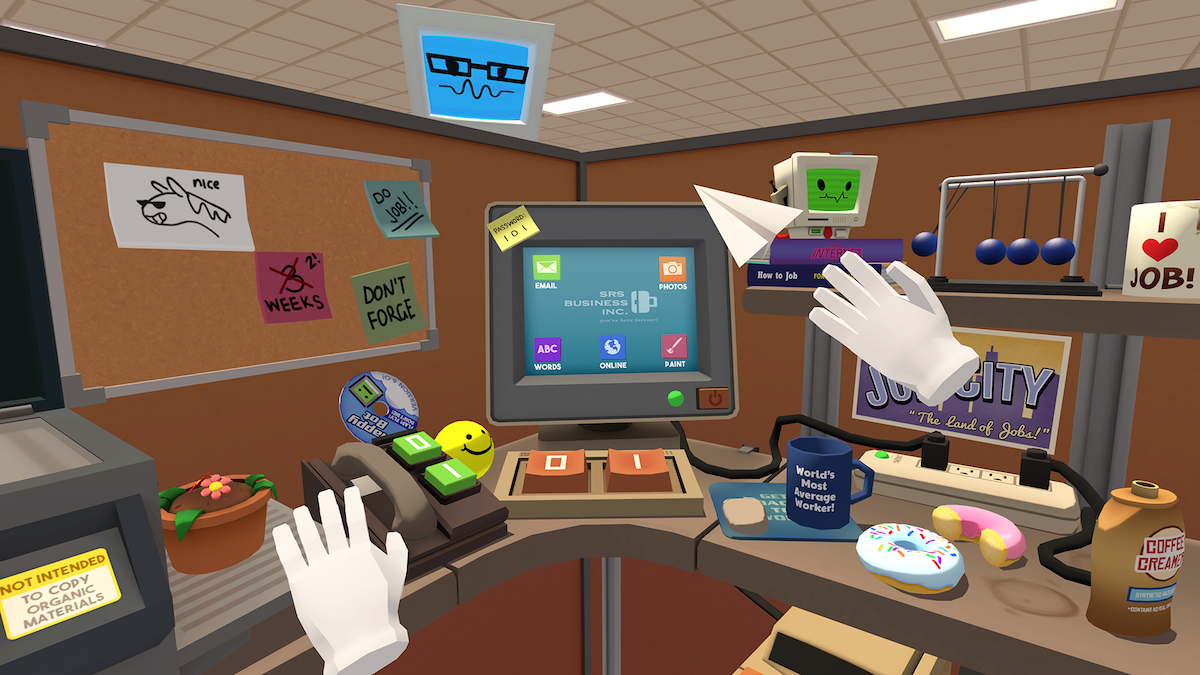 One of the best games I played on the HTC Vive has made its way to PS VR. Unfortunately, the tracking of the PS VR isn’t quite as precise as the Vive, which is necessary for a game like this which has you turning in all directions and manipulating objects in the environment with PlayStation Move controllers. But it’s still fun, funny and a great introduction to VR for someone who wants to start interacting with a VR world. 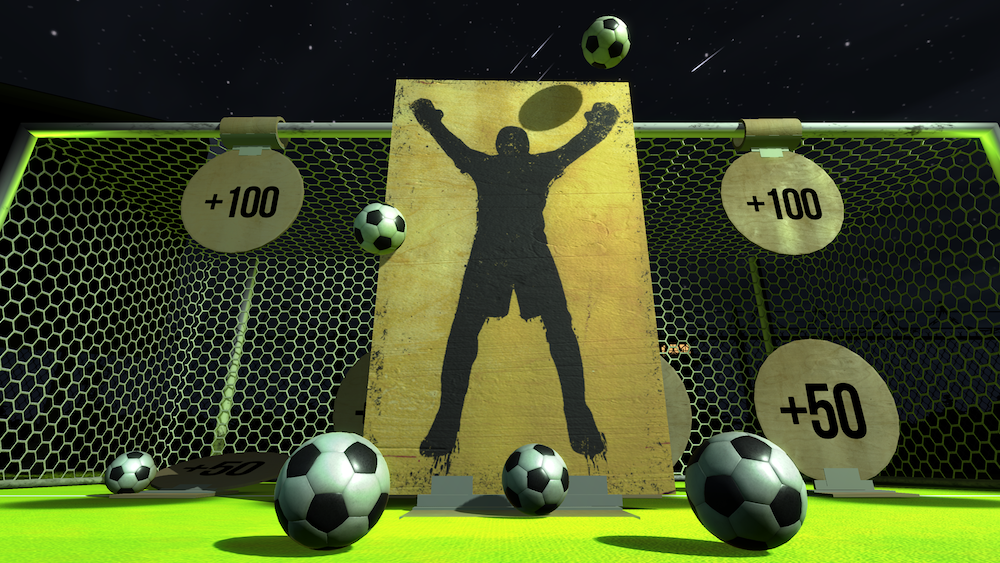 Score goals by bouncing soccer balls off your head. It might sound simple, but trust me, this game is deceptively difficult. It’s probably the best launch game to pass around between friends and family to see who can get the best score. 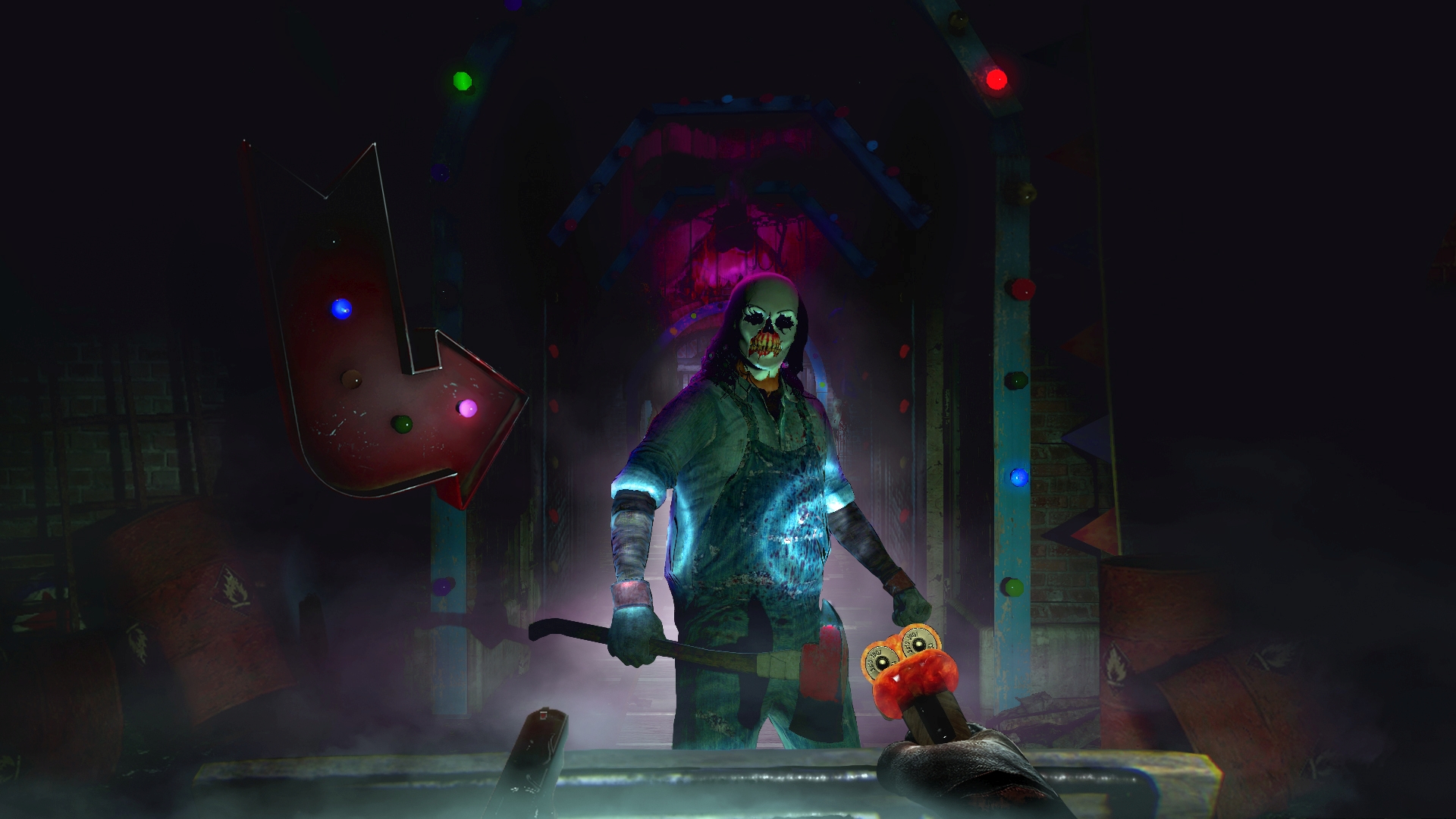 Probably the biggest disappointment of the bunch, Until Dawn: Rush of Blood is a horror-themed shooting gallery that happens to take place while you’re riding a roller coaster. Certainly some neat visuals, but the game didn’t grab me. 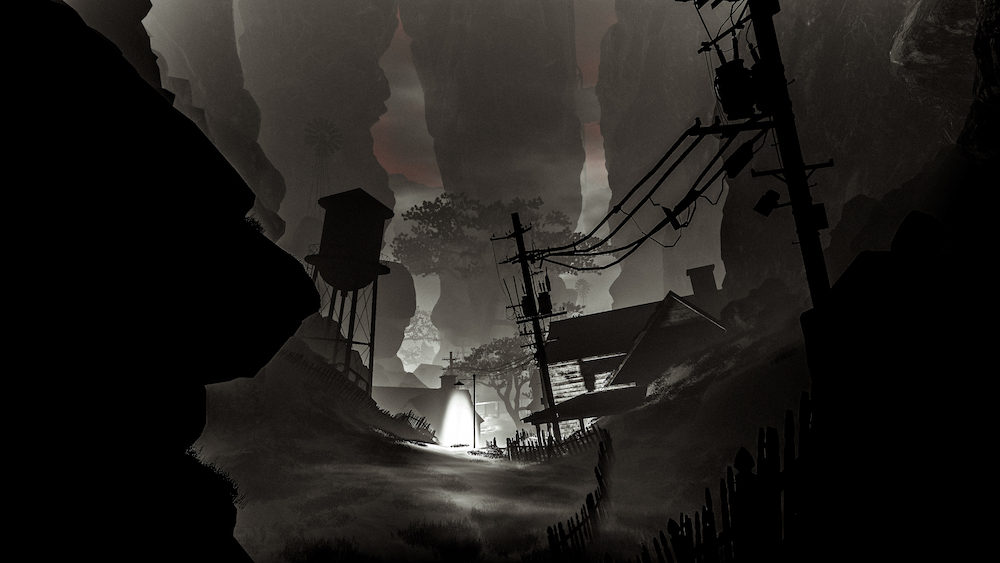 A horror game in VR? I wanted to say “no thanks,” but I knew I had an obligation to try as many PS VR games as possible leading up to the hardware’s launch. I haven’t made too much progress in Here They Lie yet, but it has effectively freaked me out (and it’s one of the few PS VR games that lets you explore). 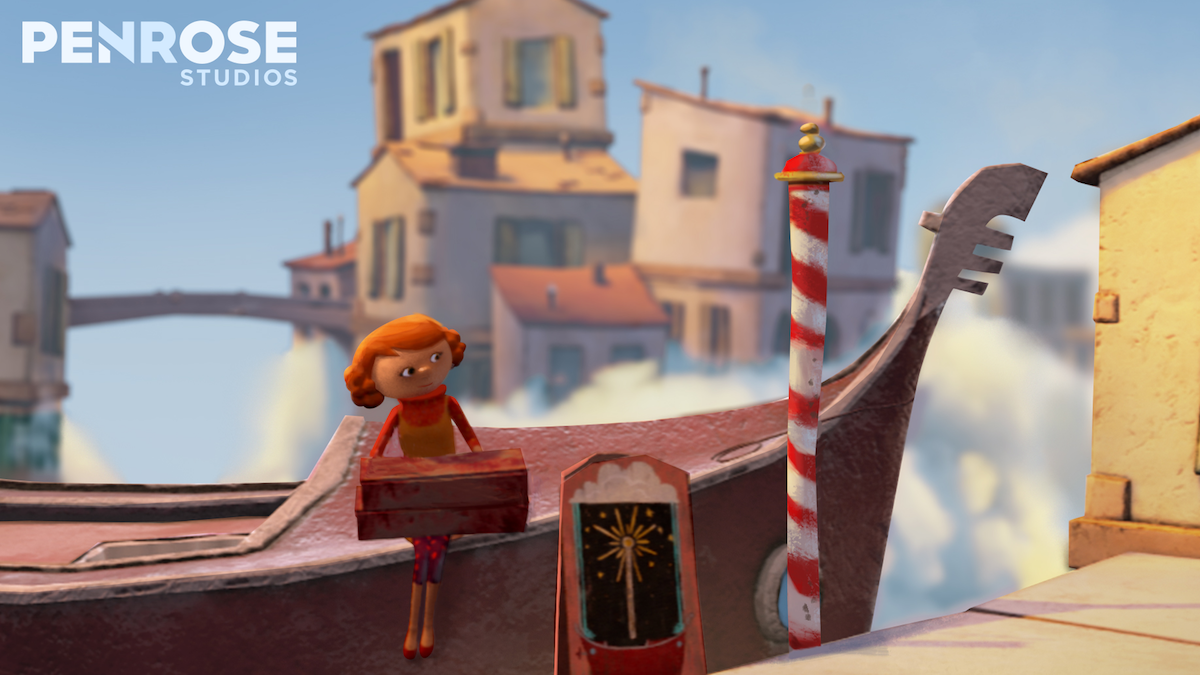 Allumente is a poignant, fascinating animated short film that takes place in a fully 3D world. Your mileage will obviously vary based entirely on whether or not you actually enjoy the film, but it definitely managed to strike a chord with me. 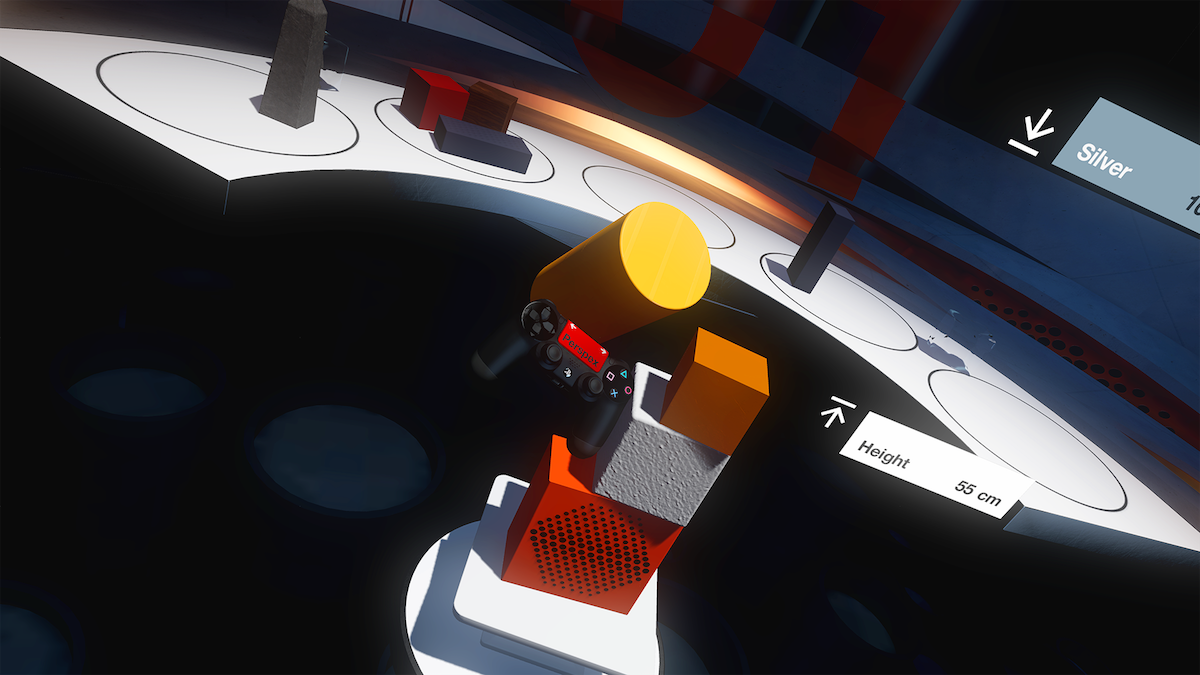 Tumble was a puzzle game for the PS3 that required players to use PS Move controllers to stack objects in a way that they wouldn’t topple over. Tumble VR is the same game, but in VR (although there are new game modes). If you love Jenga, I have a feeling you’ll have a pretty good time with Tumble VR. 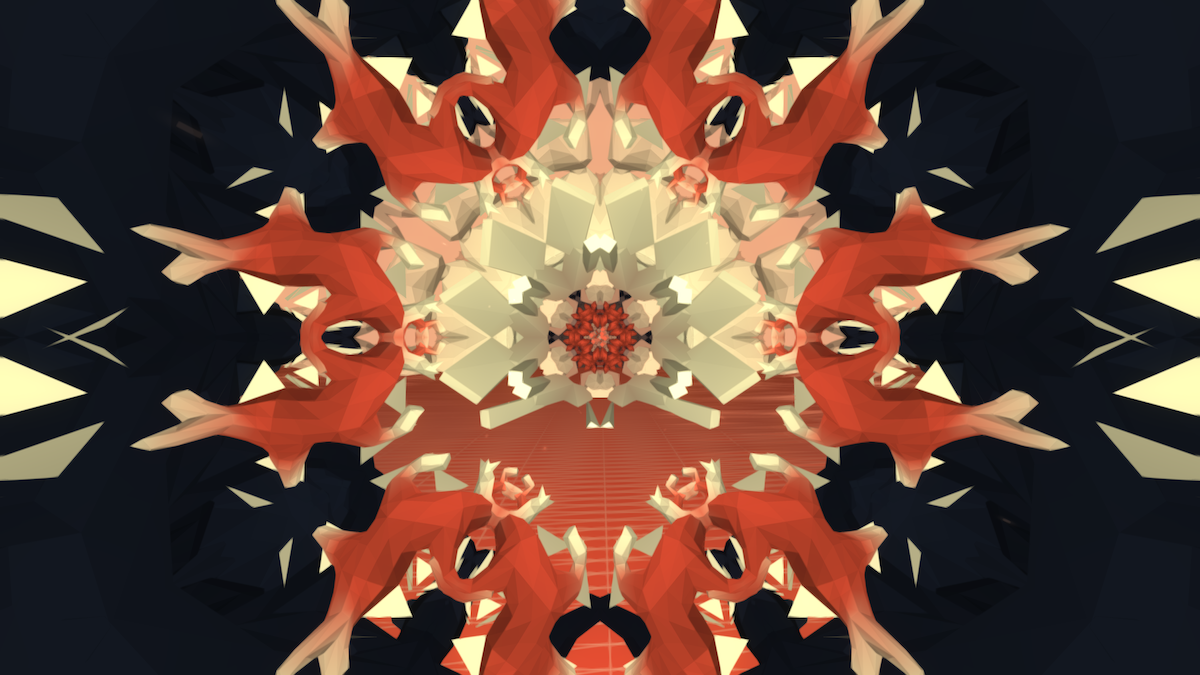 I’m not sure I understand the point of Harmonix Music VR. To be fair, it’s the game I spent the least time with, but it feels more like a hyper-advanced audio visualizer than a game. That’s not to say it isn’t pretty, it’s just not for me.

This list will change in the coming days (and weeks). We’re not allowed to discuss some of the launch games until October 13th (when the actual hardware hits store shelves), so check back then for a (mostly) complete list.