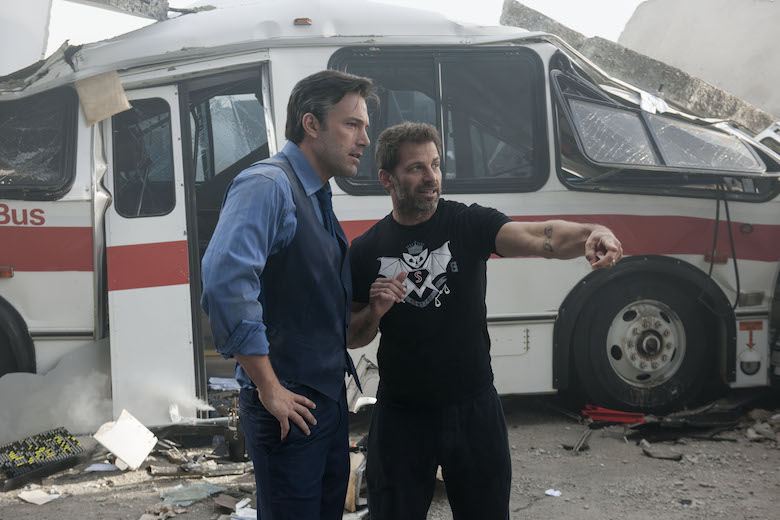 From a critical perspective, the DC movie universe is off to a rocky start. After Batman v Superman: Dawn of Justice was raked over the coals in March, Suicide Squad was expected the turn things around at the end of the summer. The 26% fresh rating on Rotten Tomatoes reveals that it didn’t quite succeed.

Nevertheless, comic book movie fans weren’t willing to give up on DC quite yet. They’re still holding out hope that Wonder Woman and Ben Affleck’s solo Batman movie can reenergize the DCEU, but based on a new interview with Affleck, the existence of the latter film appears to be anything but assured.

Back in October, Affleck said that his solo Batman movie (which he planned to write and direct) would be called The Batman (providing he didn’t change it). A week prior, he hinted that Deathstroke would be the main villain of the movie. While neither Affleck nor DC even made any announcements regarding a potential release date, the project seemed to be coming together relatively smoothly, with Affleck saying as much to Variety in an interview just two weeks ago. But now he can’t keep his story straight.

Speaking with The Guardian in an interview published on January 1st, Affleck said the following when asked about The Batman, casting doubt on whether or not he’ll direct the film — or whether he’ll be involved with it in any capacity:

“That’s the idea. But it’s not a set thing and there’s no script. If it doesn’t come together in a way I think is really great I’m not going to do it.”

Two weeks after telling Variety that he and his crew were “finishing up a script,” Affleck now says that there’s “no script.” Maybe the writing process hit a snag and Affleck is venting his frustration about the current state of the script. Or maybe he’s just trying to manage expectations before fans get too worked up.

Either way, we’ll be keeping a close eye on the project and Affleck’s future comments.