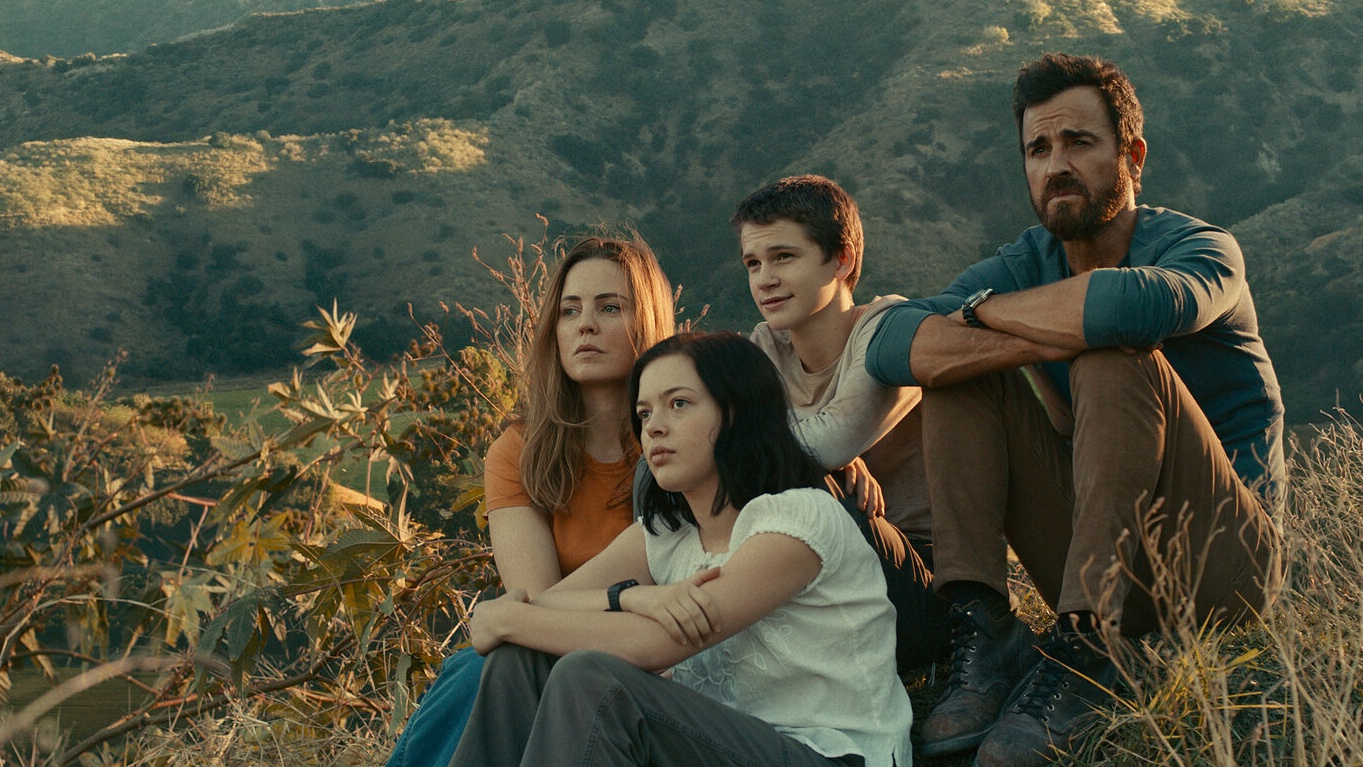 The Mosquito Coast, a 7-episode Apple TV Plus thriller that debuted in April of 2021, was in many respects a perfect pandemic-era binge. It’s a show about escape and starting over, about reducing one’s existence to the protection of family — which might feel especially relevant to viewers who’ve spent months in lockdown and isolation, all while something seems to have slipped loose in the world outside.

Allie Fox, the bearded inventor played here with captivating magnetism by Justin Theroux, certainly gives off that kind of weary, fatalistic vibe in The Mosquito Coast — but that’s only because he either knows or did something bad as part of his mysterious work for the federal government. And so he goes on the run, but not by himself. With a slightly sinister charisma reminiscent of Heisenberg-era Walter White — such that you end up rooting for Theroux’s Fox over the course of the series, all while knowing without a shadow of a doubt that this guy is no angel — he convinces his family that they all need to make an off-the-grid dash for the Mexican border.

And off they go. We’re not completely sure what it is that they’re running to just yet, but they’re fleeing just about every danger you’d expect. Overzealous gun-toting American militia members guarding the border, federal agents, the cartel, you name it.

Spoiler alert: At the end of seven episodes, I’m still not sure what Theroux’s character did that required the family to try and disappear south of the border. Maybe we’ll get more clarity come November 4, when Season 2 debuts on Apple’s streamer.

We’ve certainly already gotten ominous hints and foreshadowing here and there. The kids, at one point, corner their mother (Margot Fox, played by Melissa George) over the matter, hoping she’ll finally spill the beans. The answer she starts to give is, okay, but the first thing you need to understand is … your father never hurt anyone. And then, of course, the scene gets interrupted! It’s that kind of thing — an annoying MacGuffin, according to some reviewers, but in my opinion it’s easy to overlook this lack of explanation since Theroux is so damn good here.

In fact, those of you who’ve spent years stanning The Leftovers — either sign up for Apple TV+, or quit your bellyaching about how it’s a shame that not enough people watched Theroux’s last brilliant stab at the small screen.

Here’s the official Apple TV+ synopsis for The Mosquito Coast:

“Adapted from the best-selling novel, The Mosquito Coast is a gripping adventure and layered character drama series following the dangerous journey of a radical idealist and brilliant inventor, Allie Fox (Justin Theroux), who uproots his family for Mexico when they suddenly find themselves on the run from the US government.”

In a phone interview with me during Apple’s press day for the show, George told me that she loved how the show is a family drama wrapped inside something much more expansive — something international, darker, even.

“When you get a script saying this is the story of a family — a mother, father, teenage daughter, and a teenage son — you think it’s a family drama,” she told me. “You imagine they have dinners, they go on vacations. But I was like, oh my gosh, it’s the Foxes that are escaping America and consumerism and capitalism. And they’re going way down south in search of this Shangri-La, this beautiful new way of life with new rules and no technology. And I thought that was excellent.

“I loved that it’s like a modern-day Swiss Family Robinson. It’s a little bit like Bonnie and Clyde. There’s a lot of things going on, a lot of themes, a lot of metaphors for life. There’s this nice slow kind of burn. And what the characters are at the beginning is certainly not what they end up being at the end.”

The series is based on a novel of the same name, by Paul Theroux (Side note: He’s actually Justin’s uncle). The book’s version of Allie leaves the US because he’s disillusioned by capitalism, and there’s still a little of that in the version of Allie in Apple’s Mosquito Coast. Here, for example, is some of my favorite dialogue from the series, which comes in Episode 2 (First of the Gang to Die).

In this particular scene, Allie has started his escape from the US. He’s still handcuffed from being in the back of a police car (again, for a sin or sins that aren’t revealed to us yet), and he’s made a break for it. He and his daughter Dina have taken refuge in a train station teeming with homeless people, and while Allie is talking in this scene, his daughter is trying to MacGyver together a device that can pick the lock on her father’s handcuffs.

Allie looks around while she does so.

Allie: Can you believe what we do to people? Our government just spent $128 billion on 12 nuclear submarines. $128 billion … couldn’t make 11 submarines, set aside a couple bucks for these people?

Dina: Yeah, I think it’s probably more complicated than that.

Allie: It is. That’s right. Everything’s complicated. But there’s always a solution.

Dina: Not everything can be fixed, Dad.

Allie: ‘Course it can. The trick is actually wanting to fix it. We accept that things wear out. Fall apart. Nobody wants to fix things anymore. Nothing’s built to last. Cars, vacuum cleaners, nothing. TV breaks? Throw it away. Get a new one. I see a TV in a shop window, you know what I see? Future trash.

Dina: Yeah, but these are people.

Allie: That’s right, they’re people. And we throw them away. And you wanna know why? Because they committed the greatest sin of all in this country. These people have stopped consuming. So we throw them away. Throw them away. They’re broken consumers … Consumers. Ever think about what a disgusting word that is? Reducing these human beings to a word like that.

I’d like to think there was some of that idealism and naivety behind whatever break Theroux’s character decided to make with his bosses in the federal government. Maybe he saw something he shouldn’t have, or couldn’t stomach one of the dark compromises that his NSA overlords required of him. Margot, his wife, definitely knows what it is and goes along with it, even if she doesn’t share the details with us.

“Allie and Margot, as a couple, kind of represent the best of us and the worst of us,” director Rupert Wyatt told me in a phone interview. “They’re a close marriage. They come from a place of idealism. One comes from a well-to-do family, the other from a blue-collar, pull-yourself-up-by-your-bootstraps background. They met at college and fell in love and saw the world as it should be. As a result of that, their ideals kind of get the better of them.” This is something I want to see explored more and will thus keep me watching.

Our verdict: Definitely give the show a try. To be sure, it’s not perfect. I thought, for example, that the interactions between the Foxes and the cartel were a lot less terrifying than they should or could have been. In the end, though, it’s a minor quibble. A journey into the heart of darkness isn’t supposed to be this entertaining to watch.

Apple TV Plus the mosquito coast