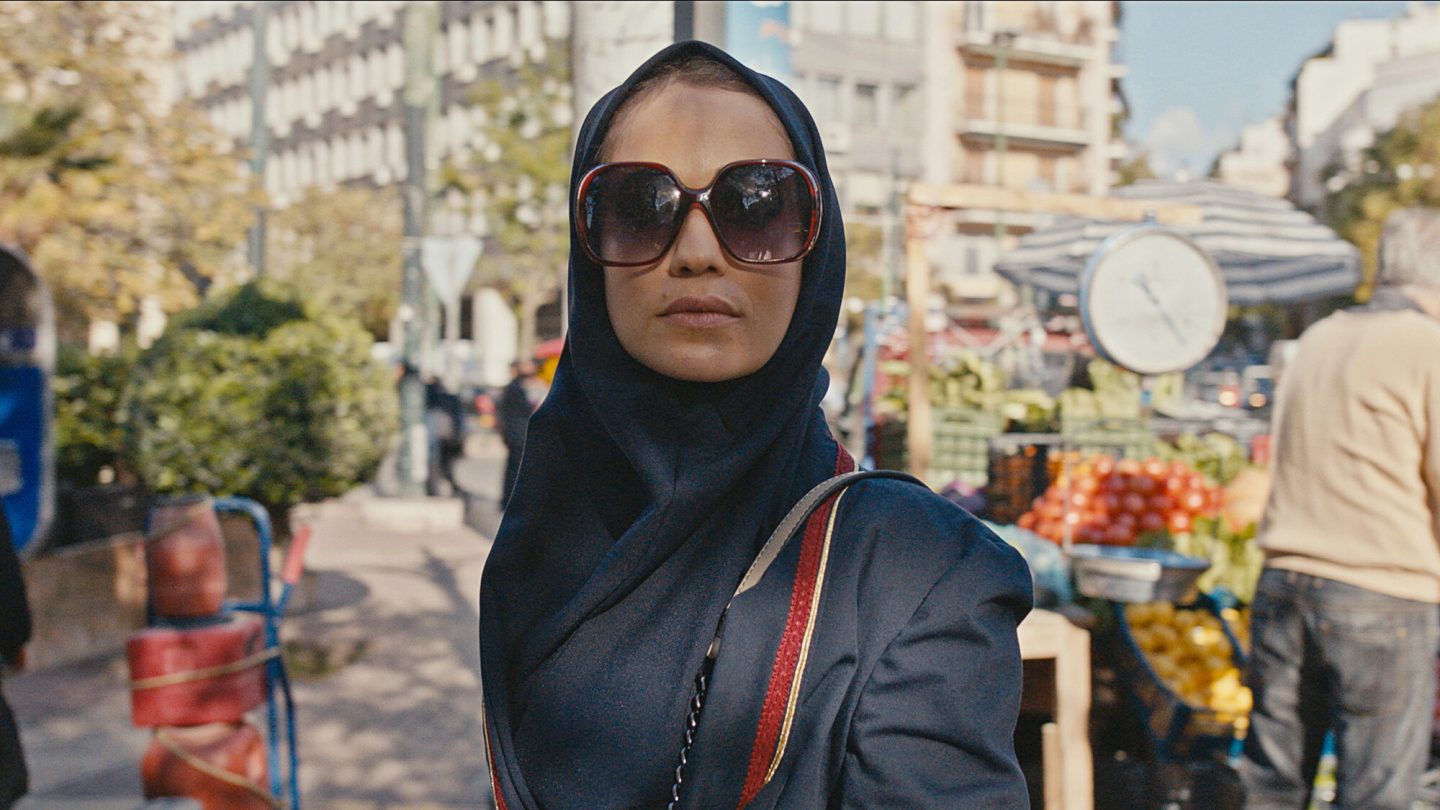 Even though 2020 isn’t over yet — in fact, there’s still two more months’ worth of debuts and premieres teed up on the streaming TV industry calendar — I feel confident enough to go ahead and call it: Tehran, an Israeli spy drama that debuted on Apple TV+ at the end of September, is my favorite new show of the year. And that’s after having only seen seven of the debut season’s eight episodes, the final of which is set to be added to Apple’s now 1-year-old streaming TV service this weekend.

Granted, I could dive into the press screeners site right now and see how it all ends early if I wanted to — and I’m certainly dying to see how the showrunners bring all the murky, high-stakes storylines to a satisfying conclusion, and whether the show’s moody, talented, hacker spy-heroine Tamar is successful with her mission. The one she’s been skulking around in pursuit of in all the shadows, underground, back alleys, and other corners of Iran’s capital city.

To be sure, I knew this series was going to be a favorite of mine straightaway, within the opening minutes of Episode 1 (as I explained here). Admittedly, it was a foregone conclusion that I was a ready-made, captive audience for this show. As a voracious reader of spy thrillers from the best writers of the genre — John le Carre, Daniel Silva, and David Ignatius, to name a few — I’ve also spent these dreadful months of this, our annus horribilis, consuming titles like those as well as things like True Spies, a podcast narrated by actresses Hayley Atwell and Vanessa Kirby that I’m going to get around to reviewing once I finish it. That podcast offers just what the title suggests — a recounting of true stories from the lives of real spies, covering everything from the Cold War to the 2000s-era War on Terror. Having said all that about Tehran, however, when I step back to consider the nascent streaming service that picked the show up, I’d like to go ahead and offer my verdict of Apple TV+ just days ahead of its first birthday. It’s not just that I think my favorite new series easily hits the mark. I also would argue that the streaming service behind it is off to a solid start, despite launching to a fair amount of skepticism back on November 1 of 2019.

For a detailed rundown of everything you need to know about Apple TV+, from pricing to how to subscribe, check out this guide I wrote back in the days just prior to the launch. In this post, I’ll offer an assortment of thoughts from someone who’s had this streaming service from the beginning.

First of all, it’s not a Netflix rival. It’s not even remotely close to being a replacement for Netflix for most of you. It’s just … a different thing. Which doesn’t make it any better or worse, in my mind, but, yeah — if you’re trying to hold this up against Netflix, as too many people do when it comes to judging all the myriad streaming services out there, you definitely won’t be a fan.

What do I mean by this not being a Netflix-killer? By my count, there are only around two dozen shows streaming on + right now, in addition to a little more than half a dozen movies.

Indeed, I was a little skeptical about the slimness of the library starting out, but I’ve only gotten around to four of the films and seven of the TV shows so far. Not for want of trying — just a function of the demands of time. Nevertheless, that’s given me a good enough sense of whether or not I like the service, which is also adding new content every month. Not at the avalanche pace of Netflix’s monthly additions, granted, but enough to keep me enticed about things to come.

One thing I’m not particularly a fan of is the + app, which presents the user with a little bit of a busy screen once you tap into it. I feel like only a casual watcher, or someone on the fence about whether to buy a subscription to + (which costs a dirt-cheap $4.99/month after a 7-day free trial), might be overwhelmed by everything he or she is confronted with. Open the app, and you’re now thrown into an garden (which is not the same thing as +). You’ll see everything from Apple’s own original shows to Channels that you can jump into, like CBS All Access and Showtime, as well as the new Apple Music TV channel. As I scroll down to the bottom, I see new specific shows and movies I can jump into from channels like AMC. My point being, if + is what you’re trying to get to, you’ve got to tap again to jump into that once you’re already inside the app. From there, + content is grouped by comedies, dramas, feature films, and the like.

Admittedly, this is only a minor grumble. Netflix does this same thing, too. When I open the Netflix app, it’s kind of a mad assortment, all together, of Netflix originals side-by-side with third-party content. Oh, and by the way: That monthly price for the service that I mentioned above? You can actually get + for free for a full year when you purchase a new Apple device.

What I like: One of my problems with Netflix is that I get overwhelmed easily and often by the breadth of choice, such that I end up defaulting to what I know or sometimes to even nothing at all. That’s where a service like + is nice. Here’s a brief rundown of the shows and movies that I’ve tried to far, starting with the + movie side:

Now, let’s turn to the TV side of . The shows I’ve checked out are, as I noted above, Tehran, For All Mankind, Little America, Mythic Quest, Ted Lasso, The Morning Show, and Trying. With one exception, I found all of those to be solid, enjoyable watches.

Now, the surprise — a quiet little half-hour comedy imported from the UK called Trying. It’s about a young couple who set out to have a baby (“trying” to get pregnant, or, barring that, to adopt their way to parenthood), and I think the thing that hooked me the most is that this couple is one of the most likable I’ve ever come across on a TV show.

I think, when it’s all said and done, the main thing + did right over its first year of existence is it didn’t try to re-invent the wheel. And it didn’t try to beat Netflix at its own game. This is a service with lots of enjoyable content that, as far as I’m concerned, has made this god-awful year a little easier to stomach. What more can you ask for?

I would be remiss, though, if I didn’t give a nod to the slate of already-announced TV and film projects that are on their way to +. Here’s a small taste of what’s still to come (minus the release dates, which Apple hasn’t disclosed yet for these):

This is an upcoming + comedy series starring Rose Byrne and Seth Rogen, and co-written by Nick Stoller and Francesca Delbanco (from Netflix’s Friends from College). Per Apple, the show “is a 10-episode, half-hour comedy which explores the inner workings of platonic friendship. A pair of former best friends who met in their youth (played by Byrne and Rogen) reconnect as adults and try to mend the rift that led to their falling out. As their friendship becomes more consuming, it destabilizes their lives and causes them to reevaluate their choices.”

This is a forthcoming documentary that Apple snapped up from Academy Award-nominated director Todd Haynes. Apple’s description: “The Velvet Underground created a new sound that changed the world of music, cementing its place as one of rock ’n’ roll’s most revered bands … The Apple Original film features in-depth interviews with the key players of that time combined with a treasure trove of never-before-seen performances and a rich collection of recordings, Warhol films, and other experimental art that creates an immersive experience into what founding member John Cale describes as the band’s creative ethos: ‘How to be elegant and how to be brutal.'”

This is a new half-hour comedy produced by Apple Studios that will star Patricia Arquette, who will also executive produce. Ben Stiller will direct the first episode and also executive produce. Apple’s notes: ‘High Desert follows Peggy (Arquette), a former addict who decides to make a new start after the death of her beloved mother, with whom she lived in the small desert town of Yucca Valley, California, and makes a life-changing decision to become a private investigator.”

This is a new limited series from Academy Award winner John Ridley and Emmy Award winner Carlton Cuse, the latter being the creative mind behind some of my favorite shows including Lost, as well as the very solid Locke & Key on Netflix and Jack Ryan on Amazon. From Apple: “Ridley and Cuse will both serve as showrunners, writers and executive producers on the project.

“Based on the novel by Pulitzer Prize-winning author Sheri Fink, Five Days At Memorial chronicles the first five days in a New Orleans hospital after Hurricane Katrina made landfall. When the floodwaters rose, the power failed and the heat climbed, exhausted caregivers were forced to make life-and-death decisions that haunted them for years to come.”

One more thing: Another upcoming + title I’m especially keen to check out is Masters of the Air, a new WWII-themed story from Tom Hanks and Steven Spielberg. It’s a follow-up of sorts to Band of Brothers, a WWII miniseries that in my opinion is one of the best things HBO has ever produced. The new Apple show is based on Donald L. Miller’s book, Masters of the Air: America’s Bomber Boys Who Fought The Air War Against Nazi Germany.

One more “one more thing” — On Tuesday, Variety confirmed that Apple has reached a deal with Jon Stewart, who will be making his return to current affairs TV via a news-focused one-hour series he’s bringing to Apple. Apple has reportedly already ordered multiple seasons of the series from the get-go, each episode will focus on a specific current affairs topic of national interest, and a companion podcast will accompany each season.