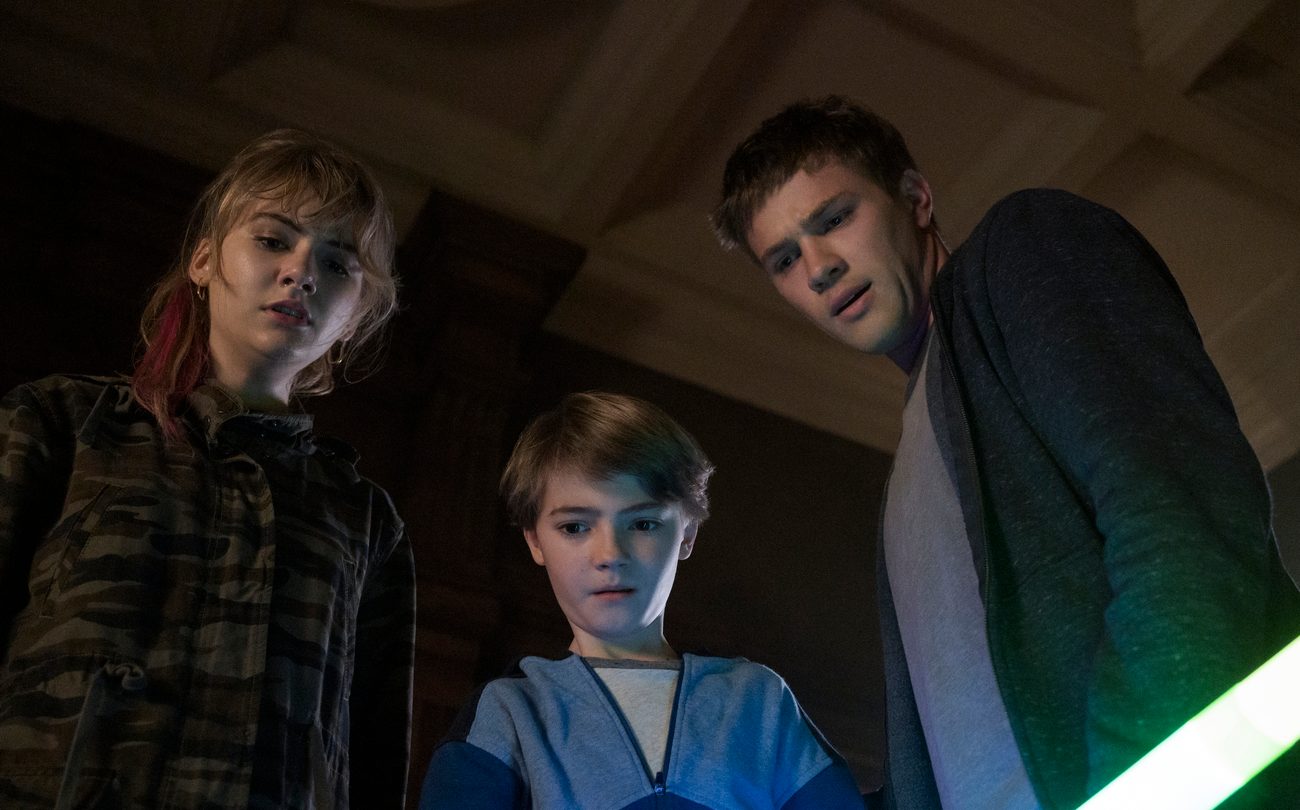 If you’re one of the longtime fans of Locke & Key, the comic book series with a devoted following from illustrator Gabe Rodriguez and writer Joe Hill (the son of Stephen King), you were finally treated to a long-awaited, oft-delayed reward this weekend: A small-screen adaptation, at last, of the comic series that has been in the works for a few years now, bouncing between a number of platforms before ultimately arriving as, in the opinion of this writer, a satisfying and family-friend fantasy series worth checking out on Netflix.

The story: The Netflix series follows three siblings in the wake of their father’s murder. They move, along with their mother, to their family’s ancestral home, which they come to realize hides a set of magic keys that bestow upon whoever wields them powerful new abilities. Why this series works is that showrunners Carlton Cuse and Meredith Averill (who’ve had a hand in producing some of the best TV in years between them, but more on that in a moment) decided to move away from the comics’ emphasis on horror and tilt the whole thing more toward fantasy.

The idea, Cuse explained to me, was to make this something that would appeal to families, and to anyone who’s a fan of pop culture mainstays like Steven Spielberg’s blockbusters and the Harry Potter film franchise. Added Averill about the show to me, it’s “horror, it’s fantasy, it’s young adult, it’s a mystery, and it’s a family drama. And what’s so great about working with Netflix is they support their creators’ vision. They don’t try to tell you what the show needs to be …  We had a lot of creative freedom to tell the story we wanted to tell.”

If you’re familiar with and a fan of Cuse’s and Averill’s past work (Cuse having been a co-showrunner for Lost and showrunner for Amazon’s Jack Ryan, while Averill has worked as a producer and writer for shows like The Haunting of Hill House, Jane The Virgin, and The Good Wife) you should easily find something to latch on to and enjoy here.

“For me, when (the show) moved over to Netflix and they were looking for someone to develop it and I was handed the comics, I was not someone who’d read many comics growing up,” Averill said. “I was immediately struck by how emotional it was.

“I was just completely compelled by the story of these kids learning more about their father who’d just died and ultimately about themselves through these keys, these fantastic keys. And I thought it was such a unique way to tell this coming-of-age story, and a story about grief — and I was really attracted to it for that reason, how unique it was.”

We should also take a moment to single out the singular visuals here. One of the keys in the story, for example, is referred to by the characters as the “head key.” You stick it in the back of your neck, Matrix-style, and it allows you to step inside your own head, with the aesthetic presented differently for each character. That means, for the youngest, the inside of his head is presented in the style of a kiddie arcade. The middle child, the daughter, sees her head presented in the style of a trippy, dazzlingly colorful mall.

Averill points to one of the iconic panels in the comic, where we see the character of Bode use the head key and his head actually flips open, and you can look inside his head that way.

honestly Bode's head is what I want my living room to look like pic.twitter.com/pXsnEAyRdm

“It’s one of the more memorable panels,” Averill says, “and it’s amazing, but that’s not really translatable to the screen. I mean, it is, but it would be horrific. So one of our challenges was trying to take something like the head key and adapt it and find our own version of what that would look like. And so what we landed on is this key would sort of open a door that would allow you to step into your own brain.”

Plot-wise, you don’t necessarily need to know much about this new Netflix series going into it. The family’s home is named Keyhouse, and the kids discover that the keys it hides are magical and might be connected to their father’s death. As they explore the keys and what you can do with them, though, it awakens a mysterious demon who desperately wants to steal the keys for itself.

Hill himself has said, in a statement included with the show’s press materials, that he thinks Netflix has come up with the best possible TV adaptation of Locke & Key. “The challenge whenever you’re doing an adaptation is what’s the degree of fidelity you have to the original source material,” Cuse told me. “What are the important elements you want to emphasize when you’re translating it from one medium to another

“For Meredith and I, we spent a lot of time at the outset trying to figure out how to turn this into something that was really our aesthetic, and we did that in concert with Joe Hill — who wasn’t precious at all about his comic. He was very open to us finding our way to a version of the show that maintained a lot about what was great about the comics but that also was its own thing.”