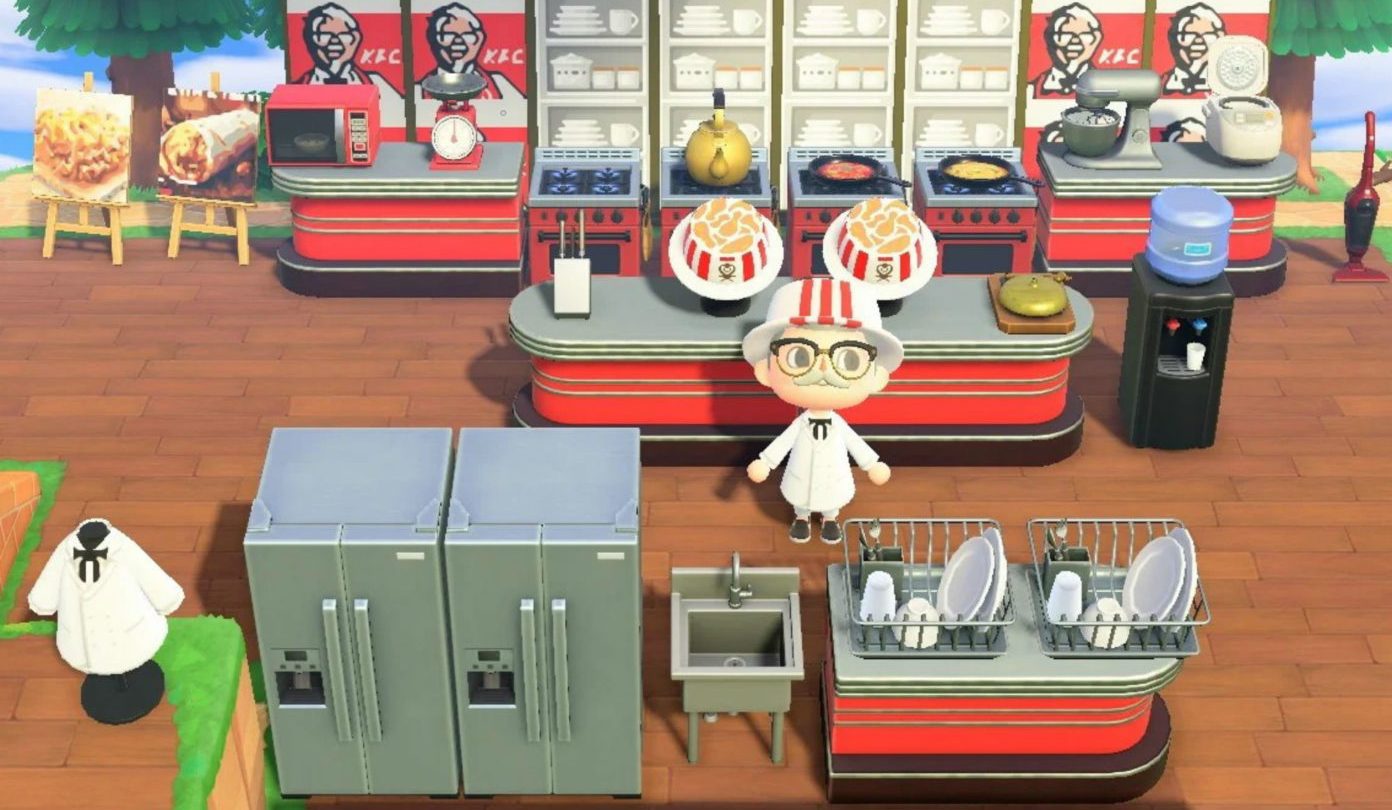 At this point, I think I like watching other people play Animal Crossing: New Horizons, Nintendo’s insanely popular smash hit for the Switch console, even more than running around my own island and dealing with villagers’ shenanigans myself. Even more than that — I will never be convinced that Animal Crossing players are anything less than some of the most creative people on the planet, and I absolutely love marveling at all of the incredible recreations that people have built inside the game, everything from extensions of real-world brands like iconic fashion houses to recreations of famous moments from pop culture.

Along those lines, the official KFC Phillipines Twitter account has revealed the opening of a digital version of the fast-food chain that players of the game can visit. There’s KFC branding all over the “store,” a considerable amount of attention was obviously put into making this look comparable to the real thing, and there’s even an area that supposedly contains KFC’s famously “secret” recipe.

The restaurant has booths, a kitchen, and for a bit of extra fun players can even compete to win a (real-world) 8-piece chicken bucket from KFC — all they have to do is look for the islander who’s dressed up as KFC’s Colonel Sanders. (This is limited, unfortunately, to players in the Philippines, but it’s still fascinating to see the creativity, nonetheless).

Don’t miss out! Let our Virtual Colonel show you around to see the sights in this short tour.

Got Animal Crossing? Wait for the link to be one of our lucky guests! pic.twitter.com/vA4mbOMhKm

For some other recent examples I’ve found of people using Animal Crossing for something other than, you know, actually playing the game, here are recreations of two of the most famous scenes from the US version of The Office. I stumbled upon these videos recently and got a good laugh out of both — they’re in-game recreations of the Prison Mike and “Identity theft is not a joke, Jim!” scenes. Check them out below:

Lastly, Animal Talking host Gary Whitta announced on Wednesday that Sting will premiere a new song during the season premiere of the in-game talk show Whitta hosts, set for next week (June 24 at 9 pm PT, on Whitta’s Twitch). Whitta announced the news via Twitter:

ANIMAL TALKING Season Two premieres Wednesday June 24 @ 9am PT with our biggest guests ever! @OfficialSting headlines, performing a previously-unheard version of one of his all-time classics! Plus @ThatKevinSmith @marcbernardin and @TVCTwitch! https://t.co/97zpoQBJjL pic.twitter.com/cnsYaoMK8G

As I said, this kind of fascinates as much or maybe even a little more than the creativity displayed to actually play the game. Animal Talking takes place entirely inside the game, and celebrities are interviewed by Whitta inside a home that’s decorated to look like a talk show stage setup. And you know — when you think about it, it’s so 2020 to have a legacy artist like Sting debut new music inside a video game, is it not?