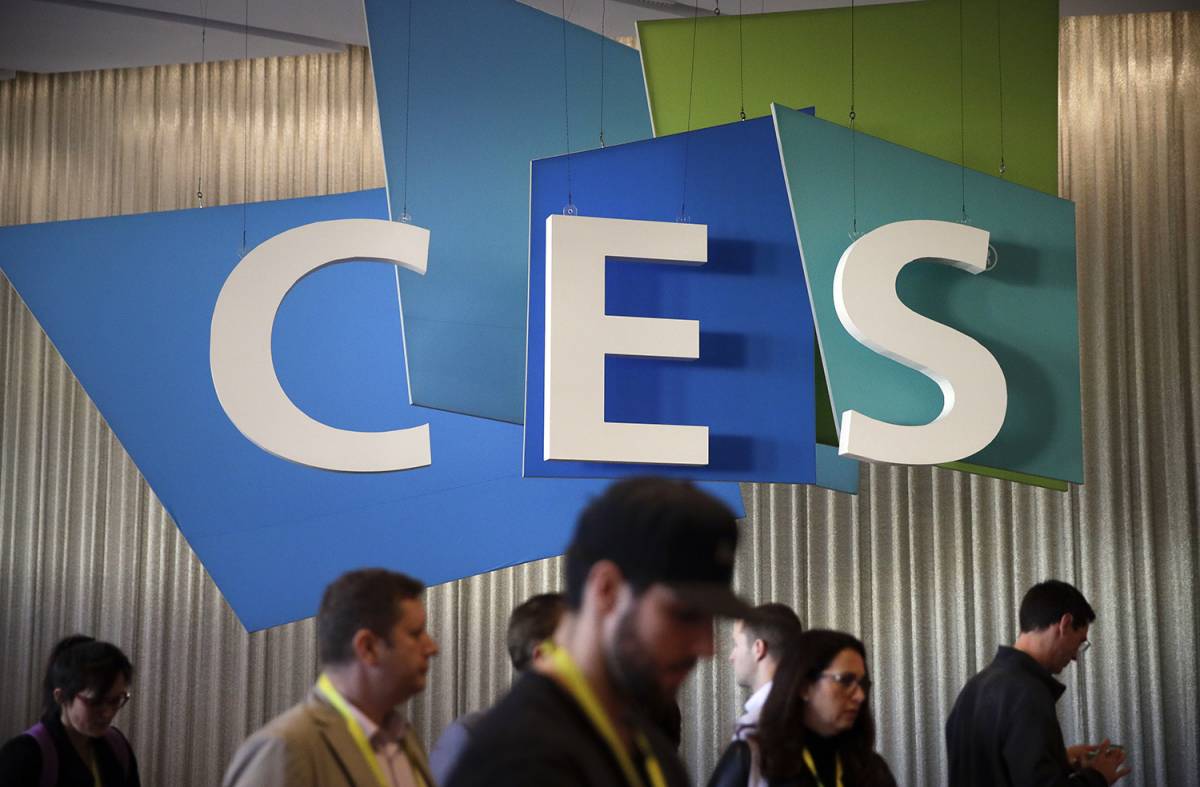 People often ask us why the Consumer Electronics Show takes place in Las Vegas every single year, and the answer is simple: it’s so massive that is won’t fit anywhere else in America. CES is the biggest trade show of the year, and CES 2018 is shaping up to be the biggest show on record with nearly 200,000 attendees in addition to thousands of companies with a presence at the show. Companies large and small show off all sorts of new gadgets and gizmos all week long at CES, and some of the most interesting products often come from small startups that most people have never even heard of. Of course, there are still three huge consumer electronics brands in particular that host the most hotly anticipated events each and every year.

CES day 2 is here, which means the big press conferences from Samsung, Sony, and LG are no behind us. There were a ton of announcements to digest at each of the three big events, of course, so in this post we’ll zero in on the 10 hottest products that debuted at the show this year. 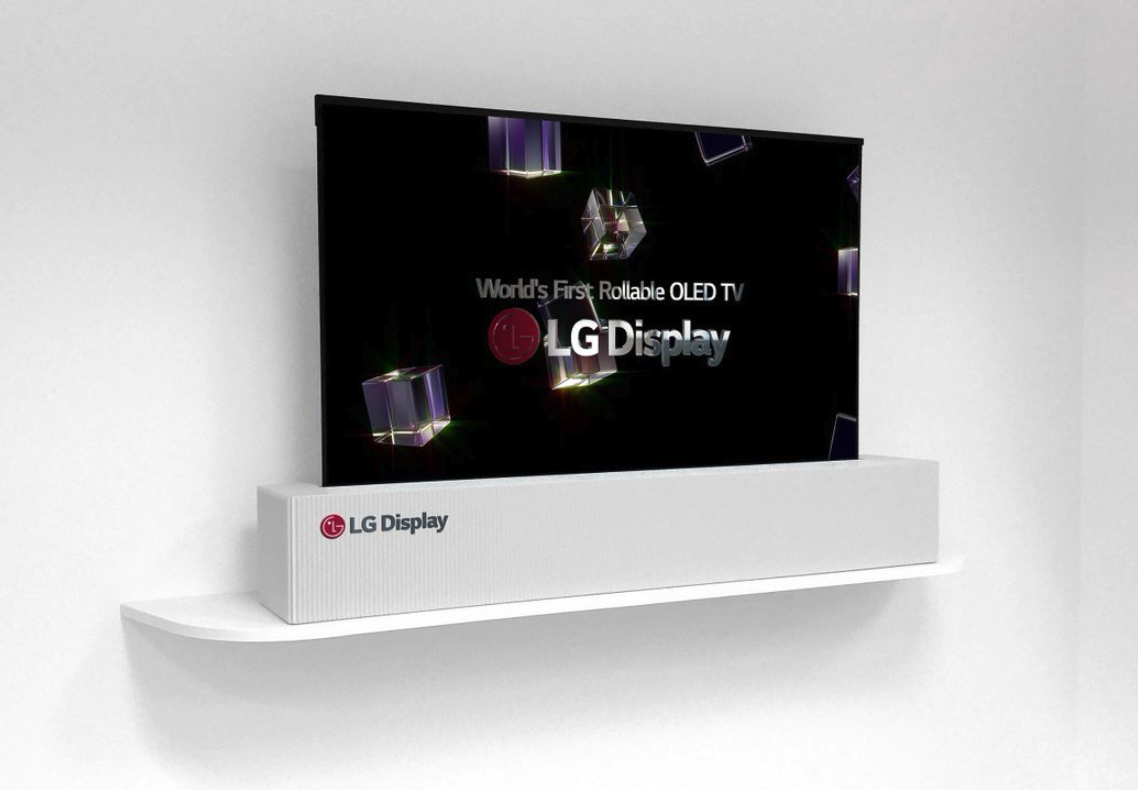 There is absolutely no question that LG’s rollable TV prototype will be one of the most exciting announcements of CES 2018 when all is said and done. LG arguably surpassed its biggest rival Samsung in 2017 in terms of TV picture quality, which is no small feat considering how impressive Samsung’s TVs have always been. But LG’s 2017 OLED TV lineup was just too good. Now, imagine those big, beautiful displays could roll up into a piece of furniture or up into the ceiling when you’re not using them!

That’s the direction we’re headed thanks the progress that has been made with flexible OLED display panels, and LG debuted an OLED TV at CES 2018 that can be rolled up like a piece of paper. We need one. Now. 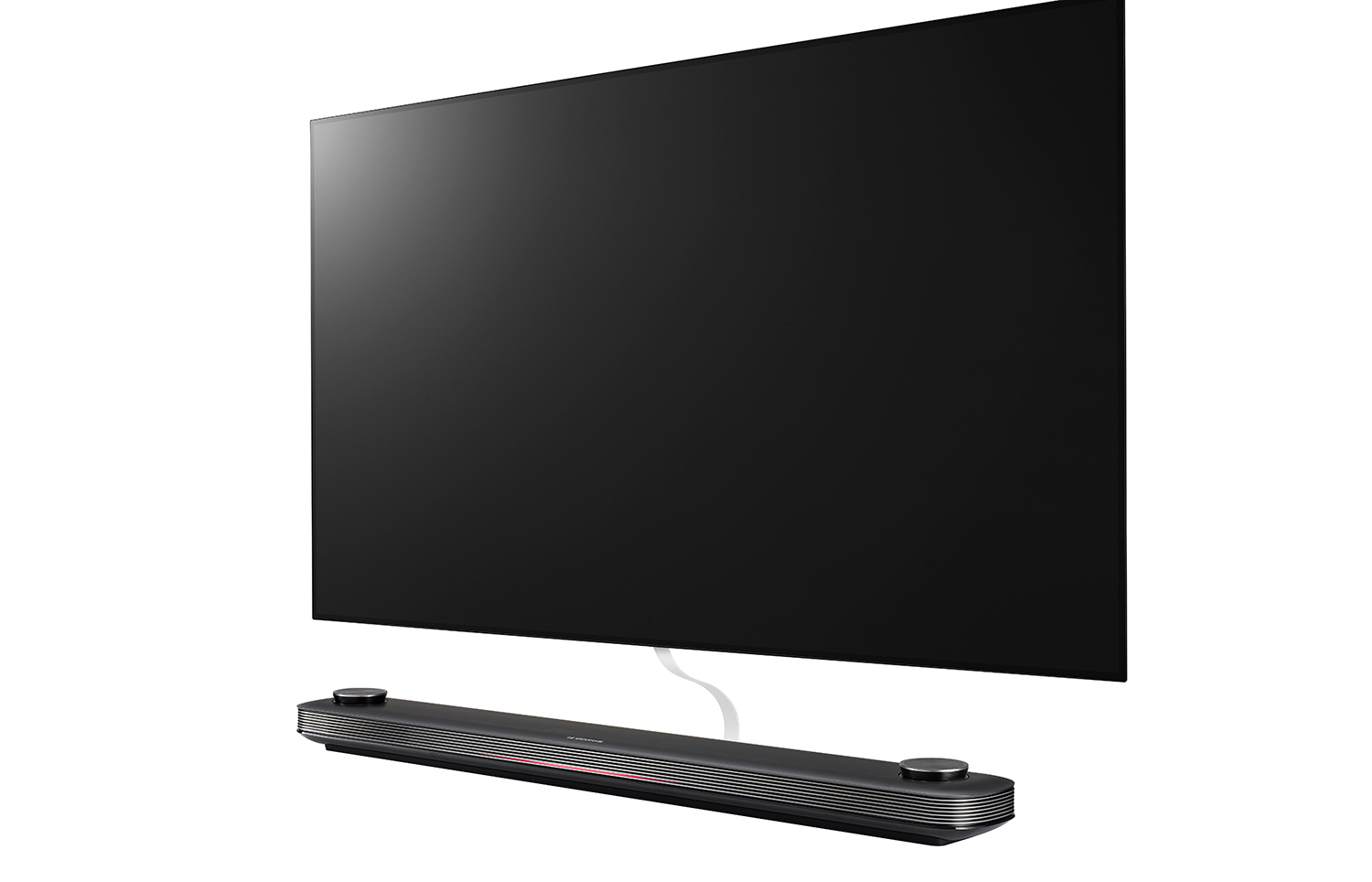 The bad news is LG has no plans to actually release a rollable TV in 2018. The good news is the company does have a new paper-thin OLED that debuted at CES 2018.

The LG W8 is a follow-up to last year’s W7, which was affectionately referred to as the wallpaper TV. Why? Because with a thickness of just 2.57mm and a special zero-gap mount, it basically looks like part of your wall. The W8 picks up where last year’s model left off, offering a similar design with upgraded features including a new processor, support for multiple HDR standards, Google Assistant integration, enhanced voice control, and more. Pricing and availability haven’t yet been announced, but expect it to cost a pretty penny when it’s released later this year. 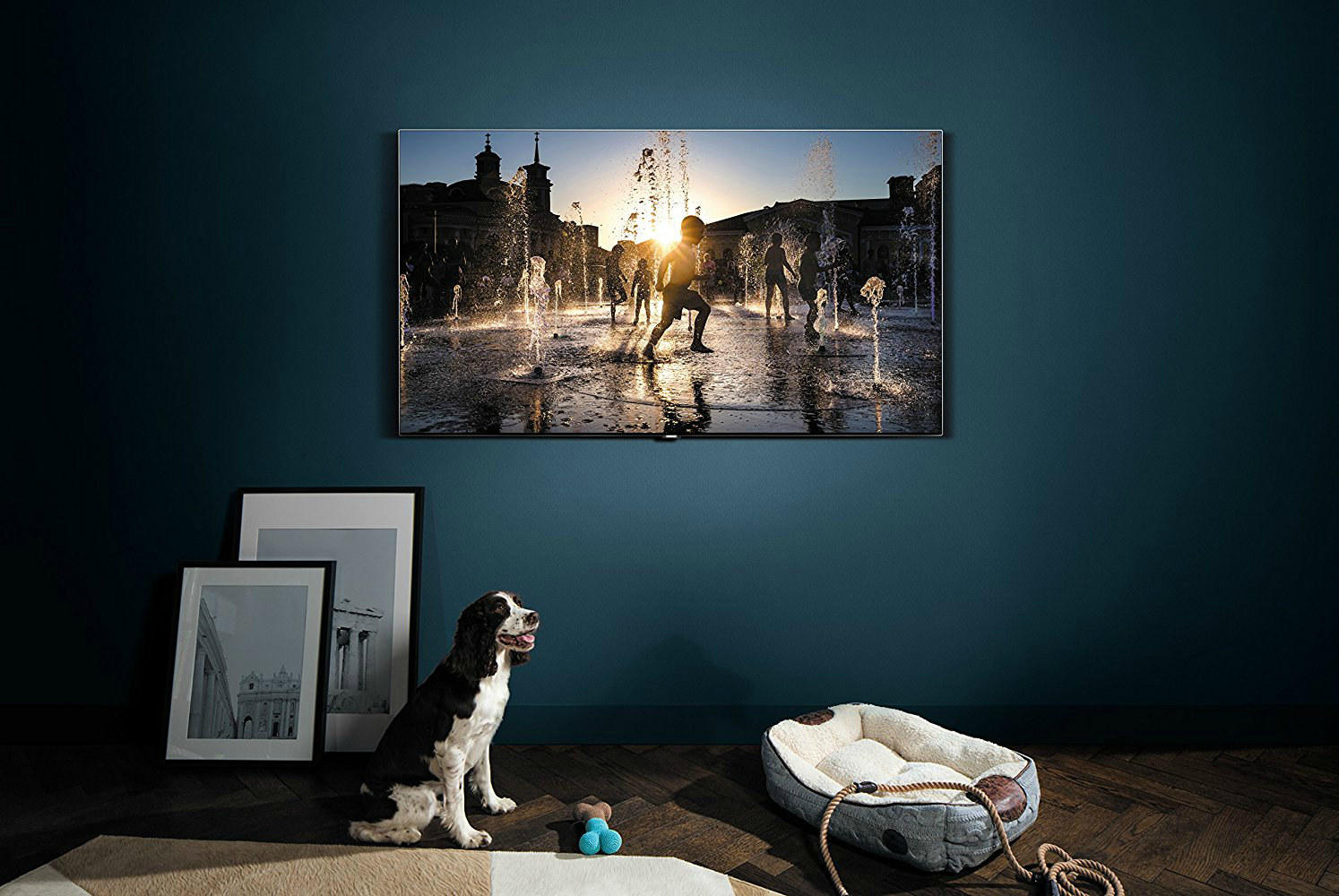 LG obviously isn’t the only game in town when it comes to bold new TV designs. During its press conference at CES 2018, Samsung debuted an exciting new TV it calls “The Wall.”

Following up last year’s “The Frame” TV that is designed to look like a piece of art when it’s not in use, The Wall consists of multiple modular MicroLED displays. The screens have no bezels, so they combine to form a single massive 8K television that measures 146-inches diagonally. If you have the space for it and a whooooooole lot of disposable income, this might just be as good as it gets. 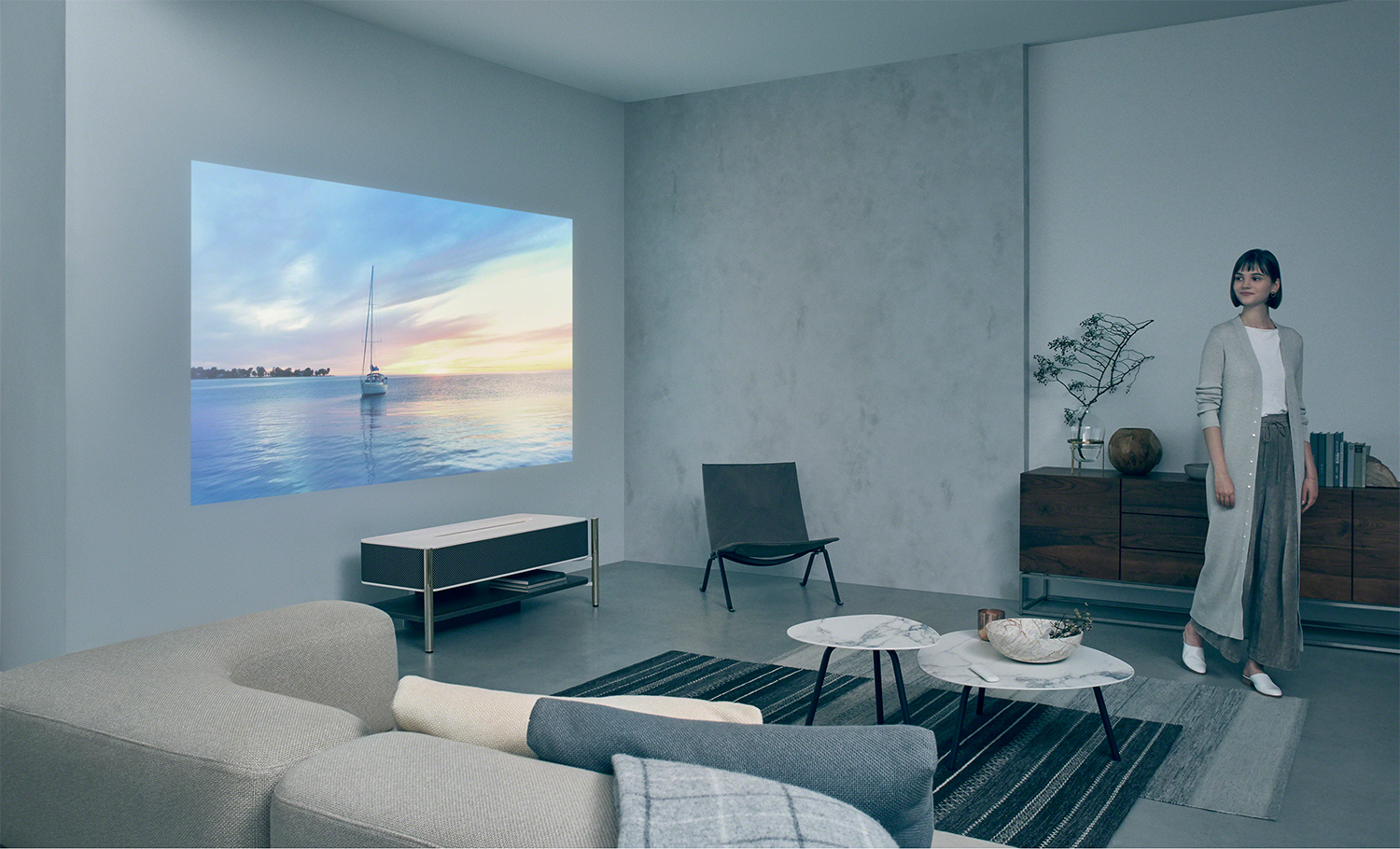 If you have an extra $30,000 lying around — and who doesn’t? — we strongly recommend picking up a new Sony LSPX-A1 Ultra Short Throw Projector when it launches later this year. This gorgeous piece of tech marries an ultra-bright 4K projector with a Glass Sound Speaker that pumps out crystal clear 360° sound. It looks like a fancy media console, and it can be placed just 9.6 inches from the wall on which it’s projecting. It supports a picture size of up to 120 inches, and the laser projector has a peak brightness of 2500 lumens.

Moving away from home entertainment for a moment — although this product does have a 29-inch display — the new LG InstaView ThinQ fridge might just be the coolest refrigerator on the planet. It’s packed from top to bottom with awesome new tech, but the star of the show is the touchscreen display that runs webOS and supports all sorts of smart features. Knock on the screen twice, however, and it instantly becomes transparent to show you what’s in the fridge behind the door without having to open it.

Here’s some more info from the press release:

LG InstaView ThinQ is the culmination of cutting-edge refrigeration technology and maximum convenience and efficiency. Featuring a 29-inch touch LCD display that transforms from a computer display to a transparent window with just two knocks, the intelligent refrigerator recommends delicious recipes based on what is on hand to provide a revolutionary answer to the timeless question of what to eat for dinner. Once a recipe is selected, the fridge automatically sends the information to a connected oven with Alexa verbally guiding the chef through each step of the process, for a fuss-free cooking experience. Users can also access and listen to their favorite songs on Amazon Music, iHeartRadio, and other streaming music services directly on the InstaView ThinQ for a more pleasant cooking and dining experience. 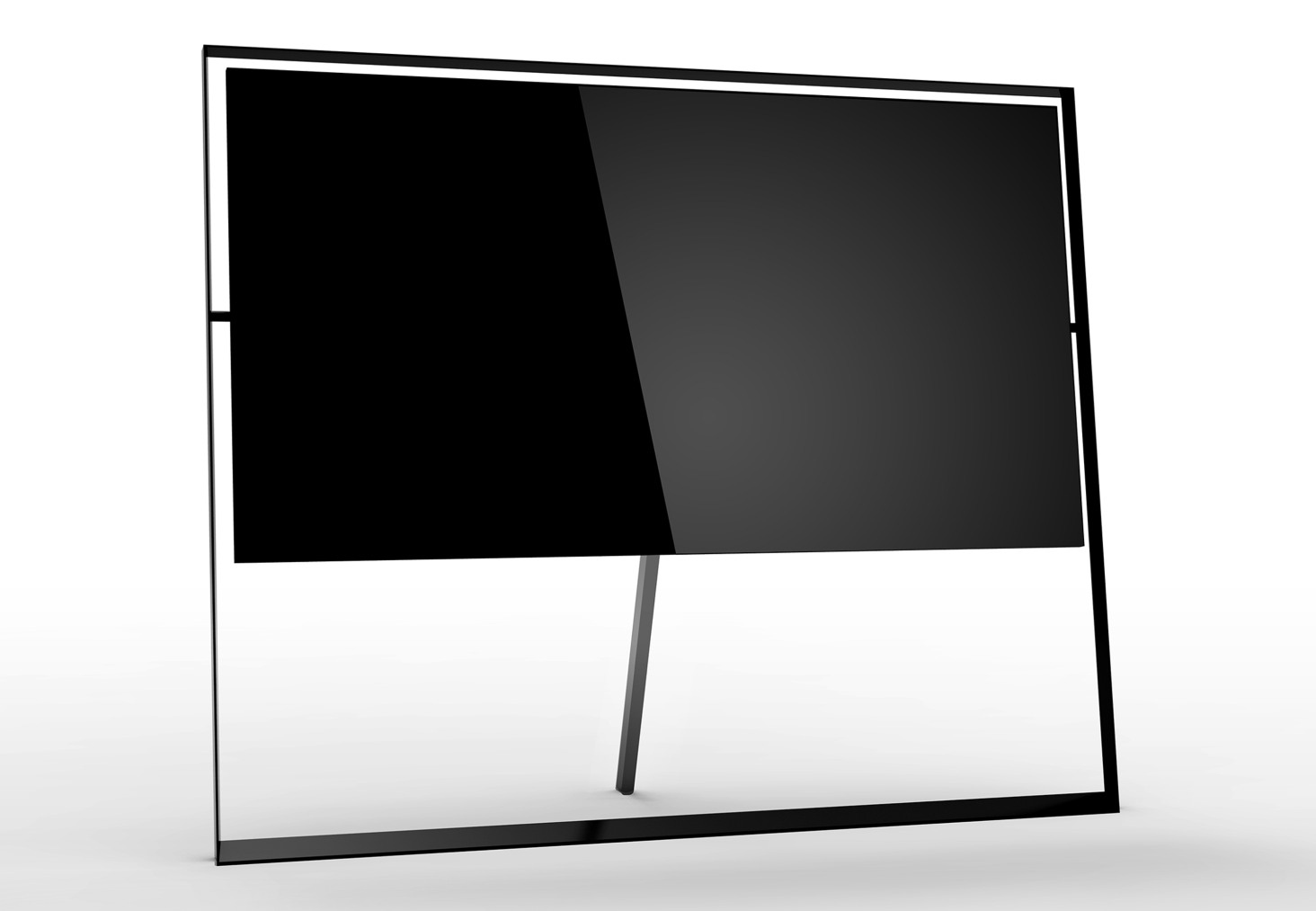 Okay, enough with all that… back to TVs!

The new Samsung Q9S is an 85-inch 8K television with a gorgeous Samsung screen and all the bells and whistles you can imagine. There’s one feature in particular that stands out, though. Since there’s pretty much no 8K content at all, the Q9S uses artificial intelligence to upscale lower-resolution content to 8K. And unlike most upscaled content, it actually looks great! 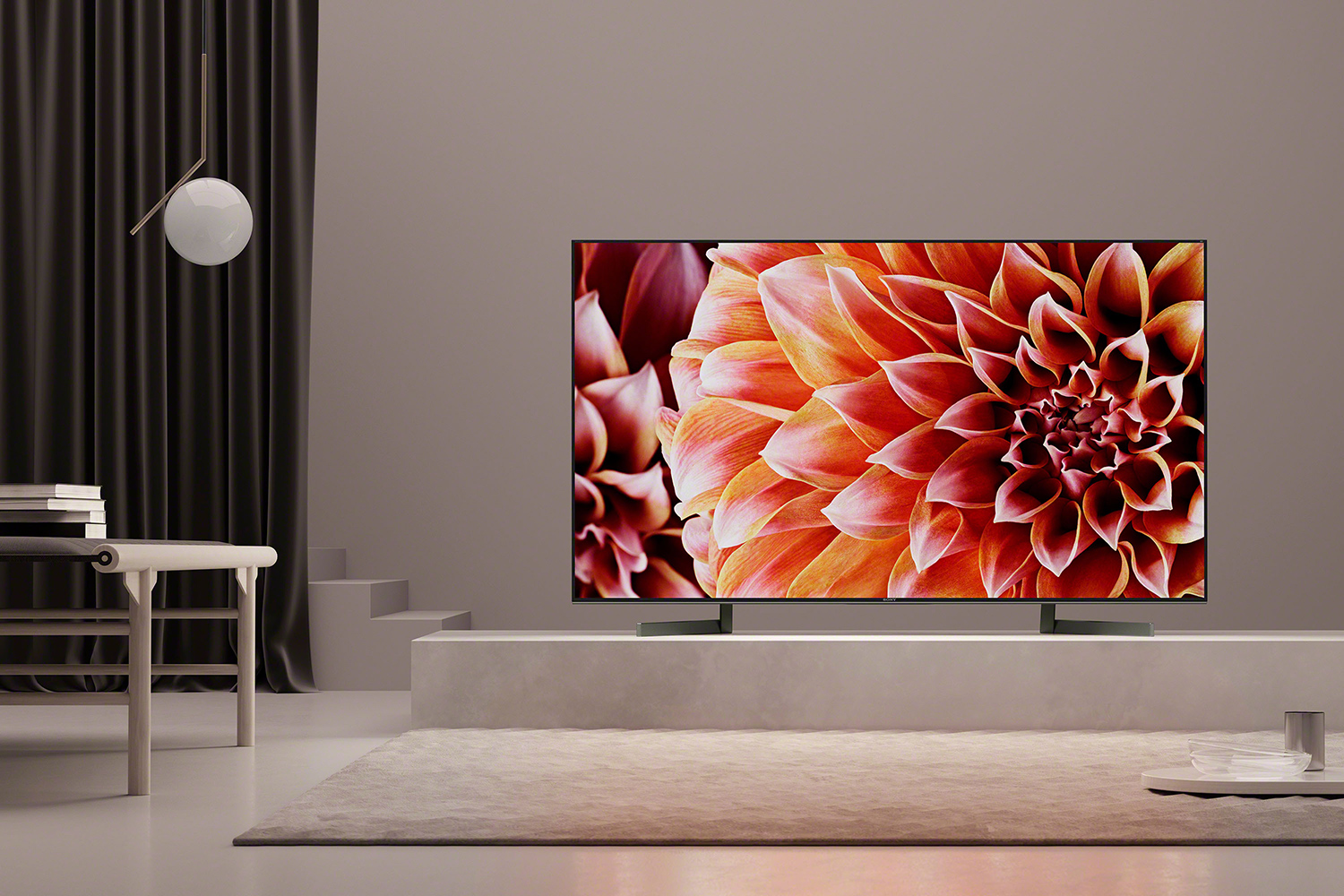 Rollable OLED screens and monstrous high-end TVs are great and all, but we also want to see some high-quality TVs that are actually attainable. The new Sony X900F series fits the bill. This is Sony’s update to 2017’s X900E lineup, which was by far the best LCD TV line of the year until you get to the $3,000-$4,000+ price range. The X900F keeps key features like full-array local dimming, and adds new enhancements such as better video processing as well as support for both Dolby Vision and HDR10. There will also be an 85-inch model for 2018, which will make a lot of people happy. 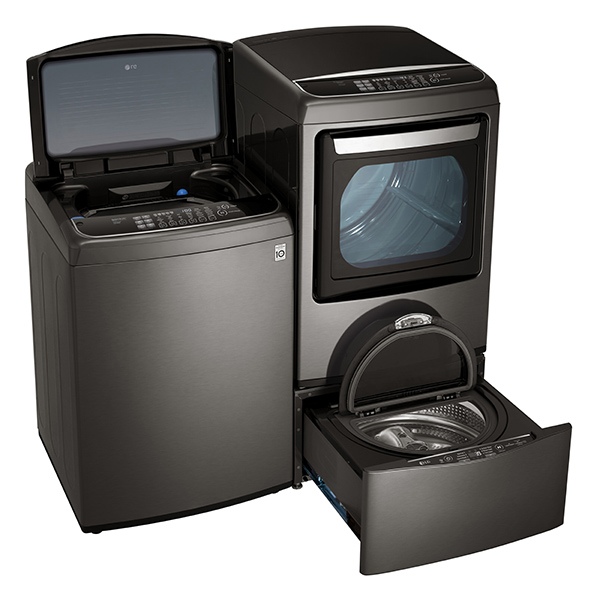 That’s right, a washing machine is one of the coolest things unveiled at CES 2018. What makes this model so special. There are tons of wash features and connected perks to enjoy, but the star of the show is what LG calls the “LG SideKick” pedestal washer. You can see it open in the image above. It’s basically a separate 1 cu. ft. washer that can do its own small load of laundry on its own or while the main compartment handles its own load.

Here are some more highlights from LG: 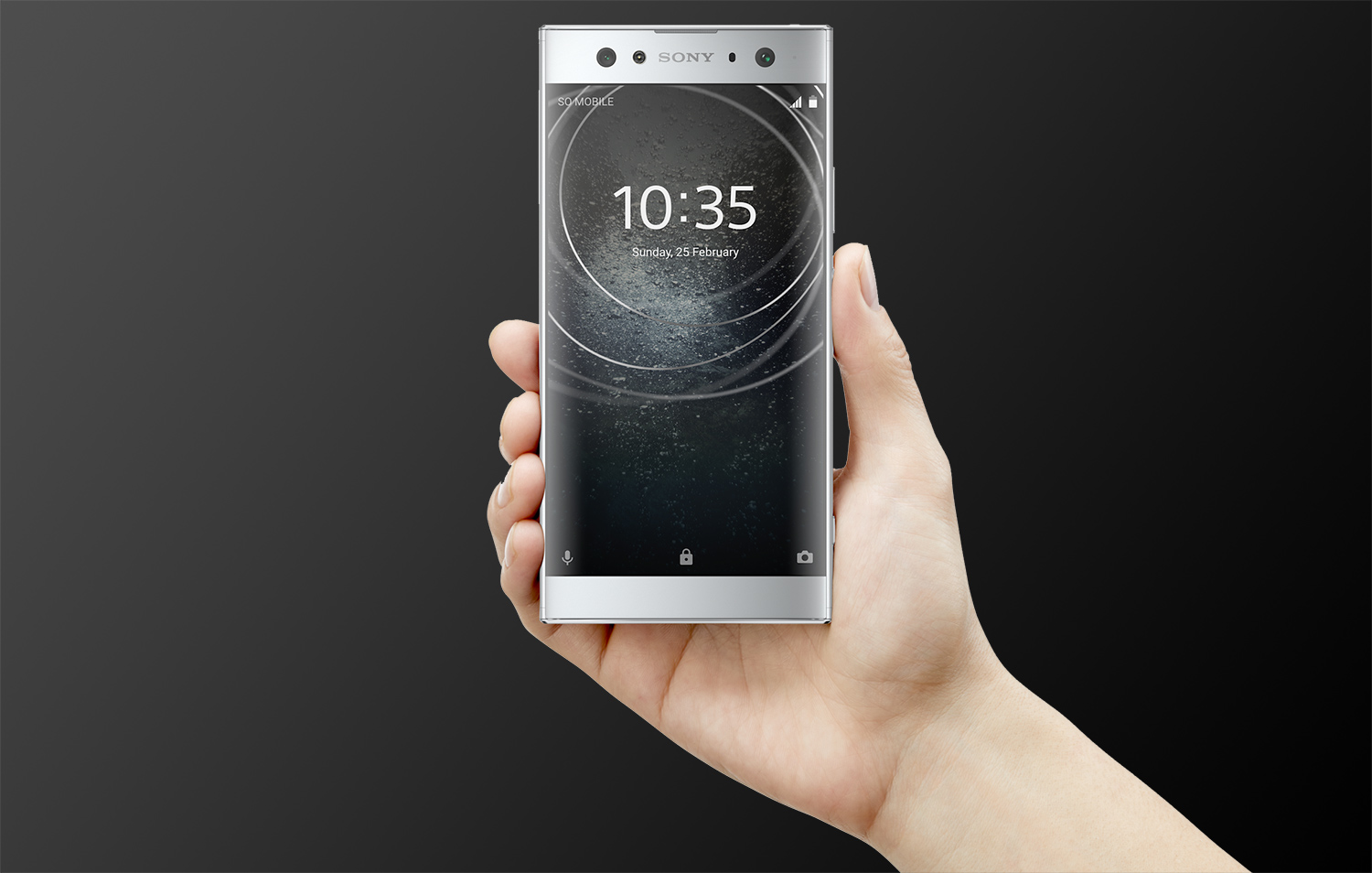 The Sony Xperia Ultra XA2 is the only smartphone on our list, but the big three didn’t focus much on phones at CES 2018. That makes sense, of course, since the biggest mobile trade show of the year takes place next month. The XA2 Ultra will have to tide us over until then, and it’ll should have no problem doing so.

Set to be released next month, the Xperia XA2 Ultra is a great upper mid-tier phone that offers solid performance and features at what should be a fair price. It also includes a dual-lens camera, but it’s on the front instead of the back where we normally see it. Don’t worry though, because there’s a top-notch 23-megapixel camera on the back with Sony’s latest Exmor RS sensor.

Sony’s mobile business has not been doing terribly well of late, so this could be a great opportunity if it’s priced well.

CES wouldn’t be CES without about a billion new laptops, and the new Samsung Notebook 9 Pen is one of the most appealing new models we’ve seen at debut at the show. The housing is made out of a new material that Samsung calls Metal 12, which is says is a magnesium alloy that the company says is “incredibly light, yet unbelievably strong.” It’s essentially a mix between a Samsung convertible laptop and a Galaxy note device, offering specs like an 8th-generation Intel Core i7 chipset with 16GB of DDR4 RAM and a 512GB SSD, along with all the stylus features that make Galaxy Note devices great.