Can the iPhone 8 compete with a Galaxy S8 that looks like this? 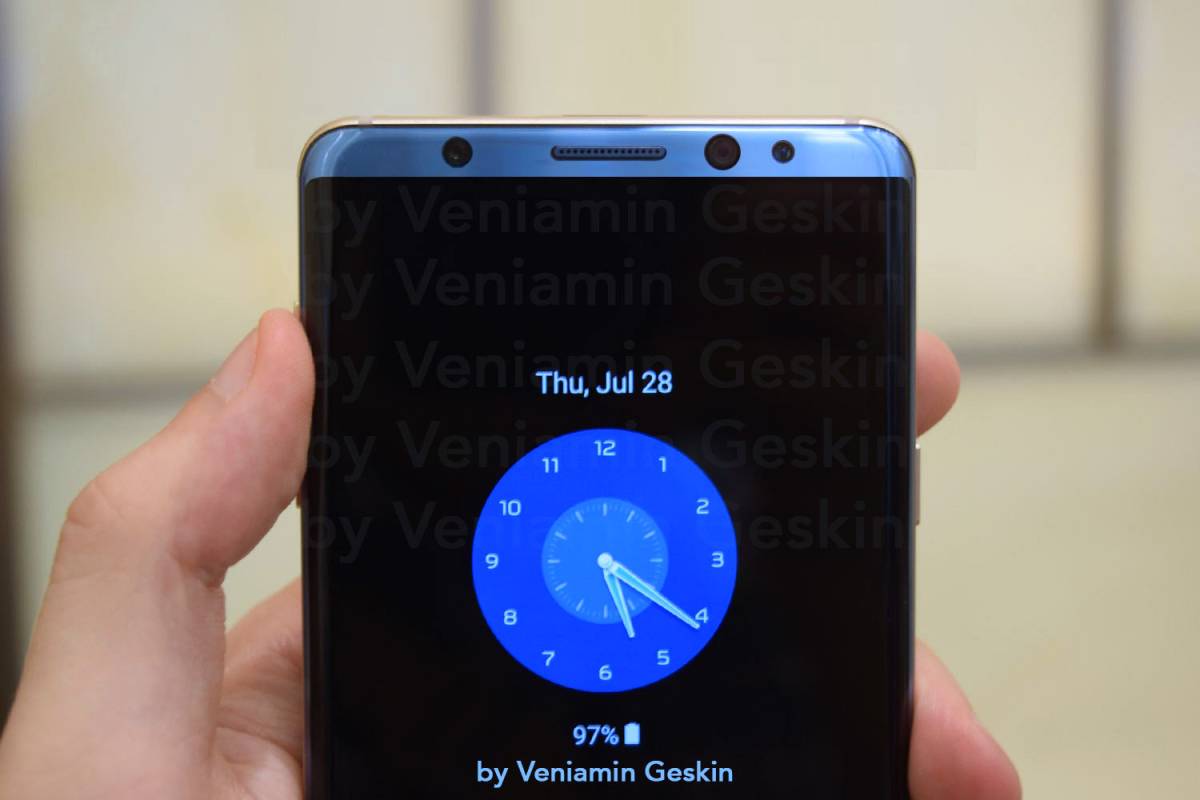 All of our focus should be on CES 2017 this week, but a new round of reports has shifted our attention to two devices that will end up being far more popular than anything unveiled at the Consumer Electronics Show, and likely more exciting as well: the iPhone 8 and Galaxy S8. Apple and Samsung both have big plans for their flagship smartphones in 2017, but Apple’s plans won’t be realized for another eight months. Samsung, on the other hand, is just a few months away from debuting the next-generation flagship Galaxy phone the company hopes will make everyone forget about the Note 7 disaster — and from everything we’ve heard so far, it’s shaping up to be an impressive device, to say the least.

Earlier on Tuesday, we published an extensive roundup of every solid Galaxy S8 rumor we’ve heard so far. But seeing is believing, and now it’s time to check out what Samsung’s next-generation Galaxy S handset might actually look like.

In an interesting turn of events, a number of reports suggest that this year’s huge tenth-anniversary iPhone refresh will adopt a new design similar to the one Samsung has been using for the past couple of years on its flagship smartphones. Why is that an interesting turn of events? For years, Samsung was the company that was known for ripping off anything and everything Apple did. Remember when Samsung created a step-by-step guide to show its Android engineers how to copy the iPhone pixel by pixel? Companies get inspiration from each other all the time — wink, wink — but Samsung took things to a whole new level.

Fast-forward to 2017, and now rumors suggest that Apple plans to steal a signature feature from Samsung’s recent Galaxy S and Galaxy Note lineup: the iconic dual-curved edges. Samsung’s displays have outclassed Apple for years in terms of quality and technology, and the curved edges added some additional flair that couldn’t be found on any iPhone.

It’s unclear at this point how accurate these reports are. If you’ll recall, rumors ahead of the iPhone 6 launch suggested the phone would sport a curved glass face, but those reports ended up referring to the barely perceptible curve of Corning’s 2.5D Gorilla Glass. Are Apple fans in store for something subtle like that from the new OLED display on the iPhone 8, or does Apple really plan to ape Samsung’s signature screen design? Whatever the case, Apple has its work cut out for it if Samsung’s Galaxy S8 ends up looking like these new concept renders.

Graphic designer Veniamin Geskin has cooked up several smartphone concepts that we’ve drawn your attention to in the past. Now, he has set his sights on the Galaxy S8 once again. Using information from a number of leaks from reliable sources, Geskin has mocked up a device that could very well end up bearing a striking resemblance to the two Galaxy S8 devices Samsung unveils this coming March.

Seen at the top of this post and below, Geskin’s Galaxy S8 features a screen that occupies far more of the phone’s face than Samsung has managed in the past. This is achieved in part by improving AMOLED display tech, and in part by the removal of the physical home button beneath the screen. According to recent reports, Samsung will either embed the home button’s fingerprint scanner into the Galaxy S8 display itself, as Apple is rumored to be doing on the iPhone 8, or it will move the scanner to the back of the phone.

There’s no telling how accurate these mockups are, but one thing is certain: If Samsung manages to pull off this design, Apple’s iPhone 7 (and iPhone 8) will have some seriously stiff competition this year.

More of Geskin’s Galaxy S8 renders can be seen below.