A roundup of original iPhone reviews that got everything completely wrong 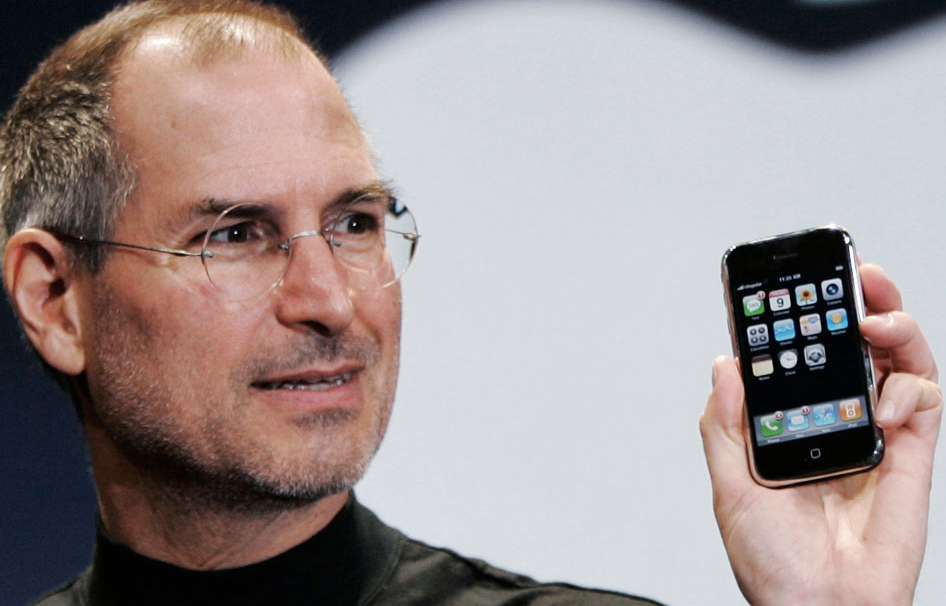 When the iPhone burst onto the scene in 2007, it was evident that the world of mobile technology would never be the same. While the original iPhone admittedly had its fair share of shortcomings (it lacked 3G, MMS support, copy and paste etc.), its multitouch display and full web browser were immediate game-changers. Without equivocation, the iPhone quickly, if not instantly, became the blueprint upon which all other smartphone manufacturers based their own hardware and software designs.

Yesterday we highlighted a number of positive reviews that accompanied the release of the original iPhone nine years ago this week. But as tends to be the case in the tech world, not everyone at the time was able to appreciate the immediate impact that the iPhone was poised to exert over the entire tech industry. Rather predictably, an onslaught of short-sighted and pessimistic reviews tended to hone in on all of the features the iPhone lacked rather than looking at all of the revolutionary new features it introduced into the mainstream. Some reviews, believe it or not, even criticized the iPhone for boasting too many features.

So with the iPhone celebrating its ninth birthday this week, below are a handful of original iPhone reviews and opinion pieces that got it way wrong.

Surprised to see TechCrunch on the list? So are we, but Seth Porges’ June 7, 2007 iPhone prediction piece was off-base in so many ways that one would almost be inclined to believe that he set out to make ill-advised predictions on purpose.

In a piece titled, “We Predict the iPhone Will Bomb”, Porges lays out a number of reasons why the iPhone was destined for failure.

For starters, Porges anticipated a wave of cracked screens.

The iPhone is thin — just 11.6mm — and nearly the entire front is made up of the much-heralded touchscreen. That means glass. And, as anybody who has ever tossed a Wiimote knows, glass breaks. So when Mr. Customer gets a shiny new iPhone and sticks it in his back pocket (after all, that’s where he’s kept EVERY phone since the StarTAC), don’t be surprised if he finds that glass screen can’t sustain all 200 pounds of him. Cracked screens will be to the iPhone what scratched backs were to the Nano.

Porges also had reservations about the iPhone’s virtual keyboard.

That virtual keyboard will be about as useful for tapping out emails and text messages as a rotary phone. Don’t be surprised if a sizable contingent of iPhone buyers express some remorse at ditching their BlackBerry when they spend an extra hour each day pumping out emails on the road.

And for the trifecta, Porges also anticipated that the original iPhone would be chock-full of bugs. Why? Because Apple opted to release it on a Friday.

Until June 29, it’s hard to tell too much about the iPhone, but I can tell you with near-certainty one thing: the product was almost certainly rushed to market before Apple’s engineers would have liked.

This, coupled with the fact that Apple has never, in recent memory, released a product on a Friday, should make everybody say “Hmmmm,” and suggests they took a calculated risk of releasing a product that might be a little buggy (probably about as bad as the first run of screen-flickering, case-cracking, motherboard-busted MacBooks), rather than suffer the embarrassment of not keeping their word.

Just about a week before the first iPhone shipped, Al Ries of AdAge penned a piece boldly declaring that the iPhone was going to fail. Why? Because the tech world was ripe with examples of do-it-all devices that never gained traction in the marketplace.

Prediction No. 1: The iPhone will be a major disappointment.

The hype has been enormous. Apple says its iPhone is “literally five years ahead of any other mobile phone.” A stock-market analyst says, “The iPhone has the potential to be even bigger than the iPod.”

Prediction No. 2: The media will blame the execution, not the concept.

Suppose the iPhone is a major disappointment. Will another convergence failure convince the high-tech industry of its folly? Highly unlikely.

Once a concept like convergence grips the imagination, it seldom dies.

This one is a gem.

The forthcoming (June 29) release of the Apple iPhone is going to be a bigger marketing flop than Ishtar and Waterworld (dating myself again, aren’t I) combined. And it’s not for reasons of price, or limited cell carrier options, or lack of corporate IT support, which are the mainstream media’s main caveats when they review it.

Instead, the iPhone is going to fail because its design is fundamentally flawed. The designers and technophiles who encouraged development of the iPhone have fallen into the trap of all overreaching hardware and software designers; thinking that their users are like themselves.

[The] iPhone crams too many functions into a single box. Putting everything in the same package so you only have to carry one box sounds like a good idea, until you want to listen to music while surfing the web or reading your email or playing a game. Then users will find it essentially impossible to use one function of the tiny box without disrupting the operation of another. A few dedicated technophiles might, just MIGHT, figure out how to do so, but it will require far more dedication than an ordinary user is willing to invest in learning and then remembering. This combination condemns the IPhone to a tiny niche at best.

Third, users will detest the touch screen interface due to its lack of tactile feedback. Using a thumb keyboard, as on the very popular Treo phone, allows the user to feel the keys and know subconsciously that he’s about to press this one and not the one next to it. A touch screen doesn’t allow that, so the user will have to be looking at the keyboard at all times while using it.

The big competitors in the mobile-phone industry such as Nokia Oyj and Motorola Inc. won’t be whispering nervously into their clamshells over a new threat to their business….The iPhone is nothing more than a luxury bauble that will appeal to a few gadget freaks. In terms of its impact on the industry, the iPhone is less relevant.

“There’s no chance that the iPhone is going to get any significant market share,” Ballmer said in the wake of the iPhone’s unveiling. “No chance. It’s a $500 subsidized item. They may make a lot of money. But if you actually take a look at the 1.3 billion phones that get sold, I’d prefer to have our software in 60% or 70% or 80% of them, than I would to have 2% or 3%, which is what Apple might get.”

This 2007 article from The Guardian provides yet another data point which proves that analysts and research companies often lack clarity and insight.

Apple’s much-anticipated iPhone, which goes on sale in the US today, will struggle to break into the mainstream because of a lack of a 3G connection and low demand for converged devices, according to research.

International research conducted by media agency Universal McCann has concluded that Apple’s goal of selling 10m iPhones by the end of 2008 is too ambitious.

Apple’s iPhone combines a phone, music and video player with web and email capabilities, but researchers found demand for these converged devices was lowest in affluent countries.

Perhaps one of the worst tech opinion pieces ever? Dvorak not only expressed pessimism about the iPhone, but he advised Apple to pull the plug on it altogether.

Apple should pull the plug on the iPhone…The problem here is that while Apple can play the fashion game as well as any company, there is no evidence that it can play it fast enough. These phones go in and out of style so fast that unless Apple has half a dozen variants in the pipeline, its phone, even if immediately successful, will be passé within 3 months.

What Apple risks here is its reputation as a hot company that can do no wrong. If it’s smart it will call the iPhone a ‘reference design’ and pass it to some suckers to build with someone else’s marketing budget. Then it can wash its hands of any marketplace failures.

The cell phone world is a cutthroat margin business where margins decline overnight. … I wonder if Apple will succeed in maintaining margins as Motorola and Nokia cut prices on all new phones.

There is much to admire about the new iPhone. The hardware looks beautiful and the product is apparently smooth and easy to use. It’s a terrific achievement for Steve Jobs and the Apple team. So give them their moment in the sun.

But beyond all the iHype and iMania, let’s get one thing clear. The iPhone isn’t the future. It isn’t a revolutionary mobile device ushering in a new era.

At its heart, this fancy-looking new product is very old fashioned. The reason: It tries to keep Apple and AT&T in control instead of you.

The company has had a string of hits since it introduced the iPod and its shareholders have benefited sending shares from $7 in 2003 to the $100 they sit at today. The introduction of the iPhone will be the first miscue for the company and send its shares, priced for perfection tumbling. “Why?” – you ask.

There are several versions of Mp3 player phones out there and none of them are big sellers. The reason? The market does not want them together. I do not want to have to turn off my music to get a phone call. If I am driving my family in my car and we are listening to the iPod, having to turn off the music to answer my phone becomes a major hassle. The same holds true for any event where I play the iPod. Why would I pay $600 for this, or, buy an iPod in addition to this, in order to avoid the hassle?

Being able to make a call simply by pointing a finger at a number is a feature touted for the phone. How is this any different or accurate from scrolling on my blackberry? This feature will lead to frustration, as users who do not point at exactly the number they want will keep initializing errant calls.