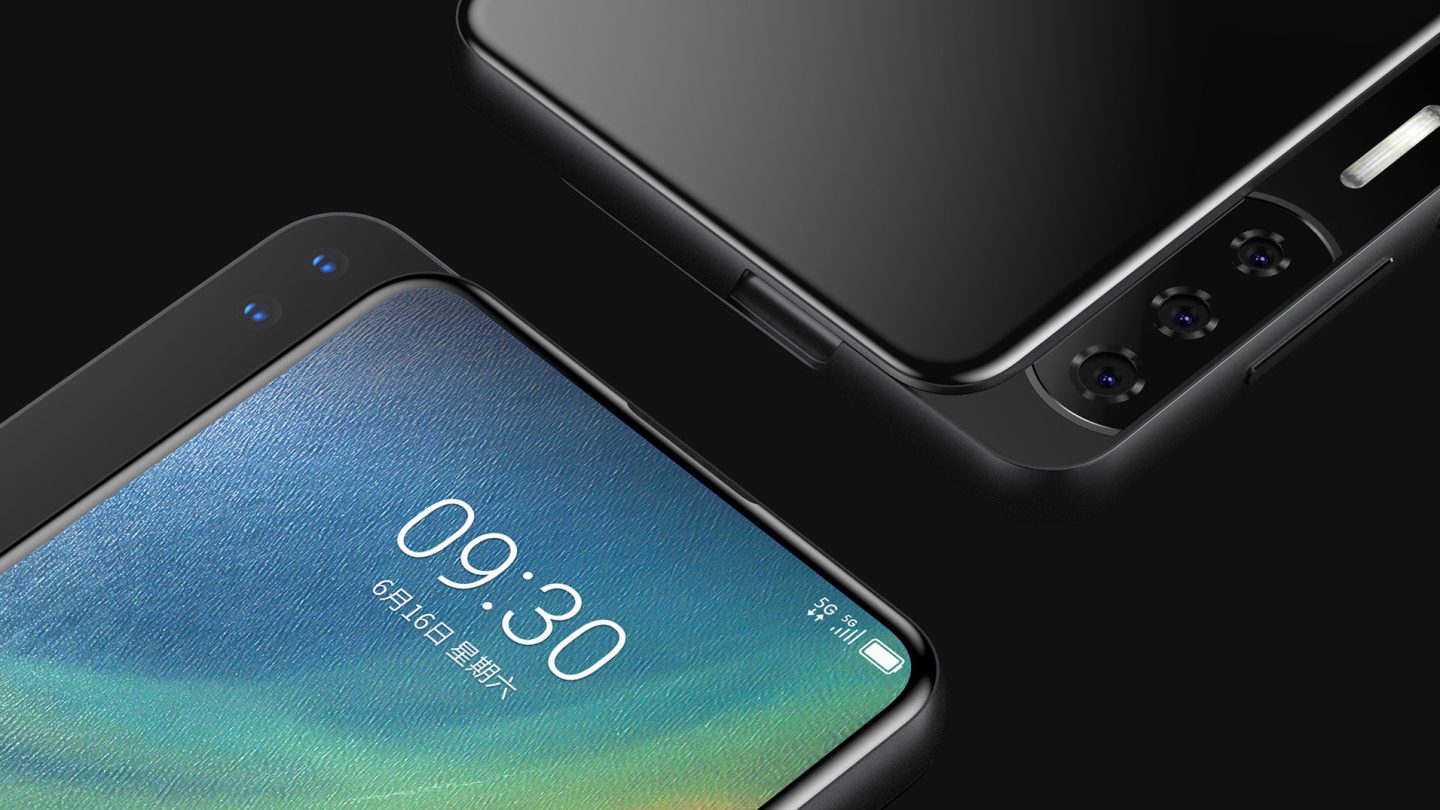 For most of 2018, the notch dominated the mobile landscape, as every Android manufacturer under the sun (except for Samsung) hurried to copy the iPhone X. We then witnessed a new wave of post-notch designs, where Android device makers desperately tried to look original by doing the only thing that was available to them: They removed the notch completely, but made some compromises to achieve that design.

We saw phones with two screens — one on the back and one on the front — just to avoid having two camera modules. Even before that, phones with slide-out cameras popped-up, followed by slider phones with back panels that slid up to reveal the selfie camera whenever it was needed. Samsung then launched the Infinity-O display alongside its Galaxy S10 series. But ZTE might have found the worst way of all to avoid the notch.

ZTE didn’t have the best year in 2018, being close to having to freeze its smartphone plans indefinitely, before the Trump administration saved the Chinese company from extinction. And ZTE is back this year with brand new phones, including the all-screen Axon S you see below, a phone whose cameras slide sideways, according to these images.

Posted over on Notebook Italia, the leaked press renders show a device featuring a total of five cameras, two on the front and three on the back. Rather than sliding upwards, the camera modules slide to the left.

This is about as bad a design as we’ve seen. To recap, sliders are a bad compromise for several reasons. There’s no guarantee the mechanism won’t break, the risk of water damage might grow exponentially on phones with moving parts, and protective cases are messy. Also, there’s usually no headphone jack present, because half of the phone slides upwards. The same issues affect the Axon S, but that phone might have an extra quirk.

Because the camera panel slides sideways, using a protective case seems even more challenging than on other models. Not to mention that we might be looking at a different downside for his particular design. The width of the phone increases when you want to take a photo, and snapping the picture with one hand might become more challenging than usual. Now, imagine the phone drops while you’re fumbling to take a selfie.

Otherwise, the phone appears to bear all the usual features you’d expect from flagship devices, including a large display, an in-display fingerprint sensor, and 5G support.

We don’t have all the specs for the handset, but the report does detail the main camera. We’re looking at a triple-lens setup featuring a 48-megapixel main camera, a second 19-megapixel lens, and 5X optical zoom. It’s unclear when the Axon S will launch or how much it’ll cost, but being a 5G phone, expect it to be pricier than regular 4G handsets.