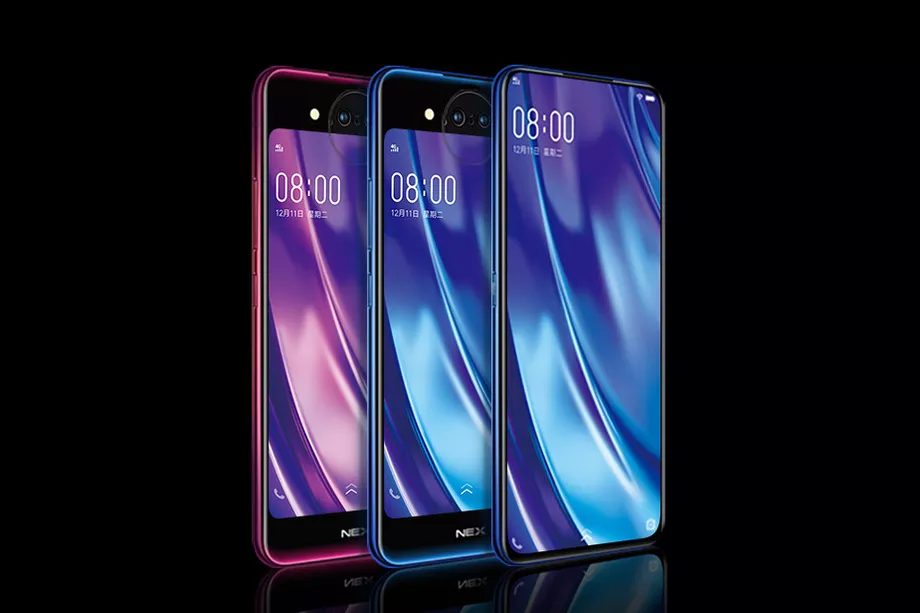 The vast majority of smartphones these days have a single screen and two camera modules, including a selfie cam and a rear camera, each containing one or multiple lenses. But smartphone makers from China have come up with a new concept this year: Phones that feature two screens and a single camera module.

The point of this unusual design is to offer users a modern, all-screen design with no notches, camera pop-out mechanisms, or camera holes on the front. Instead, on the back, a smaller, secondary display will be in use only when the rear-facing cameras is needed for selfies or video chatting.

On the front, we have a 6.4-inch display with 2340 x 1080 resolution. Meanwhile, a 5.5-inch Full HD screen sits on the back, featuring prominent top and bottom bezels.

The top bezel can’t be avoided, because that’s where the complex triple-lens camera sits. We’ve got a 12-megapixel primary sensor, a 2-megapixel secondary camera, as well as a third lens that handles time of flight (TOF) for 3D pictures. The TOF 3D camera is supposed to be secure enough to offer users secure facial recognition support.

Also on the back, we have a Lunar Ring that glows in different colors for incoming notifications. But it also provides light for selfies in low light, which may be an even more useful feature. The second display has other features that are more or less gimmicks, including support for multi-touch gaming, as well as content sharing with a person facing the main screen.

The specs are on par with what you would expect from a high-end 2018 Android phone — a Snapdragon 845 chip powers this Vivo handset, alongside 10GB of RAM and 128GB of storage. The battery is smaller than in previous Nex models, at just 3,500 mAh, but that’s because this phone features two screens.

Sadly, the Vivo Nex Dual Display Edition might not be available in your market. The phone will go on sale in China on December 29th, sporting a price of 4,998 yuan, which is roughly $725 in the US.