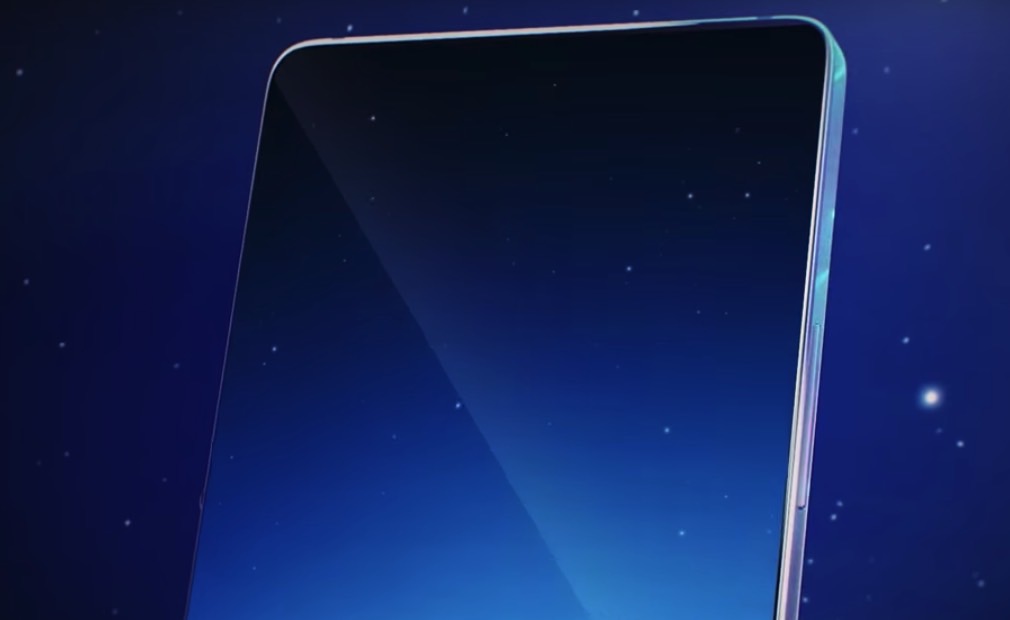 We wondered at the time whether the image was real or doctored, and it looks like today we have the answer. The company rumored to have created that prototype actually unveiled the device on Monday, a handset that features a couple of neat tricks on top of the impressive FullView display that actually occupies the entire front of the phone.

Vivo is the company in question, a Chinese smartphone maker you might not be familiar with even though it happens to be a top-five player in the global smartphone business.

Vivo is also a company of firsts, having just released the first smartphone in the world with a fingerprint sensor embedded into the display.

Fast-forward to today and we’ve got the Vivo Apex to check out. The phone features incredibly tiny bezels and no front-facing elements other than a screen. The sensors have been buried under the display which doubles as a speaker, and the selfie camera… well, here’s where we have a problem.

The Apex has a selfie cam that only pops up when you needed, and then goes back into hiding. This solution is a neat way to remove the selfie cam from the front screen, but it doesn’t help with facial recognition features. On the back, we can easily spot a vertical dual lens-camera that looks very much like the iPhone X’s.

Sadly, this is just a concept phone for the time being, and there’s no telling when or if Vivo will actually launch the Apex. From the press release, it’s clear that Vivo has not finalized development of the phone:

The Apex features unprecedented top and side bezels of 1.8mm–the thinnest in the industry, with a 4.3mm bottom bezel. The screen-to-body ratio will exceed 98% if the bottom bezel reaches 1.8mm, ultimately creating a truly bezel-less experience. Thanks to the flexible OLED platform, microchips mounted directly to the flexible circuit board enables the Apex’s staggering screen-to-body ratio.

Others are also working on further extending the screen, including Apple and Samsung. Both companies are studying ways to hide the selfie cams, front sensors, and speakers behind the screen. While they’re certainly making progress behind closed doors, their current “all screen” claims are unfortunately nothing more than empty marketing drivel.