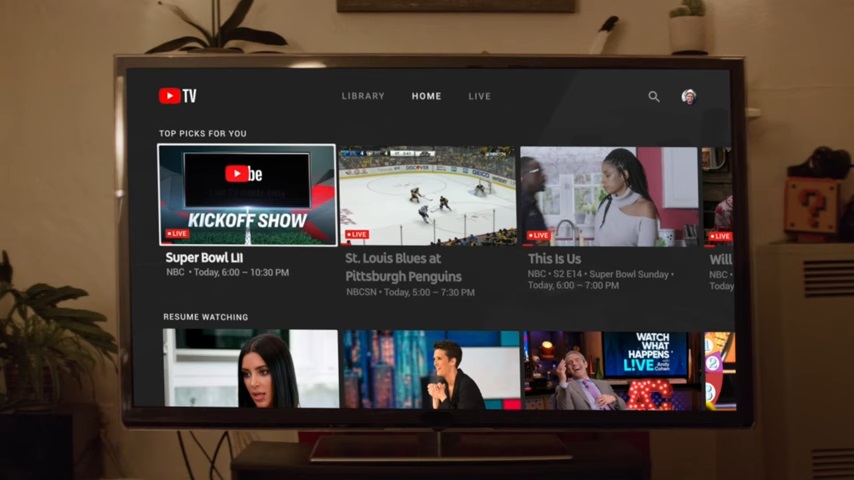 At long last, YouTube TV added a picture-in-picture mode to its iOS app. This useful feature has been available on Android since 2017, but YouTube had left iPhone and iPad users high and dry for years. As long as your device is running iOS 15 or newer, you can now continue watching YouTube TV even when you leave the app.

YouTube announced the new feature for iOS devices in a tweet on Wednesday. In the tweet, the team explained how to use the feature on iPhone and iPad:

We’re happy to share that picture-in-picture is now rolling out to your iOS 15+ devices. Simply select a video to watch and swipe up from the bottom of the screen to return to the device’s homepage. The video can scale down and move across your screen.

We really appreciate your patience while we worked on enabling this key feature for your iOS 15+ devices. We hope you enjoy this easy way to stream.

It is truly astounding that it took this long to bring such a basic feature to the second most popular mobile operating system on the planet. As a YouTube TV subscriber with an iPhone, this has been my top complaint ever since I first signed up for the service. Not being able to continue watching live TV while checking my email or responding to a text has been utterly infuriating. Thankfully, I’ll never have to worry about it again.

If you aren’t able to use picture-in-picture on YouTube TV yet, be patient. YouTube says that the feature is “slowly rolling out and should be available to you soon.” Check the App Store as well and make sure that you have the latest version of the app.

Google spokesperson Allison Toh told The Verge this week that the company is “still testing picture-in-picture on iOS with Premium members and hope to make it available to all iOS users (Premium and non-Premium) in the US in the coming months.”

In other words, no one has any idea when YouTube will get PiP on iOS.

The lack of updates is frustrating, but maybe a bunch of free movies and shows will help to soften the blow? Just days ago, YouTube entered the free, ad-supported television (FAST) wars by adding thousands of TV episodes and movies that anyone can stream for free with ads. Some of the highlights include Hell’s Kitchen, The Lost Room, and Wilfred. YouTube says that it will add up to 100 new titles each week as well.