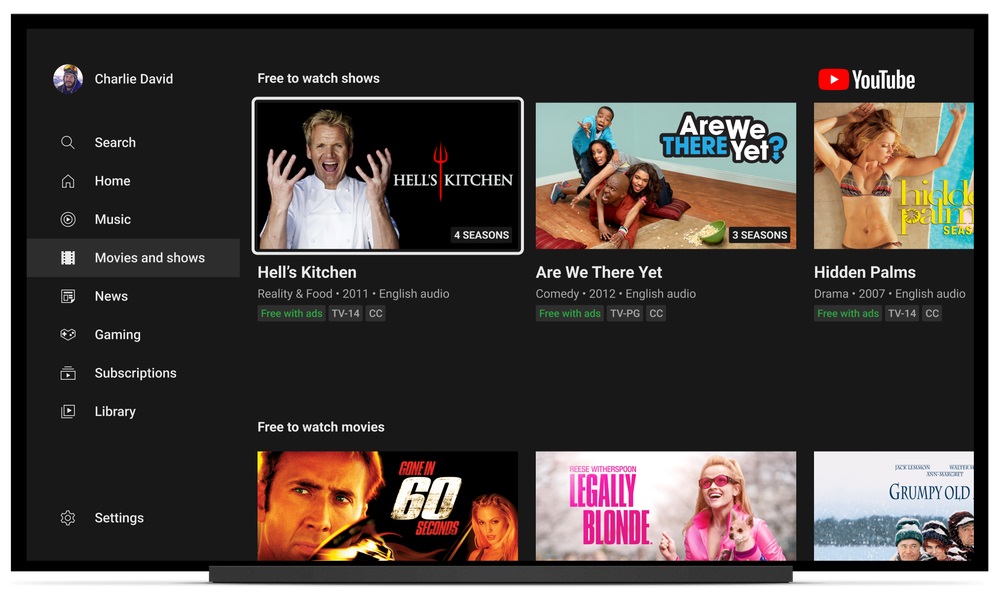 In recent years, free, ad-supported TV (FAST) services have become increasingly popular in the US and abroad. Some of the more popular services are Tubi, Pluto TV, and now The Roku Channel. And now YouTube is entering the arena with thousands of free TV shows of its own. On Wednesday, YouTube announced that full seasons of TV shows are coming to the service that will be fully free to watch with ads. There are already close to 4,000 episodes available, including from shows such as Hell’s Kitchen and Andromeda.

As YouTube’s Movies & Shows team explains in a blog post, over 135 million people watched YouTube on a connected TV in the US last December. YouTube was already the most popular ad-supported streaming platform, and now it has full seasons of TV shows for free.

“To enhance the viewing experience, we’re unveiling brand new streamlined navigation and immersive banner art,” the team says. “The rich visuals and new menus will help you more easily find your favorite TV shows from the comfort of the couch, whether you choose to rent, purchase, or watch for free with ads. Many of these titles are also now available in high definition 1080p with 5.1 surround sound audio on supported devices.”

YouTube users in the US can access the free movies and shows on web browsers, mobile devices, and most connected TVs via the YouTube on TV app. YouTube also says that it will add up to 100 new titles each week, so be sure to check back often.

What should I watch?

Here are some of the best free, ad-supported shows available on YouTube right now:

Admittedly, most of these are ancient, forgotten, or both, but there are a few hidden gems in the collection. For example, The Lost Room is a criminally underrated Syfy Channel miniseries starring Peter Krause and Julianna Margulies. With just three movie-length episodes, it is a perfect binge watch for a quiet Saturday night at home.

Two other shows you might want to check out are Running Wilde and Wilfred. Running Wilde was one of several shows that Arrested Development creator Mitch Hurwitz tried to get off the ground before Netflix brought AD back. It only last one season, but Will Arnett is predictably great in it, and it will make you laugh. As for Wilfred, only two of the four seasons of the FX show are available, but it must be seen to be believed. All you need to know is that Elijah Wood sees his girlfriend’s dog as a man in a dog suit. That’s the show.