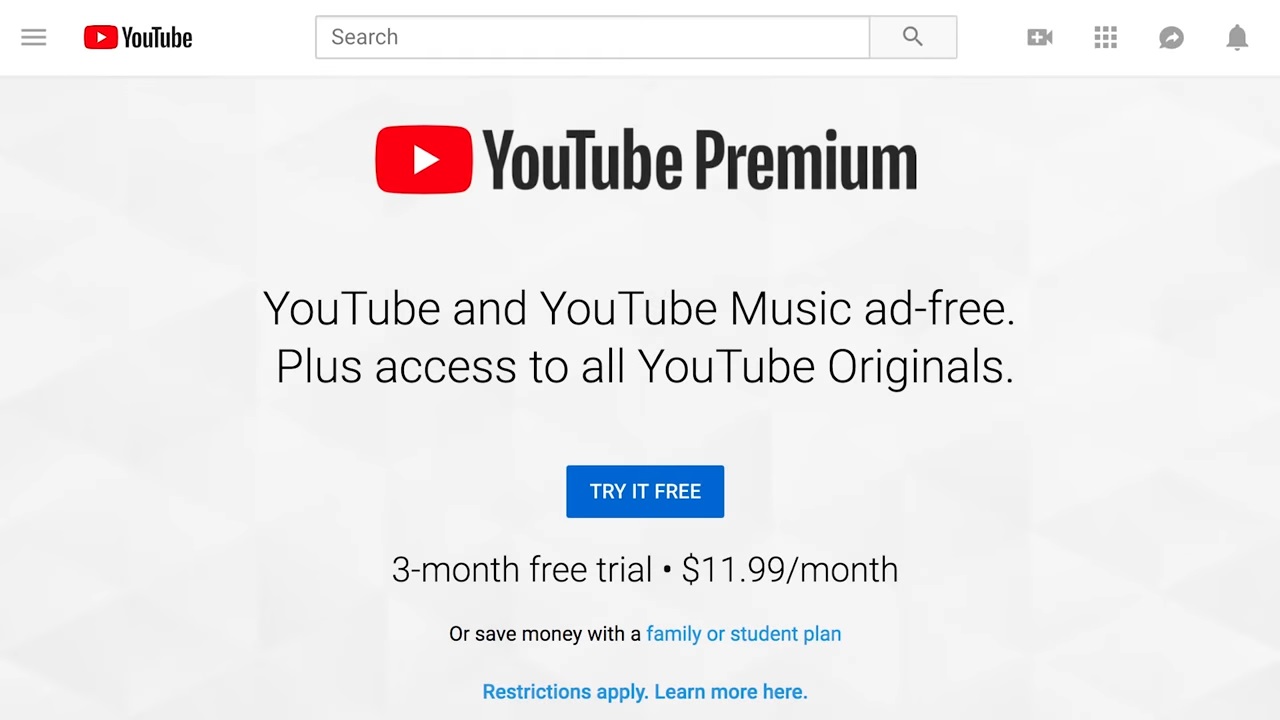 At this point, most of us have learned to live with the endless barrage of ads on YouTube. It’s the cost of having limitless entertainment at our fingertips. Of course, there are ways to stop the ads. If you’re willing to pay $11.99 a month for a YouTube Premium subscription, you can watch YouTube videos without ads. For some users, the lack of ads is worth the price, but it is a rather steep price. In addition to eliminating ads, YouTube Premium also features offline downloads and ad-free access to YouTube Music. But what about the users that just want to get rid of the ads and don’t care about the other perks? Enter: YouTube Premium Lite.

A YouTube spokesperson provided The Verge with the following statement: “In Nordics and Benelux (except for Iceland), we’re testing a new offering to give users even more choice: Premium Lite costs €6.99/month (or local equivalent per month) and it includes ad-free videos on YouTube.”

The Verge notes that YouTube Premium Lite offers ad-free viewing across the web, iOS, Android, smart TVs, consoles, and the YouTube Kids app. Meanwhile, it does not have offline downloads, background play, or YouTube Music Premium. It’s a barebones version of the standard tier.

On one hand, a budget subscription that only removes ads would probably attract plenty of users. On the other, Youtube Premium Lite is just €5 cheaper than the standard tier (€11.99) despite offering far fewer perks. Thankfully, YouTube says that the subscription is in an experimental phase, which means that there could be changes to the pricing model in the future. YouTube is also considering additional plans based on the feedback it receives from subscribers.

If you live in Belgium, Denmark, Finland, Luxembourg, the Netherlands, Norway, or Sweden, you might be able to give YouTube Premium Lite a test run. Unfortunately, the rest of us are going to have to wait, as Google hasn’t said when or if other territories will be included in the test.