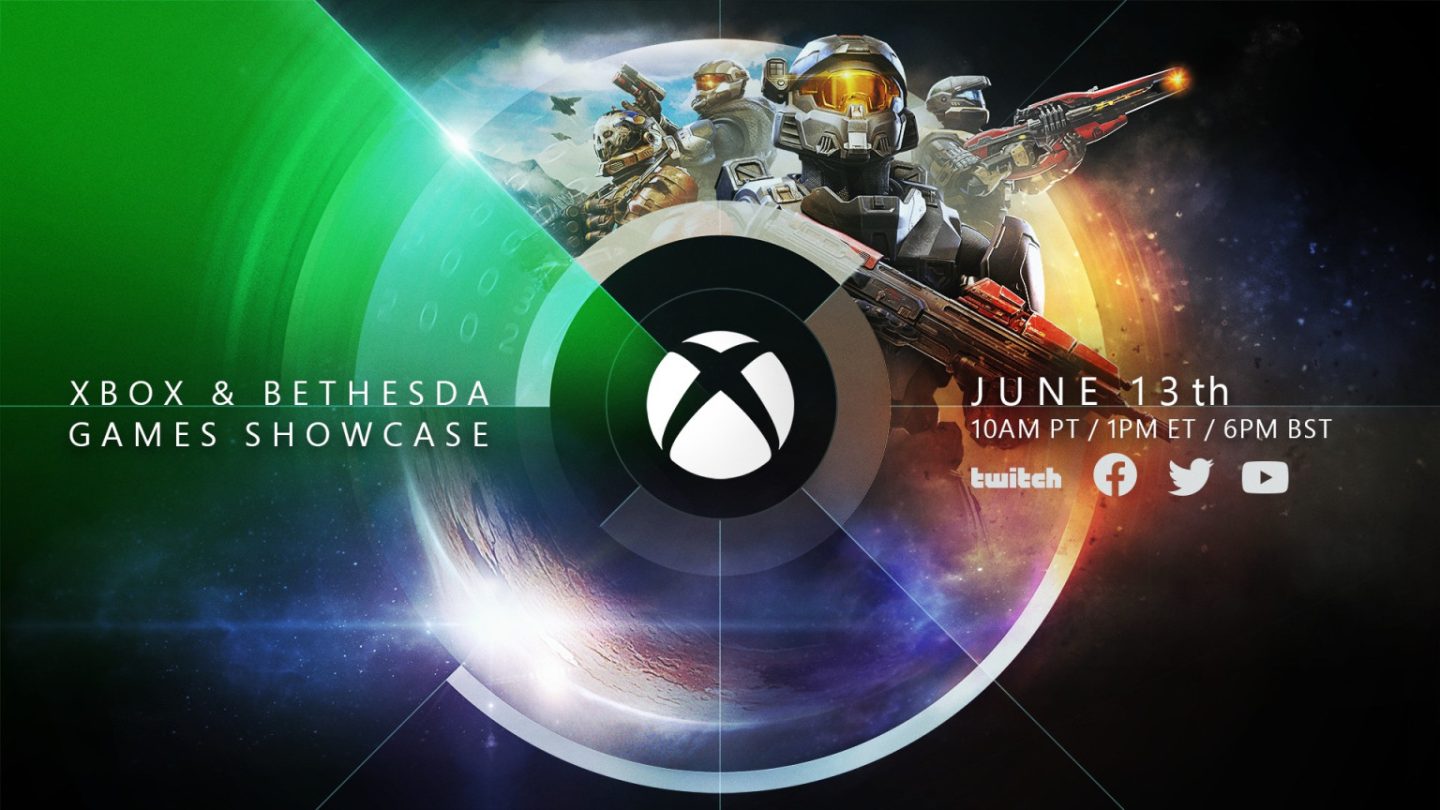 The second day of E3 2021 has begun, but other than Tuesday’s Nintendo Direct, the highlight of this event is certain to be the Xbox and Bethesda Games Showcase, during which Microsoft and Bethesda Softworks will team up to show off what they have in store for 2021 and beyond. The showcase is set to begin at 10:00 a.m. PT / 1:00 p.m. ET and should last about 90 minutes. You can watch the entire live stream in the embedded video below.

If you’re wondering why Microsoft and Bethesda are holding a joint press conference at E3 this year, you probably missed the news that Microsoft completed its acquisition of Bethesda’s parent company ZeniMax Media back in March. Xbox now counts the likes of The Elder Scrolls, Fallout, Doom, Dishonored, Wolfenstein, Quake, and Starfield among its original franchises.

Both Microsoft and Bethesda have been tight-lipped about their plans for the digital showcase, but based on the images they are sharing, Halo Infinite will have plenty of screen time. This long-awaited sequel/reboot was once set to debut alongside the Xbox Series X and Xbox Series S last fall, but it was eventually delayed. Developer 343 Industries claims the game will be ready this fall, and in addition to more gameplay, we might get an official release date during the stream:

There are plenty of other Xbox titles we have been dying to learn more about, from Perfect Dark and Fable to Avowed and the next entry in the Forza Motorsport series. Some of these games are likely still years away, but maybe one or two will make an appearance. Of course, the Xbox team should have a few surprises in store as well — hopefully some coming out this year.

Microsoft will need to be economical with its time, because Bethesda has been hosting its own hour-long showcase in recent years, and will undoubtedly have plenty to talk about as well. It seems all but inevitable that Starfield — a space-faring RPG that Bethesda announced three years ago — will get an update, and perhaps even some gameplay. In fact, with The Elder Scrolls VI unlikely to have much of a presence, Starfield might need to carry Bethesda’s portion of the show.

Additionally, when Microsoft acquired ZeniMax, it also absorbed MachineGames (Wolfenstein), Arkane (Dishonored, Deathloop), id (Doom), and Tango Gameworks (Ghostwire: Tokyo), so expect updates from some or all of these teams as well during the showcase.

We’re now seven months into the new console generation, and major exclusions like Ratchet & Clank: Rift Apart have started dropping. As such, Microsoft has a golden opportunity to get Xbox Series X and Series S owners excited about the consoles they spent hundreds of dollars on, and once again, Sony is not participating, so there won’t be any PS5 announcements to steal the spotlight.