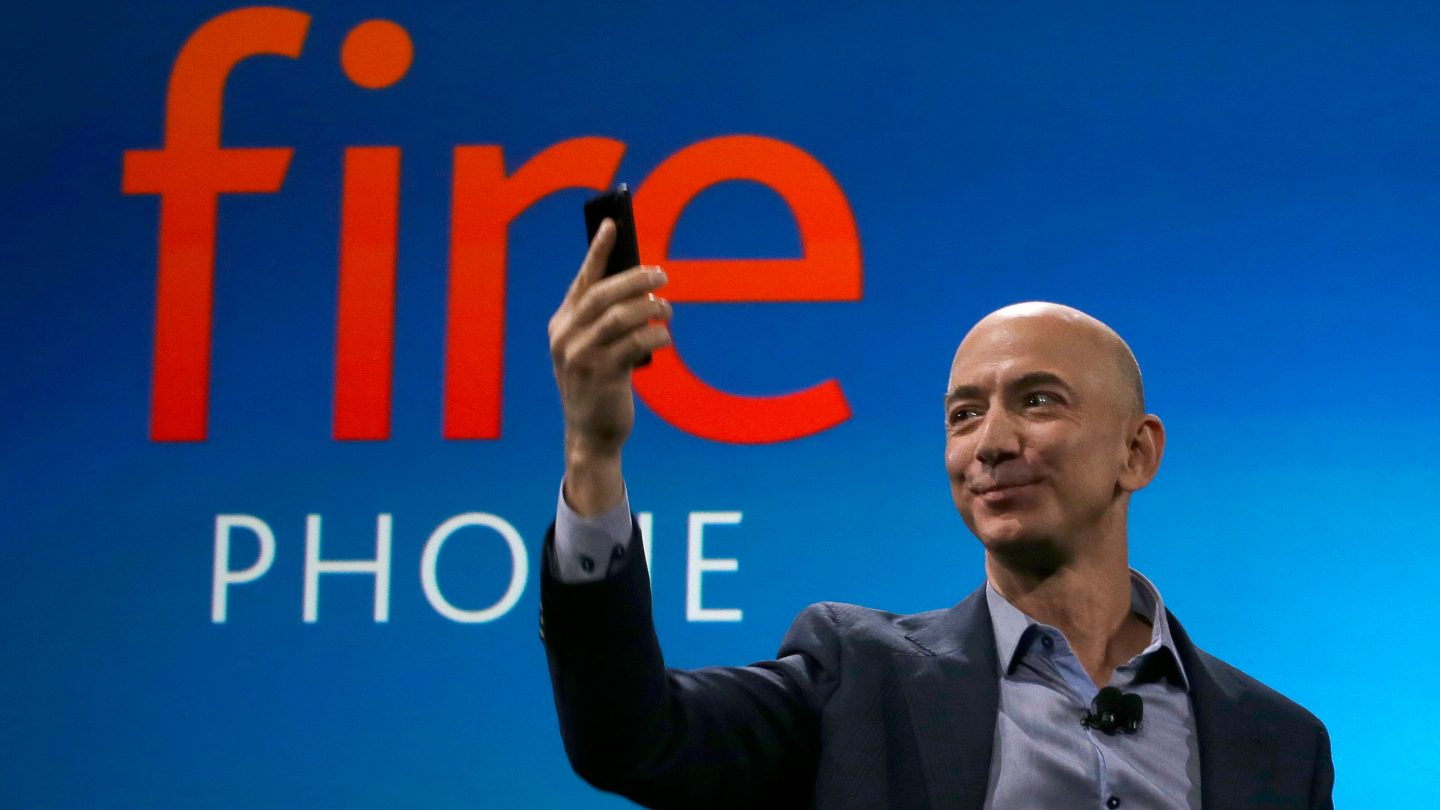 The rise of smartphones has been the biggest story in personal computing technology over the past decade. But while there have been a lot of high-profile hits like Apple’s iPhone and Samsung’s Galaxy Note series in that time, there have been even more misses. While this is to expected in just about every industry, there were certain smartphones released over the past decade that were so obviously ill-conceived that you just had to scratch your head and wonder what their developers were thinking. For your amusement and horror, here are the five most disastrous smartphones ever released.

FROM EARLIER: The complete Star Wars movie schedule through 2020

In 2011, HTC was still flying high as one of the top upstart smartphone manufacturers in the world. But it seems this success went to the company’s head, which is the only possible explanation for its decision to release the HTC Chacha, a Facebook-centric Android phone that had its very own Facebook button.

As you can see, the phone had a butt-ugly design that made it look like the device had been put through one of Unbox Therapy’s patented bend tests… except it was all intentional. The device promptly flopped and, in a sane world, it would have shown both HTC and Facebook that there was no market for a Facebook phone.

But we do not live in a sane world, as our next phone will show us…

Yes, Facebook suckered HTC into making another Facebook-centric phone called the HTC First. This particular device was used to showcase Facebook’s Facebook Home overlay that essentially took over your Android phone’s home screen. Facebook Home was roundly hated by Android fans and didn’t even seem to win over many hardcore Facebook users who preferred to keep some distance between themselves and the ubiquitous social network.

The HTC First was also sold as an AT&T exclusive, which is typically the kiss of death for every phone that wasn’t an iPhone. Sales of the device were so dismal — a total of just 15,000 nationwide in its first month! –that AT&T discontinued sales of it almost immediately.

No. 3: The Microsoft Kin One

Good God, what was Microsoft thinking with this thing? The Kin One is so bad that we had to have a debate about whether it actually counted as a smartphone before including it.

The Kin was supposed to be a social networking and messaging device aimed at teenagers and it even included a specially dedicated smiley-face key. Unfortunately for Microsoft, even its own focus groups said that the phone was total trash, which should have been a glaring red flag to scrap it. Microsoft tried pushing it on consumers anyway and it bombed so badly that Microsoft axed it less than two months after it went on sale.

No. 2: The Amazon Fire Phone

Oh man was this phone a dud.

Amazon had modest success with its Kindle Fire tablet business, which is why it made sense for the company to try its hand at making a smartphone of some kind. However, Amazon screwed up literally everything about the Fire Phone: It was loaded with gimmicky features that weren’t compelling to most smartphone users, it was priced at $199 on contract, and it was an exclusive to AT&T.

Essentially, Amazon CEO Bezos did with the Fire Phone what Homer Simpson did when he designed his own car called The Homer: He made an overly expensive machine jam-packed with his own dream features that were appealing to himself and just about nobody else. The device was predictably a gargantuan flop and Amazon has wisely decided against trying to make a sequel.

No. 1: The BlackBerry Storm

It’s not an exaggeration to say the BlackBerry Storm is the single worst smartphone I have ever owned. From the silly push-in touch display to its incredibly buggy software, the device made me absolutely miserable until I eventually returned it for an older BlackBerry model.

RIM knew it had a soul-crushing stinker on its hands even before the Storm was released, as employees started referring to it as the “Sh*t Storm” and former co-CEO Jim Balsillie admitted that he was “dismayed at Storm’s delayed response to touch-screen clicks” when he was using it.

The device initially sold well thanks to the strength of the BlackBerry brand and a major marketing push from Verizon, which was eager to have a device that could counter the incredible hype AT&T was generating with the iPhone at the time. However, once people actually started using the phone, things went downhill fast — in fact, we learned this past May that almost every BlackBerry Storm that shipped in 2008 needed to be replaced. The Storm was such a disaster that Verizon demanded that RIM pay it back $500 million to make up for the losses it took trying to sell the device.