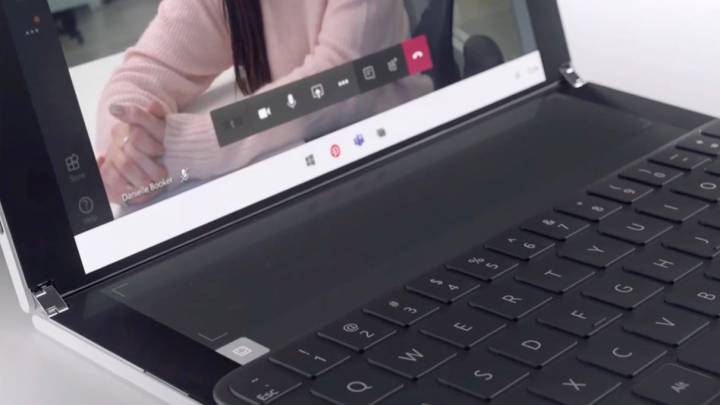 Microsoft announced two dual-screen devices during its press event earlier this week: the Surface Neo and the Surface Duo. The bigger device will be powered by Windows 10X, while the smaller one runs Android.

The Neo, however, is the more exciting device, as it will help introduce a brand new version of Windows 10 that is customized for devices featuring two displays. But the Surface Neo will not be the only Windows gadget to feature two displays or a foldable design, Microsoft confirmed. However, none will launch sooner than late 2020.

Microsoft showcased the Neo and Duo more than a year before their expected launch date in order to encourage developers to imagine new app experiences that can take advantage of two screens on a dual-screen or foldable device. Earlier this year, Lenovo was the first company to demo a Windows laptop featuring a foldable display similar to what you’d see on a 2019 foldable smartphone. Microsoft’s Neo has a hinge between those two screens, and while it folds, the device doesn’t feature a foldable display.

It turns out that Lenovo will be one of the other companies working on Windows 10X devices. Microsoft also listed three other laptop vendors in a blog post introducing Windows 10X. Asus, Dell, and HP will join Lenovo and Microsoft to manufacture dual-screen devices as well.

The company says the Neo is “soon to be followed” by devices from these four companies, although none of them will hit stores earlier than the fall of 2020. Microsoft did not share any specs, but noted they would feature dual-screen or foldable displays, feature Intel chips, and come in different designs, specs, and sizes.

The only commonality between them will be the new Windows 10X operating system, which is designed specifically for the new form factor. Windows 10X is not an upgrade that will install on top of the existing Windows 10 version you have running on your PC.

Windows 10X will look similar to Windows 10, but the new OS is optimized for “flexible postures and more mobile use.” Windows 10X will also prioritize battery life and manage the battery drain of Windows apps. Windows 10X is built on the same core technologies that power Windows 10, Xbox, and HoloLens, but it also features a “newly implemented support for running Win32 applications in a container.”

That’s pretty much all that Microsoft has to say about its Windows 10 variations and the devices that will run the OS fork. The following Neo demo shows what Windows 10X looks like on a dual-screen device: