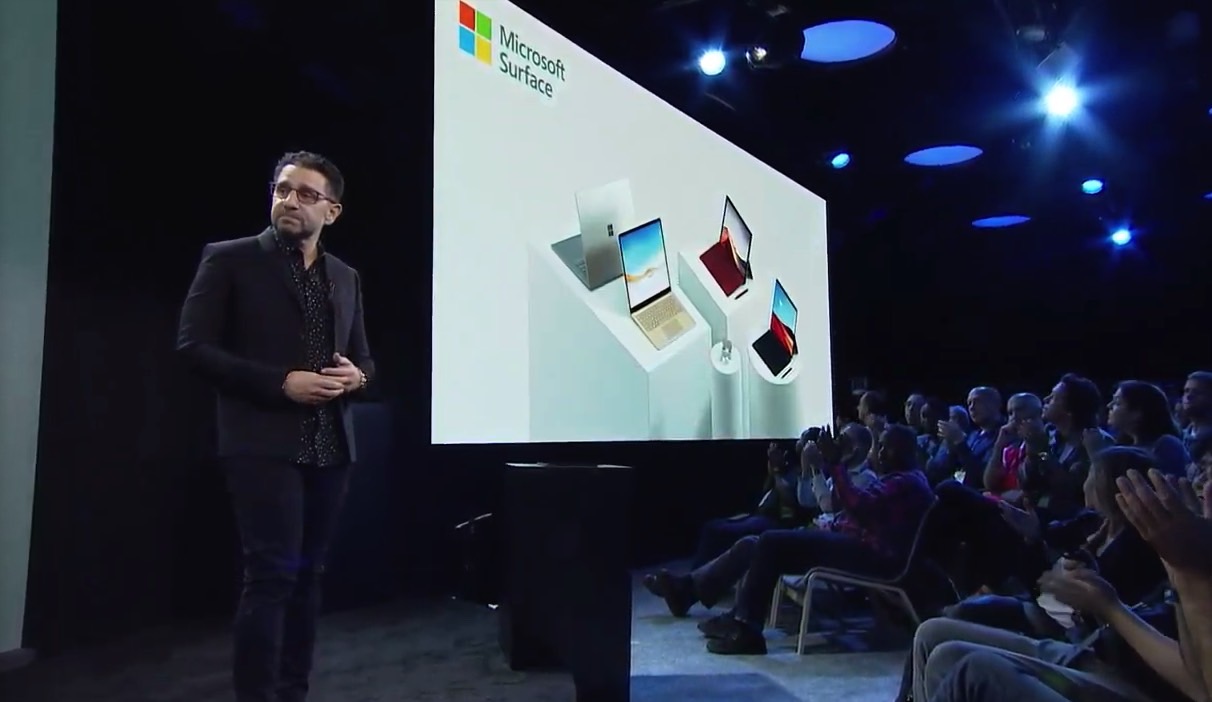 Microsoft on Wednesday unveiled a bunch of new products, confirming from the get-go that new form factors were in store for the Surface event. The Surface Laptop 3 and Surface Pro 7 were among the expected upgrades to some of Microsoft’s popular Surface products. And the company added AMD and ARM choices to these lines, in addition to the new Intel 10th-gen Core chips. But the most exciting product of the day was Microsoft’s dual-screen Surface 2-in-1, a first for the company, and a daring new product. However, the latest gadget will not be available in stores until the 2020 holiday season.

The Neo was in the works for quite a while, with the company reportedly showing the gadget to its employees recently. Previously codenamed Centaurus, the device is not quite a foldable laptop, but that’s undoubtedly where the design is heading to.

The Neo is just 5.6mm thin, and you can hold it anywhere you see fit thanks to the 360-degree hinge including book mode, tent mode, and laptop mode. A physical keyboard accessory is also available, for when a second touch display isn’t good enough for typing. On the back, there’s a stylus present, charging magnetically and ready to be used. The keyboard also attaches magnetically to the back of one of the Neo’s halves.

In addition to the specialized hardware, Microsoft also adapted the software for the new screen and unveiled a Windows 10 variation they call Windows 10X. That’s probably the main reason why the Neo won’t be launched sooner than holiday season 2020. Windows 10X will run the apps you expect from a Windows 10 laptop or desktop, including Microsoft Office. But some of these apps will likely need to be customized for the dual-screen experience Microsoft imagines for the Neo.

From the looks of it, the Surface Neo looks a lot like what the Microsoft Courier should have been, a dual-screen alternative for the iPad that Steve Ballmer’s Microsoft never made. We’re looking at two 9-inch screens that form a 13-inch display when unfolded. According to Microsoft, the Surface Neo features the thinnest LCD screens in its class.

When it comes to specs, we’re looking at an Intel Lakefield processor made specifically for the dual-screen laptop form-factor. Intel, of course, is interested in convincing more Windows device makers to make dual-screen laptops/tablets. And what better way to push them than to support Microsoft’s own dual-screen/foldable products.

Pricing details, however, haven’t been announced for the Neo just yet, so we’ll probably have to wait for Microsoft’s October 2020 Surface event to find out how much Microsoft wants to charge for this new form factor.