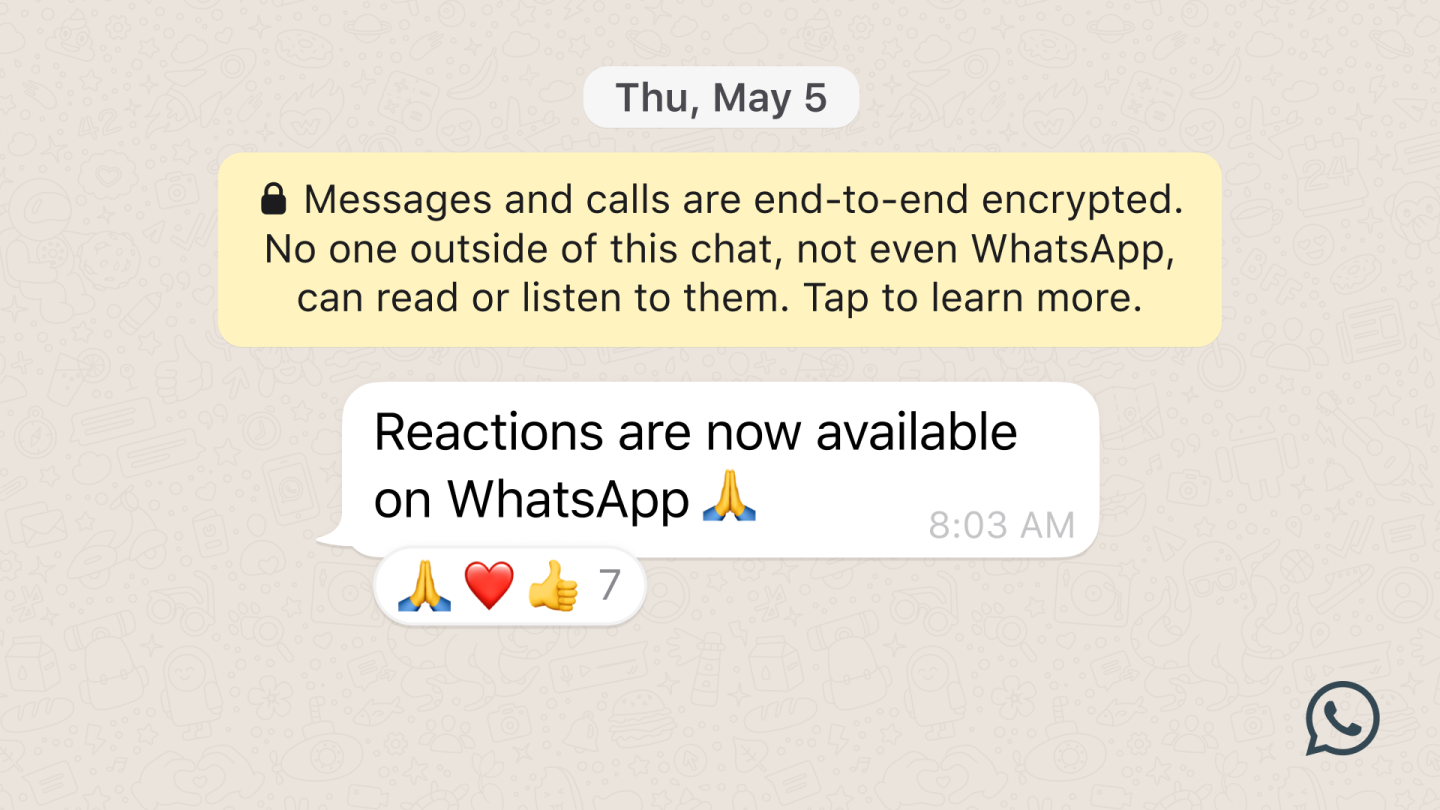 WhatsApp is the most popular mobile messaging platform on the planet, but it lacks some features that users have been requesting for years. This week, the WhatsApp team added a few of them at long last. The latest WhatsApp features include emoji reactions, the ability to send files up to 2GB in size, and even larger groups of up to 512 users.

Don’t Miss: Our guide on How to block spam texts on your iPhone

Last month, the WhatsApp team announced that a number of long-awaited features were in the works for the app. Emoji reactions were at the top of the list, giving WhatsApp users the ability to “quickly share their opinion without flooding chats with new messages.”

This week, WhatsApp confirmed that emoji reactions are available in the latest version of the app. But you might not see them quite yet. Meta spokesperson Vispi Bhopti told The Verge on Friday that the feature should roll out for every user “in about a week.” So don’t stress out if you can’t react with emojis in your conversations at the moment.

In addition to the reactions, WhatsApp is also increasing the shared file size limit. Users can now share files as large as 2GB with their contacts, and those files will be protected by end-to-end encryption. This is a staggering increase from the previous 100MB limit.

WhatsApp recommends using WiFi for larger files, but you could send them with data if you prefer. The app will also display a counter while uploading or downloading to let you know how long the transfer will take. If it’s a 2GB file, expect it to take a while.

Finally, WhatsApp is also giving users the option to add significantly more people to a group. The maximum size of a group doubled from 256 users to 512 users. The team does note that this feature is rolling out “slowly,” so it might be a while before we see it.

Other features we’re still waiting on

The highlight of the April blog post was a new feature called Communities. Communities are basically collections of related groups. Communities also give admins the ability to send announcements to everyone in every group. They can also add or delete groups in the Community. Communities should begin rolling out later this year, but they aren’t ready for primetime yet. Here are the other unreleased features:

Presumably, we’ll see all of these features before the end of 2022.