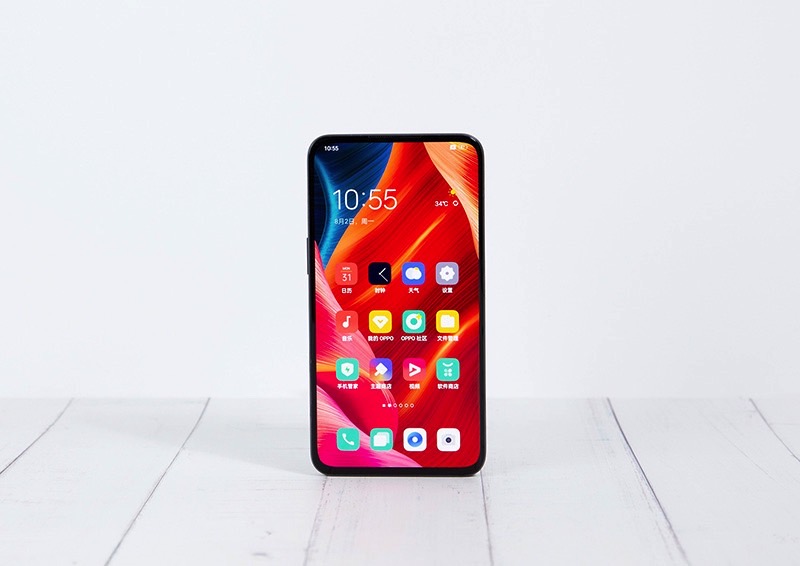 Chinese smartphone maker ZTE launched the Axon 20 5G last year, winning the “world’s first” title for under-screen camera technology. But that wasn’t the kind of Android phone you could get excited about or actually buy. ZTE wasn’t the first or the only company working on such display tech. We saw plenty of hype in the past few years, including working prototypes back in 2019. Those devices were not ready to make their commercial debut, as the camera and display performance were still lacking.

Samsung is about to launch its first phone with an Under Panel Camera (UPC). The Korean giant already coined a marketing term for the technology that will launch with the Galaxy Z Fold 3 next week. But it’s a different Chinese smartphone maker that just made the news with its next-gen under-screen camera tech. That’s Oppo, and the company implies its new tech is nearly perfect.

The problems with under-screen camera technology

Placing the front camera and sensors under the screen is the ultimate dream. Every major company in the mobile business is developing similar tech. We saw Apple score no less than three new patents describing ways to have Touch ID and Face ID components placed under the OLED screen.

There are two main problems with this new display design tech. The most important one concerns selfie cam performance. Whatever you do to the front of the phone, it can’t lose the camera. We need selfies in our lives. The same goes for live blogs, TikToks, and video chats. A UPC camera should deliver results on par with regular selfie cams that don’t have to parse light through the layer of OLED pixels.

The second problem concerns the display quality. We don’t want to spot the place where the under-screen camera sits. The display has to be “perfect” to our eyes.

Anything else would result in an annoying compromise, but one we’d have to understand. We tolerate the iPhone notch and the hole-punch camera because we need selfie cams. We’ll do the same with screens that can’t perfectly hide the under-display camera.

Oppo is one of the companies that demoed under-screen cameras back in 2019. The Chinese handset vendor took similar approaches with other mobile innovations. It showcased periscope zoom cameras and fast-charging batteries years before they were ready for a commercial debut.

After two years, Oppo says its next-gen under-screen camera (USC) tech has made notable advancements. Oppo cites hardware innovation and AI algorithms as factors that allowed it to develop the new USC screens. “The new under-screen camera solution discreetly places the front-facing camera under the smartphone display in a way that maintains the integrity and consistency of the entire screen, both during use and while in standby,” Oppo said in a press release.

Oppo claims the new USC tech solves various issues impacting this particular type of selfie cam. “Breakthroughs include resolving issues such as inconsistent display quality in the screen area above the under-screen camera, poor image quality caused by obstruction of the camera by the screen, as well as issues with product reliability and lifespan.”

How it all works

A new pixel display geometry makes the under-screen camera design possible. As you can see in the image above, the display portion covering the camera has a different pixel arrangement to allow the light to pass through. Oppo shrunk the size of each pixel but did not decrease the number of pixels per inch. That way, the screen layer covering the camera should be almost perfect.

Oppo offers the following image to make that point. A reading app might immediately point out display inconsistencies on USC devices with lower pixel densities in the region covering the camera.

Another factor that improves the under-screen camera tech is the new “innovative transparent wiring material.” Oppo also reduced the width of the display wiring by 50%.

The company says it developed a proprietary screen tech to maintain color accuracy, contrast, and brightness across the entire display, including the under-screen camera portion that features smaller pixels. The new “1-to-1” pixel circuit and display optimization algorithm will increase the screen’s lifespan by up to 50%.

Oppo also worked on the camera performance, developing imaging AI algorithms to correct blurry images and image glare issues. The example below is a selfie photo taken with an Oppo USC prototype.

That’s all great in theory. And, hopefully, it all works just as Oppo intended. But despite these accomplishments, Oppo isn’t ready to launch a commercial device with an under-screen camera. Wednesday’s announcement does heat up the USC wars a week before Samsung unveils its UPC solution.