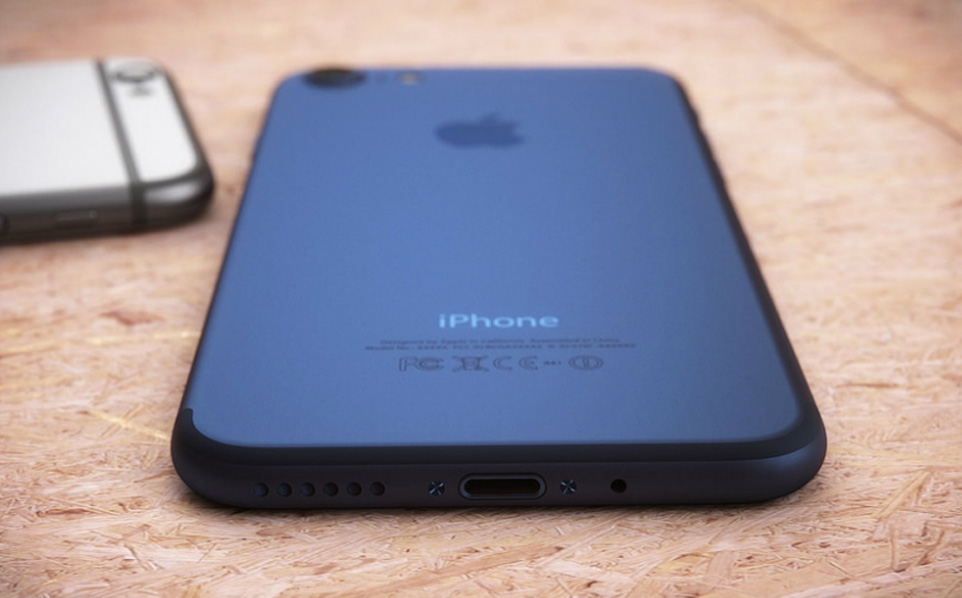 I haven’t been as active lately on Twitter as I once was, but I do use the service constantly to monitor the news. Twitter lists are fantastic for news-watching. In fact, the lists feature is probably the only reason I still use Twitter at all.

On Tuesday night, a tweet crossed by timeline that caught my eye. “Here’s the nightmare scenario if Apple removes the headphone jack on the next iPhone, as rumored,” the tweet warned. Ruh roh! This tweet had “click me” written all over it, and I might have skipped past it entirely had it not been for the source — Fast Company is a high-quality site that I personally enjoy. So I clicked.

The good news is that the article that tweet led me to wasn’t senseless click bait, as I had briefly feared might be the case. The bad news is that it describes a “nightmare scenario” that almost certainly isn’t based in reality.

The actual headline on the article — “What The Next iPhone Really Means For Music Copy Protection” — is far less clicky, which likely explains why the text in that tweet was pulled from the lede. The premise is relatively simple and, truth be told, potentially pretty frightening.

We’ve seen plenty of coverage of one iPhone 7 rumor in particular over the past few weeks. We’ve heard rumblings for months that Apple’s 2016 iPhone models would ditch the 3.5mm headphone jack and opt instead to only support Lightning headphones (or Lightning adapters). A new wave of panic ensues each and every time this rumor resurfaces, and it happened most recently last week.

My colleague penned a post explaining what many people are getting wrong about the rumor, but this new Fast Company article tackles things from another angle.

The “nightmare scenario” the author describes is a shift back to digital rights management (DRM) in the music industry, this time manifested as physical restrictions on headphone hardware. The article paints a picture of a possible future where digital music purchased legally or streamed from paid services like Apple Music might only play on authorized headphones. The switch from analog audio to digital would enable this new wave of DRM.

Here’s the nightmare scenario if Apple removes the headphone jack on the next iPhone, as rumored:

Years from now, you’ll try to plug your phone into a speaker or set of headphones via the iPhone’s Lightning port, and the music won’t play. Maybe it’s because the headphones weren’t authorized by Apple, or because your Lightning-to-USB cable uses an outdated copy protection method. Whatever the case, you’re now locked out of listening to the music you’ve legally paid to hear—a problem that doesn’t exist in today’s analog audio age.

This is a hypothetical situation, but the concern is not entirely without merit. If the headphone jack starts disappearing from smartphones, its digital replacement could include new mechanisms for digital rights management. The only question is to what extent that copy protection will be enforced.

It’s scary indeed, but it’s not going to happen.

Let’s think about why DRM exists in the first place and who stands to benefit in the scenario described above. The technology was brought about in an effort to combat music piracy, which was running rampant at the time. The beneficiaries were record labels, music publishers and other rights holders, who lost money each and every time a song was illegally downloaded for free. Using DRM would allow these rights holders to restrict playback and ensure that people listening to each track had indeed paid for it… in theory, at least.

Now, let’s fast-forward to the bleak future described by Fast Company. We don’t even have to dive in too deep to dismiss it entirely.

This actually does seem like something Apple might do, at least on the surface. Apple already imposes restrictions on iPhone and iPad accessories through a compatibility program. Have you ever tried to plug in your phone only to get that annoying “This accessory may not be supported” message? But in this case, we’re talking about a certification program covering accessories designed to work only with Apple devices, and they connect only using proprietary ports.

Further complicating matters in this nightmare scenario is wireless streaming technology. Enforcing DRM over a digital, wired connection is one thing, but Apple would also have to enforce DRM when the user connects a pair of Bluetooth headphones or a Bluetooth speaker in order for this scenario to make sense; there’s no reason to enable DRM for one type of connection and not the other. Again, this just isn’t going to happen.

There are valid reasons to be annoyed or even angry that Apple is likely ditching the 3.5mm audio jack on its upcoming iPhones. If your current headphones have a 3.5mm plug, you’ll need to purchase a Lightning-converter dongle or a Bluetooth adapter in order to keep using them. Or, you’ll need to purchase new headphones that have a Lightning plug, or that connect wirelessly.

It’s not ideal, but we’ve known for quite some time that Apple is willing to go against the grain in order to facilitate its designs. This manifested itself most recently on the Retina MacBook, which features no standard USB ports and instead uses only a USB Type-C port so that Apple could make the laptop thinner and have more room for the battery.

Prepare yourself to be annoyed this September when Apple unveils its new iPhones and they don’t have 3.5mm audio jacks. But rest assured that you’ll be able to use any headphones you want when you take delivery of your new iPhone 7.