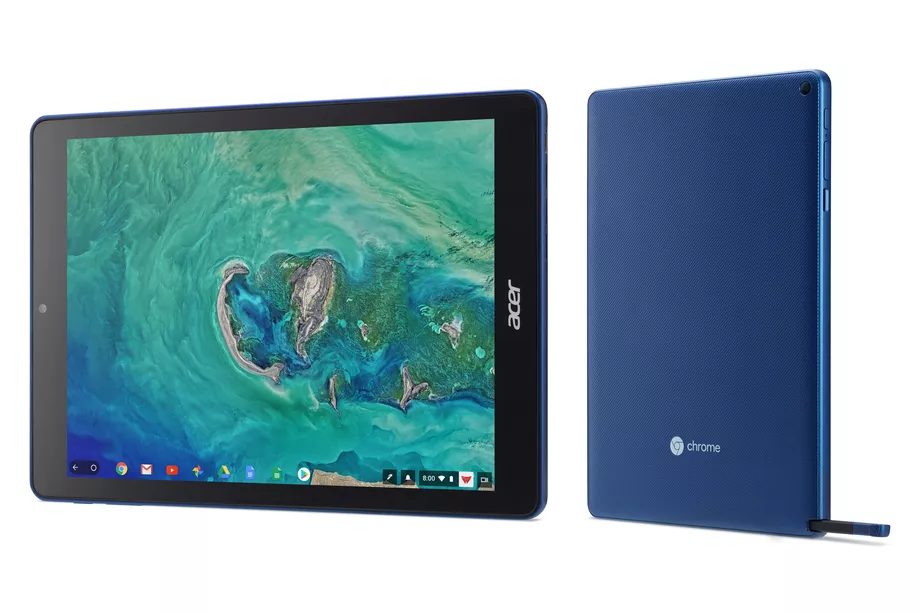 A leaked image back in late January told the world that Chrome OS tablets were in the works, with Acer expected at the time to unveil the first such device at some point in the months that followed. Precisely two months later, and less than a day before Apple’s big iPad-focused education event on Tuesday, the Acer Chromebook Tab 10 was unveiled.

Apple is expected to unveil its cheapest 9.7-inch iPad ever, a device targeting those users who would otherwise consider a Chromebook for their education needs. What’s even crazier is that Apple’s new iPad might be even cheaper than the Acer Chromebook Tab 10.

The Chrome OS tablet costs $329, which is exactly what Apple’s current 9.7-inch iPad is priced at. For that sum, you get a 9.7-inch display with 2048 x 1536 resolution, an OP1 processor (that’s a Google certified ARM chip for Chrome OS devices), 4GB of RAM, 32GB of storage, microSD support, 5-megapixel rear camera, 2-megapixel selfie camera, USB-C connectivity, 802.11ac Wi-Fi, Bluetooth 4.1, and Chrome OS on board. Android app support is, obviously, included.

Acer’s new Tab 10 laptop also ships with a built-in Wacom EMR stylus, which is certainly a convenient addition since the device is focused on the classroom. Battery life, meanwhile, is at up to 9 hours for the Chrome OS tablet.

The Acer Chrome OS tablet is supposed to ship next month in the US, and in May in other regions around the world.

Apple’s education-focused iPad, meanwhile, will supposedly cost $259, which is incredibly affordable. The new iPad should come with Apple Pencil support, although Apple usually sells its stylus separately. On top of that, unless Apple is unveiling a cheaper Pencil model, the current one will set you back a hefty $90.