Tesla’s final Model 3 unveiling is set to take place next month, but an enterprising Redditor happened to spot a Model 3 charging at a Supercharger station in California and managed to take the most detailed and instructive photos we’ve seen yet. Whereas most of the Model 3 photos we’ve seen in recent weeks have been taken of a Model 3 in motion, the most recent crop of Model 3 photos were carefully taken while the car was sitting still. What’s more, the Tesla employee driving the car reportedly told the Redditor that the Model 3 design is “pretty much” final at this point. While this is admittedly a second-hand blurb, it stands to reason that this is indeed accurate given that July is right around the corner.

So without further ado, featured below are a series of photos which provide us with our crispest look yet at what the shipping version of the Model 3 is actually going to look like.

The front-on view is essentially similar to what we’ve seen from the beginning, with the Model 3 below in the center and flanked by two Model S vehicles. 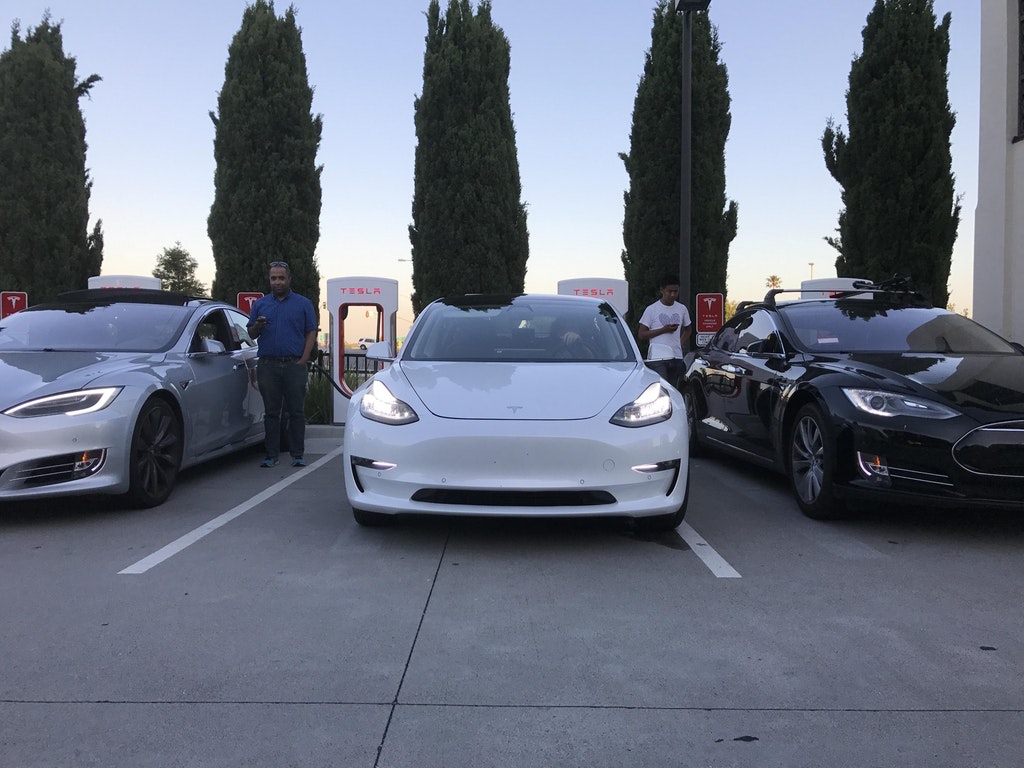 And now a side view for good measure. 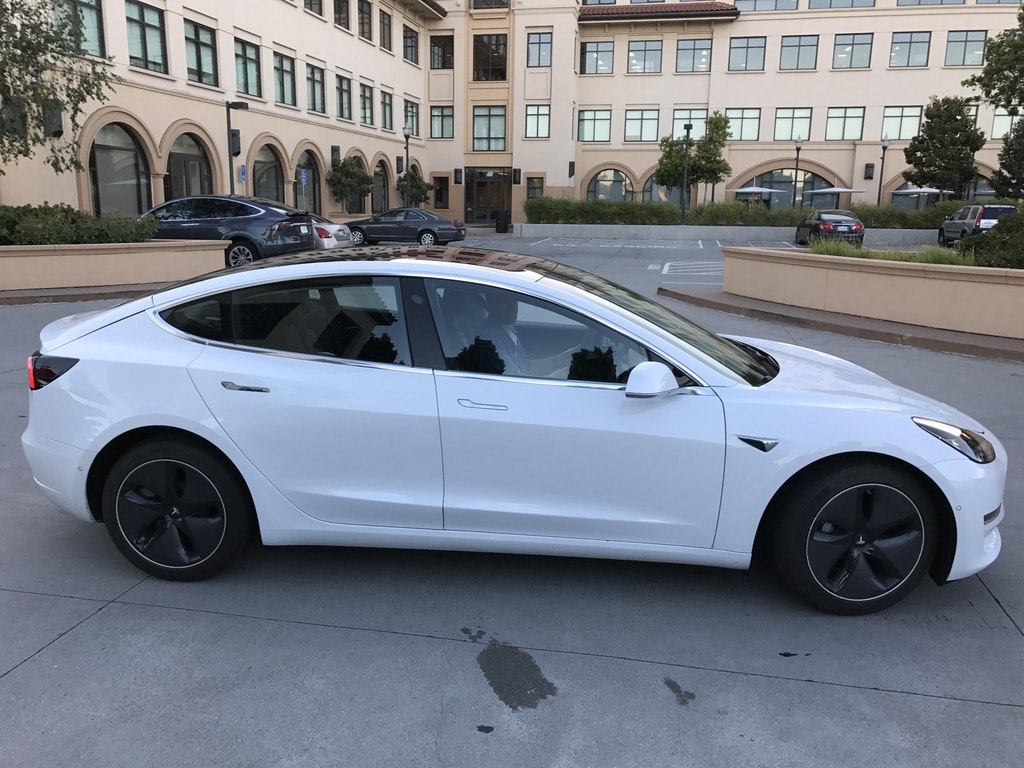 A shot of the Model 3 from the rear. 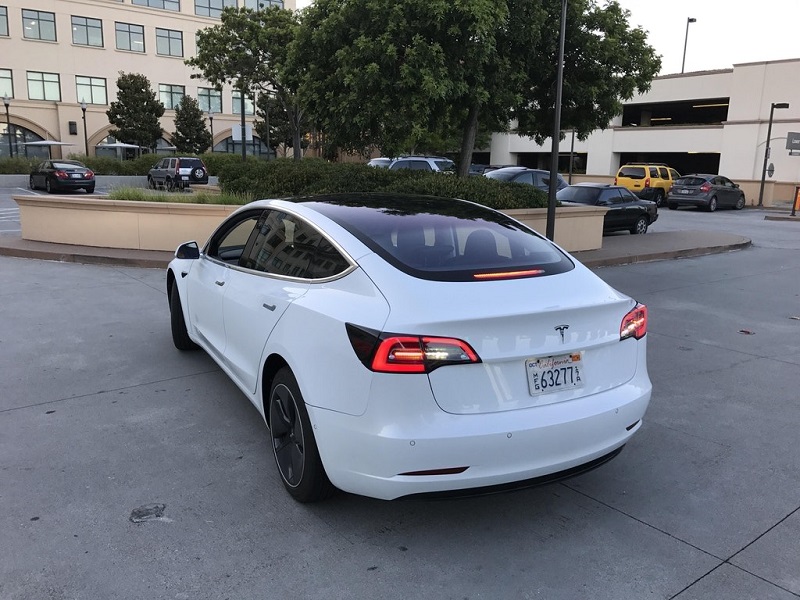 A close-up shot of the interior gives us our first solid look at what the final steering wheel design may look like. Alas, this is a far cry from the spaceship style design Elon Musk promised on Twitter many months back. 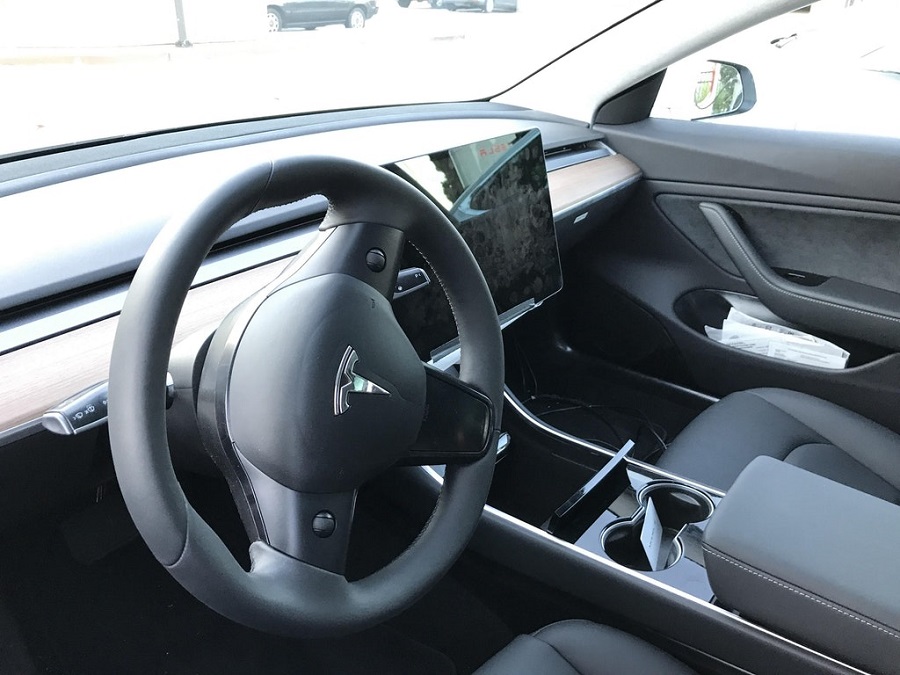 Moving along, this shot of the interior showcases an elegant wood trim, in line with other Model 3 spy shots we’ve seen over the past few weeks. Note that the display on the Model 3 is 15-inches and a tad smaller than the display that comes standard on both the Model S and the Model X. 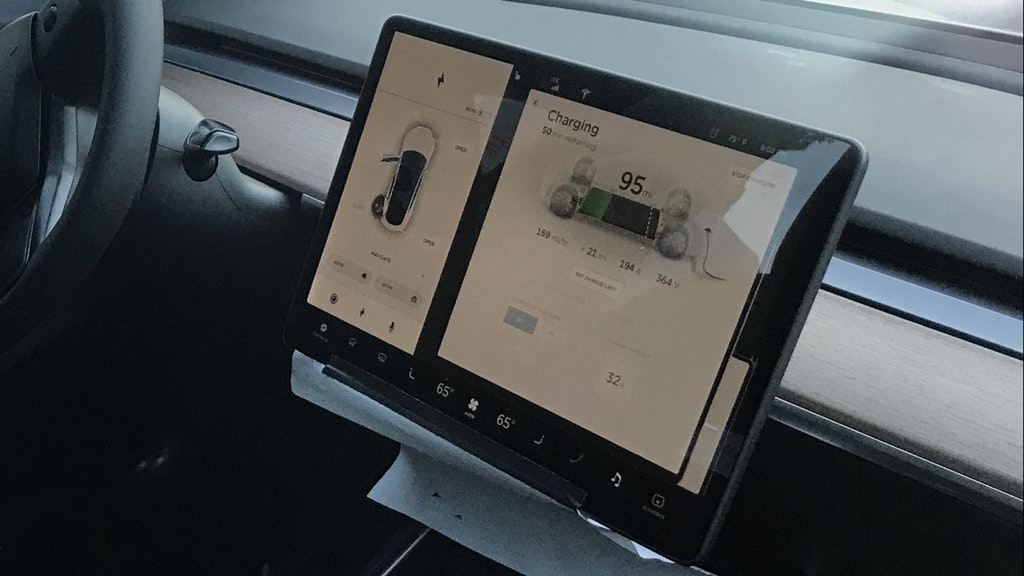 Not much too see here, just a Model 3 getting some juice. 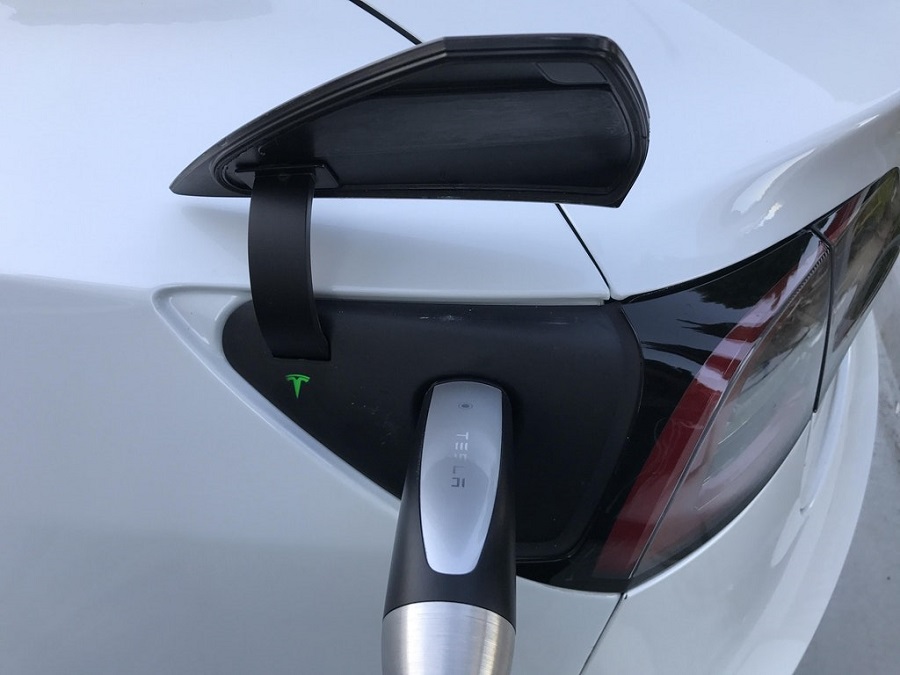 And last but not least, pictured below is a Model 3 with a decidedly unorthodox rims. 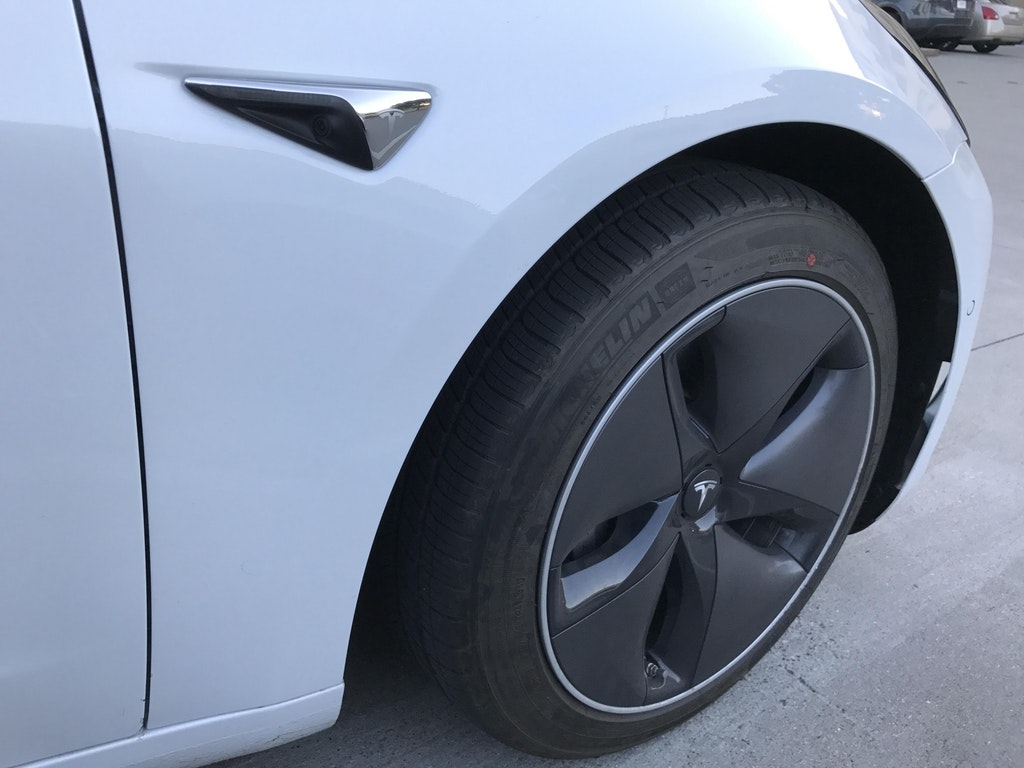 Pictures aside, we also have a pretty firm grasp on what type of specs the Model 3 will bring to the table. According to an official product sheet from Tesla that was released not too long ago, the entry level Model 3 will have a 0-60 time of 5.6 seconds and a minimum range of 215 miles on a single charge.