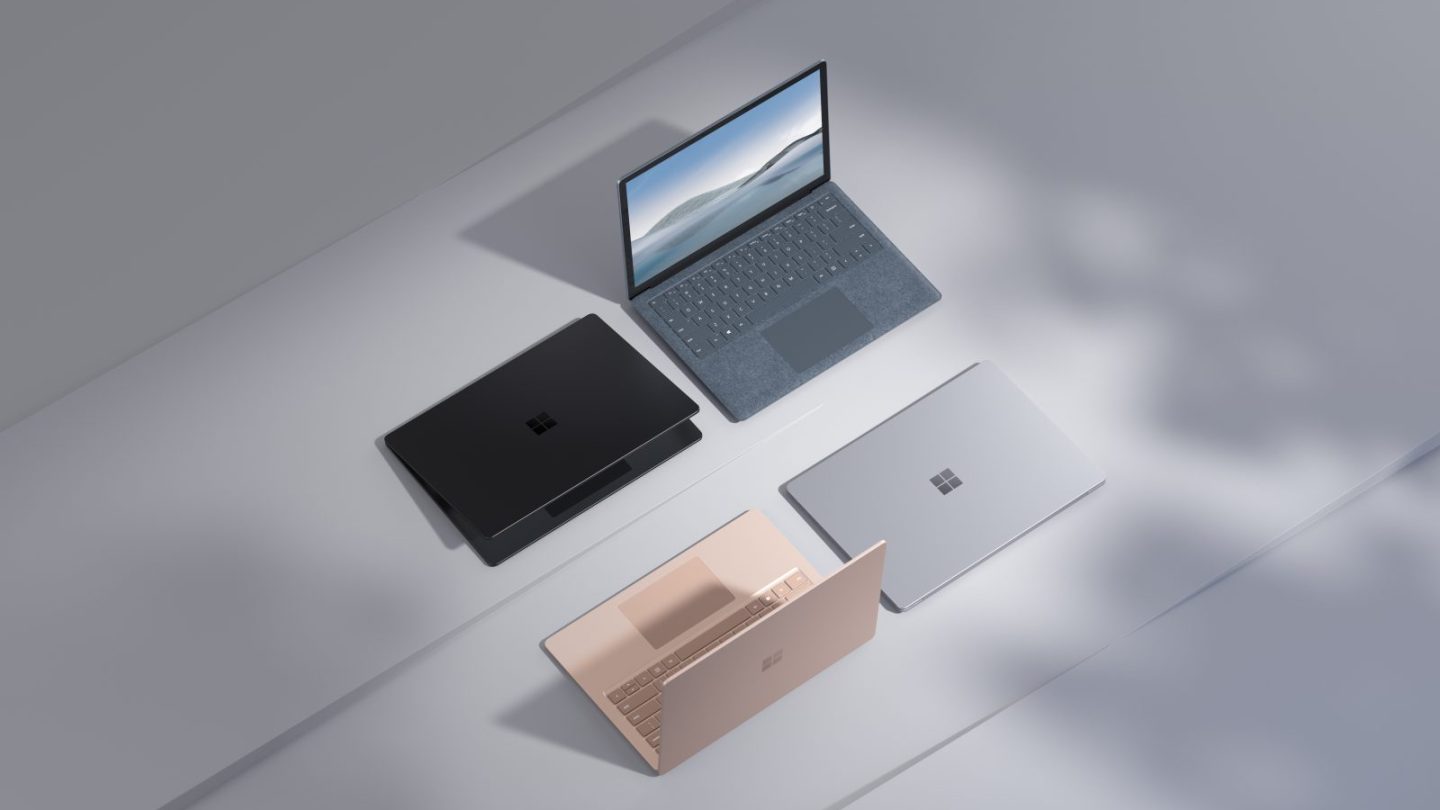 Both processors should be faster and more efficient than those that shipped with 2019’s Surface Laptop 3, but when it comes to Intel’s processors, Microsoft promises a 70% boost in editing photos and videos, with an assist from the Iris Xe graphics, which run can GTAV, Overwatch, and Rocket League comfortably at 1080p.

As for battery life, Microsoft says that the 13.5-inch model with AMD Ryzen can last up to 19 hours on typical usage, which consisted of opening eight popular websites across multiple tabs in a browser, running a productivity test with Word, PowerPoint, Excel, and Outlook, and using a number of idle applications. Meanwhile, the 15-inch AMD model stayed alive for 17.5 hours, but don’t expect to get quite the same results in real life.

The design of the laptop is virtually the same, including the ports. You’ll find a single USB-A port, one USB-C port, a 3.5mm headphone jack, and a Surface Connect port for charging on the Surface Laptop 4.

Every model of the Surface Laptop 4 is available to purchase now on Microsoft’s website.