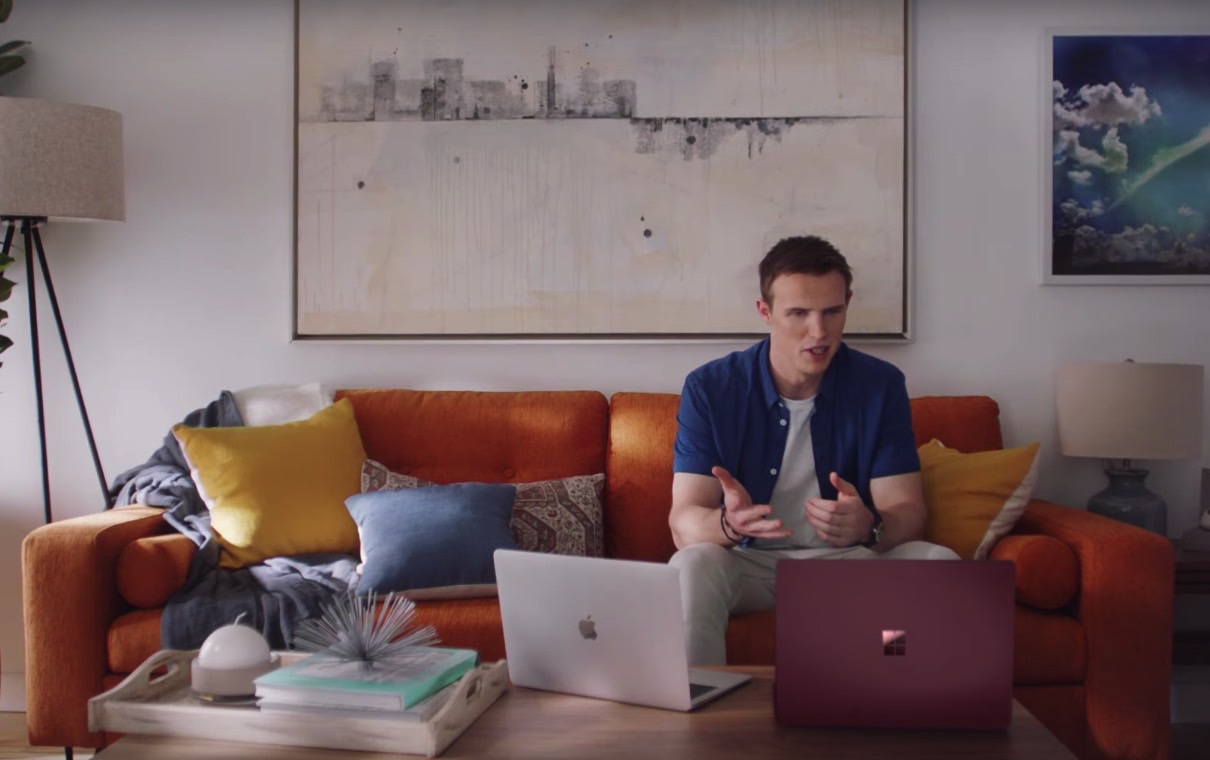 Ever since Apple released those viral Mac vs. PC ads many years ago, Microsoft has tried to come up with funny comparisons of its own — but none of them really stuck. What you’re about to see is easily the best bad anti-MacBook commercial from Microsoft to date, one in which a person named Mackenzie Book recommends the Surface Laptop over Apple’s notebooks. Yes, his nickname is “Mac” so his name really is Mac Book.

The fact that a real person named Mac Book recommends the Surface Laptop 2 over the MacBook Pro in this ad is hilarious. The guy’s name is the only reason why we’d ever bring up this commercial. The narrator keeps telling us that “Mac Book says” the Surface is better than the MacBook, and I laugh every time.

You have to give it to them, Microsoft finally found a way to make fun of Apple’s Macs in its Surface ads.

No matter how great the Surface notebooks might be — and Microsoft does have a small army of Windows 10 PCs for you — it’s still Apple that sets the tone in the laptop industry. And that’s in spite of not having a massive share of the market. macOS devices account for nearly 10% of the market, according to recent data, with Windows sitting at over 87%.

But when it comes to mind share, it’s Apple’s MacBooks that stand out. The Pro and Air models are easily recognizable, and every other company in the business has been trying to clone them for years. The same goes for the iPad, which is the subject of Microsoft’s ads in other Surface commercials.

Laptop vendors have come up with devices that look a lot like Pro or Air laptops for years, and they always advertise them as better MacBook alternatives. Microsoft keeps doing the same thing, pitting its latest Surface machines against whatever Apple equivalents it sees fit.

That said, it’s unclear why Microsoft is reviving its push against the MacBook now, with an ad that sells a Surface Laptop generation that’s been available in stores for close to a year. It’s not like the Surface Laptop 2 is a brand new device that needs clever marketing. Maybe Microsoft should have saved this type of commercial for a next-gen notebook.

The new Mac Book ad follows below, and it’s probably the first of many that Microsoft will try out: