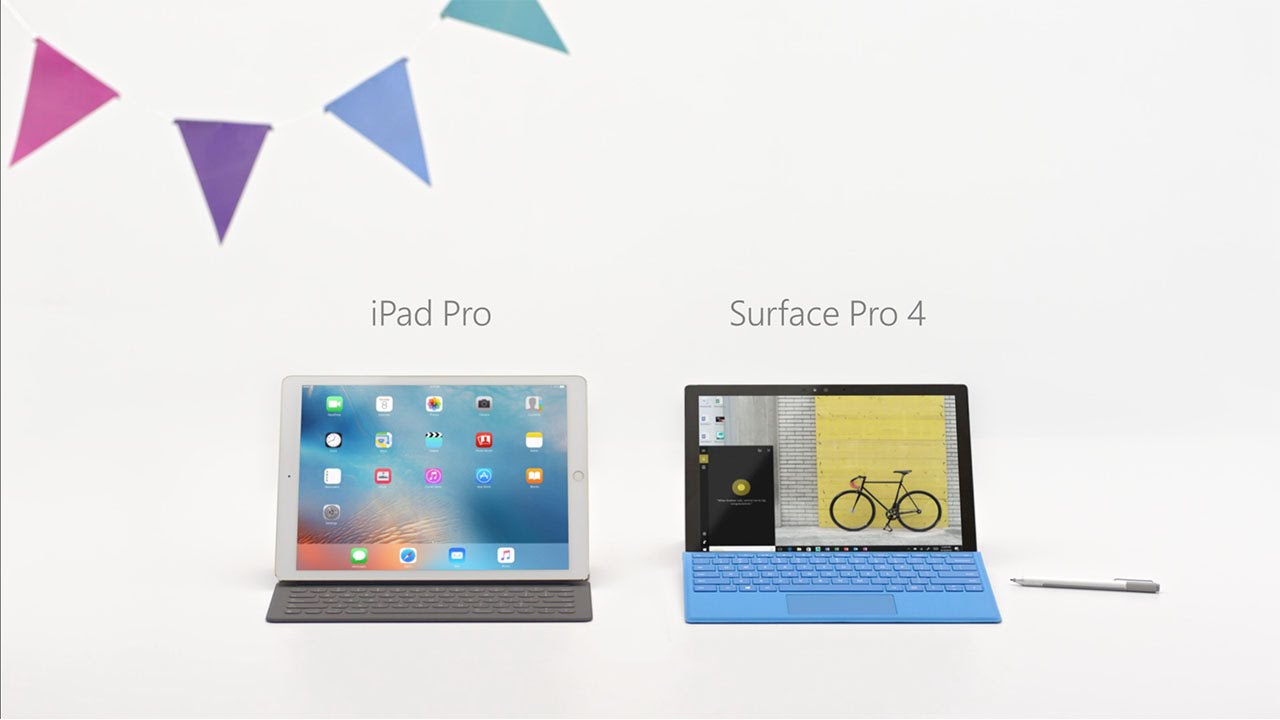 There’s little love lost between the Microsoft Surface and the iPad. Apple’s device is more popular, but the Surface is more powerful and versatile, which Microsoft argues makes it an all-around better device. The debate will never be settled, but Microsoft has taken out an ad to show the iPad Pro who is boss.

The format is not new: both devices, side-by-side, with Siri talking to Cortana. The idea is that Siri is putting on a party to celebrate her new keyboard, but Cortana is the rude kid that shows up and craps all over everything.

Siri just wants to have fun! It’s true: after far too long, the iPad is grown up, with a proper keyboard accessory. But as everyone noticed when the iPad Pro first launched, it’s a very similar device to the Surface 4, with a fabric keyboard cover, 13-inch screen, and optional stylus. (I refuse to call it a Pencil. Fight me.)

So Microsoft is right to gloat, just a little. It created the whole concept of a tablet that can be used for serious work, iterated it over four years, and finally produced something great. Apple mocked the Surface for a couple of years, before producing something virtually identical.

But by mocking the iPad Pro’s existing shortcomings, Microsoft sounds a little like the kid who turns up to their frenemy’s birthday party and just talks about how his party was so much better. No one really cares who made which device first; people just care about which is easier to use.

And yes, the Surface might be running full-fat Windows apps, but the interface is also much less touch-friendly than the iPad. You only need a trackpad on the Surface because the user interface demands it, and Microsoft making fun of the Office apps sounds a bit desperate to me.