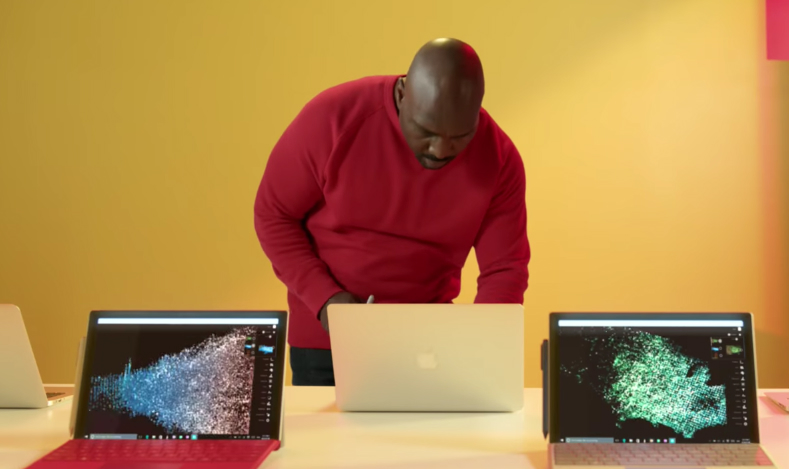 Microsoft is back with a new TV commercial that promotes its Surface Pro 4 laptop. And, just as expected, the ad once again focuses on taking shots at Apple’s MacBook. The message Microsoft is sending has not changed: The Surface Pro is better than MacBooks.

Just like in previous ads, Microsoft touts the same advantages that the Surface Pro has over MacBooks. Touchscreen displays that support styluses and a detachable keyboard that turns the Windows laptop into a tablet are what make the Surface Pro special, at least when compared to MacBooks.

Ignoring for a moment the epic rivalry between Microsoft and Apple, we’ll tell you to avoid buying any new laptop for a few more weeks. Apple is poised to update its MacBook Pro, MacBook Air and iMac lines as soon as October, while Microsoft is rumored to launch new Surface devices of its own later this year.

Even if you don’t want to purchase the latest laptops available from either Microsoft or Apple, waiting should pay off, as retailers will heavily discount older models once the new ones are finally unveiled.