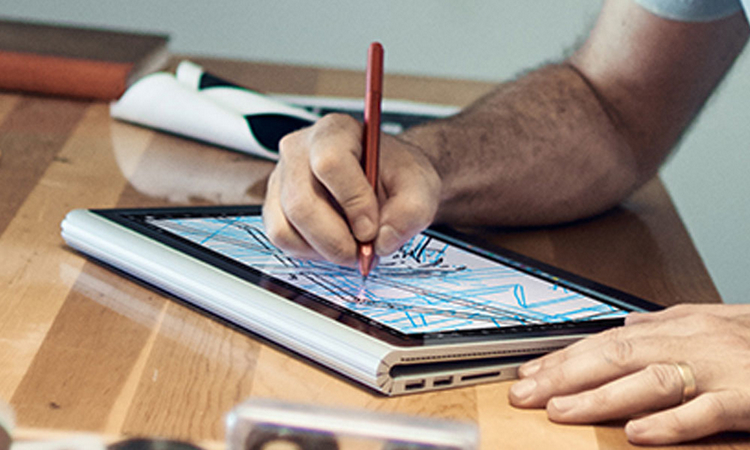 Microsoft on Sunday took to Instagram to post a teaser image of the Surface Book, saying that Surface is “your key to success.” The company didn’t say anything about the photo, but people soon noticed there was something odd with the picture. It didn’t show the same Surface Book hinge that Microsoft introduced on the first model. Instead, the image hints at a significant design change coming in this year’s Surface Book 2.

Recent reports claimed that Microsoft’s Surface Book successor would feature a redesigned hinge that would allow the screen to sit flush with the keyboard, eliminating the gap in existing models.

Microsoft did not reveal any other details about the picture, but it’s definitely a real photo given that it made it to the company’s Surface Instagram account. Furthermore, Windows Central says it can confirm the image is from an “internal Microsoft ‘sizzler’ reel meant to demonstrate some ideas for the new Surface Book 2.” The video was shown within Microsoft’s various departments in July, the report notes.

The first-gen Surface Book was a very well-kept secret ahead of last year’s launch, as Microsoft wanted to surprise the audience with a premium laptop. But now that the Surface Book brand is out there and we all expect product refreshes on a yearly basis, there’s no point in completely hiding it from the public.

Interestingly, Microsoft also released a new Surface ad taking hits at the MacBook, so this Instagram “leak” doesn’t seem to be a mistake. Instead, Microsoft is probably getting ready for a big Surface Book 2 reveal ahead of the holidays.