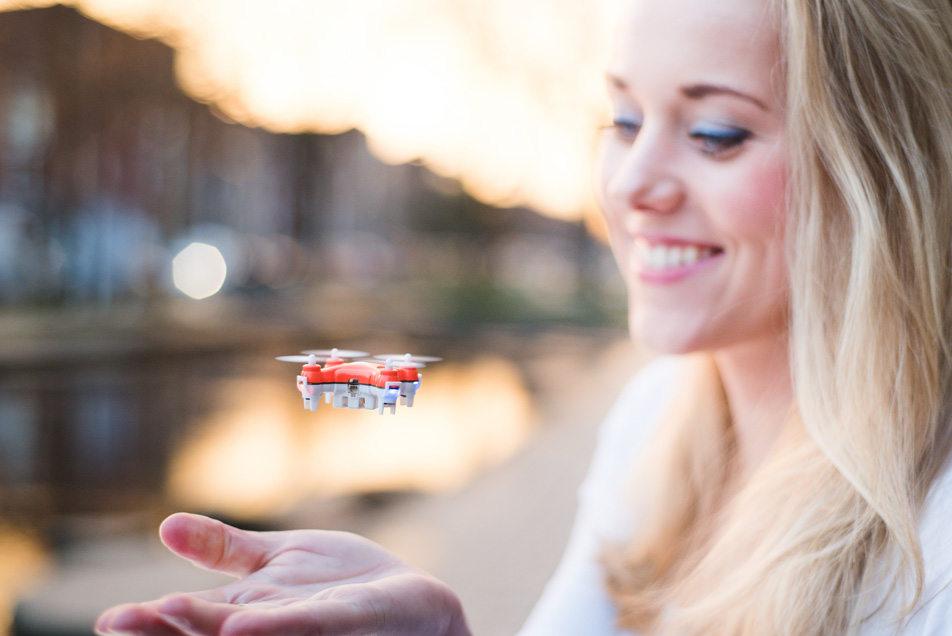 Call them drones, call them quadcopters, call them UAVs, or call them whatever else you want. The bottom line is that these little remote-controlled aerial toys are a blast to play with, and they have become wildly popular over the past few years. Along with hoverboards, drones were among the most popular gifts of this past holiday season — and they’re much less likely to burst into flames and burn your house down, which is always a good thing.

There are all different kinds of quadcopter drones out there these days, but a new offering from TRNDlabs is quickly going to make its way to the top of people’s lists. Why? Not only is it the smallest camera drone in the world, but it’s also very affordable and available to ship right now.

MUST SEE: Apple confirms bug that makes the iPhone’s most frustrating problem even more frustrating

TRNDlabs on Tuesday announced the launch of its anticipated SKEYE Nano Drone with Camera, which the company bills as the world’s smallest camera drone. The tiny device measures 1.57 x 1.57 x 0.87 inches and weighs less than half an ounce.

The company says that its new drone model is capable of performing fun aerial flips, rolls and tumble tricks with ease, and the built-in camera records the action the entire time. The camera is rated at 0.3 megapixels so it won’t be able to record video of the same quality as pricier professional-grade drone models, but the footage should be more than clear enough to enjoy on a tablet or smartphone. Recorded video is stored on a microSD card, and the unit ships with a 2GB memory card in the box.

Here’s a video of the SKEYE Nano Drone with Camera in action:

And here are some key details from the drone’s product page:

TRNDlabs’ new SKEYE Nano Drone with Camera is available for purchase immediately for $69, which includes free Prime shipping on Amazon.