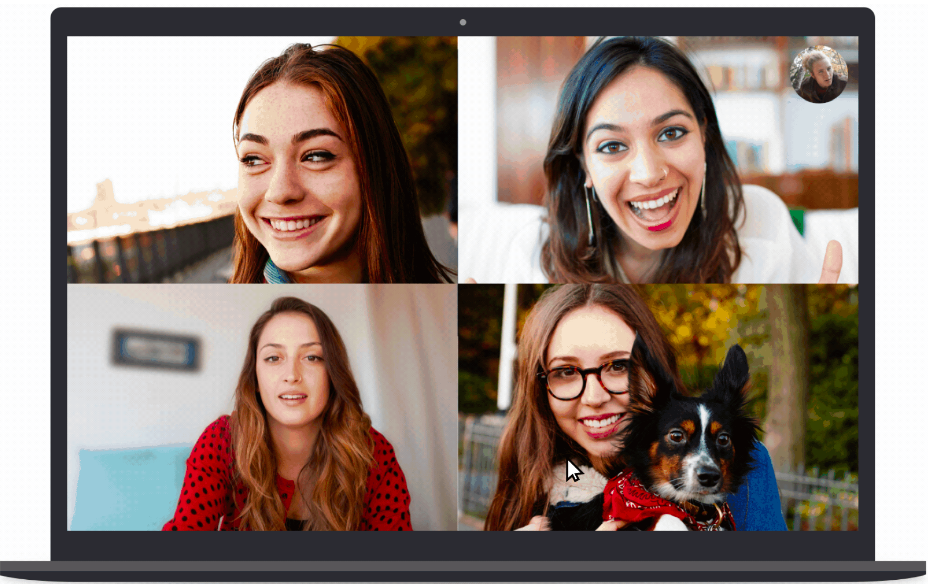 Good news, all of you Skype users who’ve been known to participate in calls in rooms that look like a disaster behind you — or who, you know, sit for a TV interview via Skype while your children parade around behind you. Microsoft has added a new feature to its chat service that might mitigate situations like those, and others: A background blur that relies on artificial intelligence to focus on the caller, to the exclusion of what’s around them.

“We’ve all had those moments,” Microsoft notes in a company blog post today. “You’re about to video call your parents and your laundry is all over the place, or you’re about to have a meeting with a potential investor and your business plan is on a whiteboard behind you, or you’re being interviewed on live television and your adorable child comes marching into the room. There are plenty of life’s moments that can get in the way of you being the focus in every video call — and that’s why we’re introducing background blur in Skype video calls.”

To turn this on, all you need to do is hover over the video button. Select “blur my background,” which will allow you to make yourself the priority of the video and to make the background blurry.

Microsoft says the feature uses AI trained in human form detection to keep the callers in focus and to specifically to detect things like your hair, hands and arms. The feature is available on most desktops and laptops that are running the latest version of Skype, though the new feature does come with an important caveat.

In its post announcing the feature, Microsoft cautions users against an over-reliance on background blur — in other words, it doesn’t have a guaranteed 100 percent success rate. “We do our best to make sure that your background is always blurred, but we cannot guarantee that your background will always be blurred,” Microsoft says in the blog post, which should serve as a reminder to not get too crazy and to still pay attention to your surroundings when you’re on these calls, even with the availability of a feature like this. Though, of course, it’s still a useful addition to have.