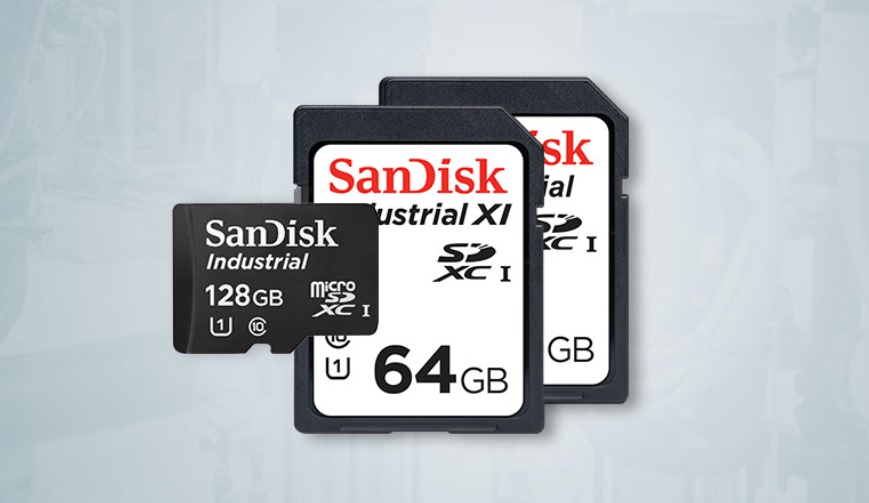 Most of us never consider the durability of our electronic devices outside of their ability to withstand a splash of water or what will happen if we drop them on the sidewalk. But some expect more from their gadgets, which is why SanDisk has introduced a new line of SD and microSD cards that are built to withstand extreme temperatures.

Applications of the new industrial SD cards (first noticed by AnandTech on Wednesday) include surveillance cameras, drones, factory automation and other use cases where unusual climate could come into play.

SanDisk has announced three different sets of industrial cards. First up are the standard SD cards, with capacities ranging from 8 – 64GB and can operating temperatures as low as -25°C (-13°F) and as high as 85°C (176°F). There are also industrial microSD cards, which feature the same operating temperature, but go up to 128GB. SanDisk is also debuting the Industrial XI range of SD cards, which is virtually identical, save for the fact that it can survive temperatures as low as -40°C (-40°F). At the time of writing, it’s -39°F at the South Pole.

While their capacities and operating temperatures may differ, the performance of the entire SanDisk industrial family is the same. All three lines feature a minimum sequential write speed of 10 MB/s, with a potential read speed of up to 80 MB/s and a write speed of up to 50 MB/s. AnandTech notes that previous industrial SD cards often topped out at 20 MB/s, which makes this a significant upgrade for those who need cards that can survive extreme climates.

Both these industrial cards and SanDisk’s new automotive SD cards will be tested by OEMs in the coming weeks and months, so it might be some time before anyone can actually get their hands on these cards.