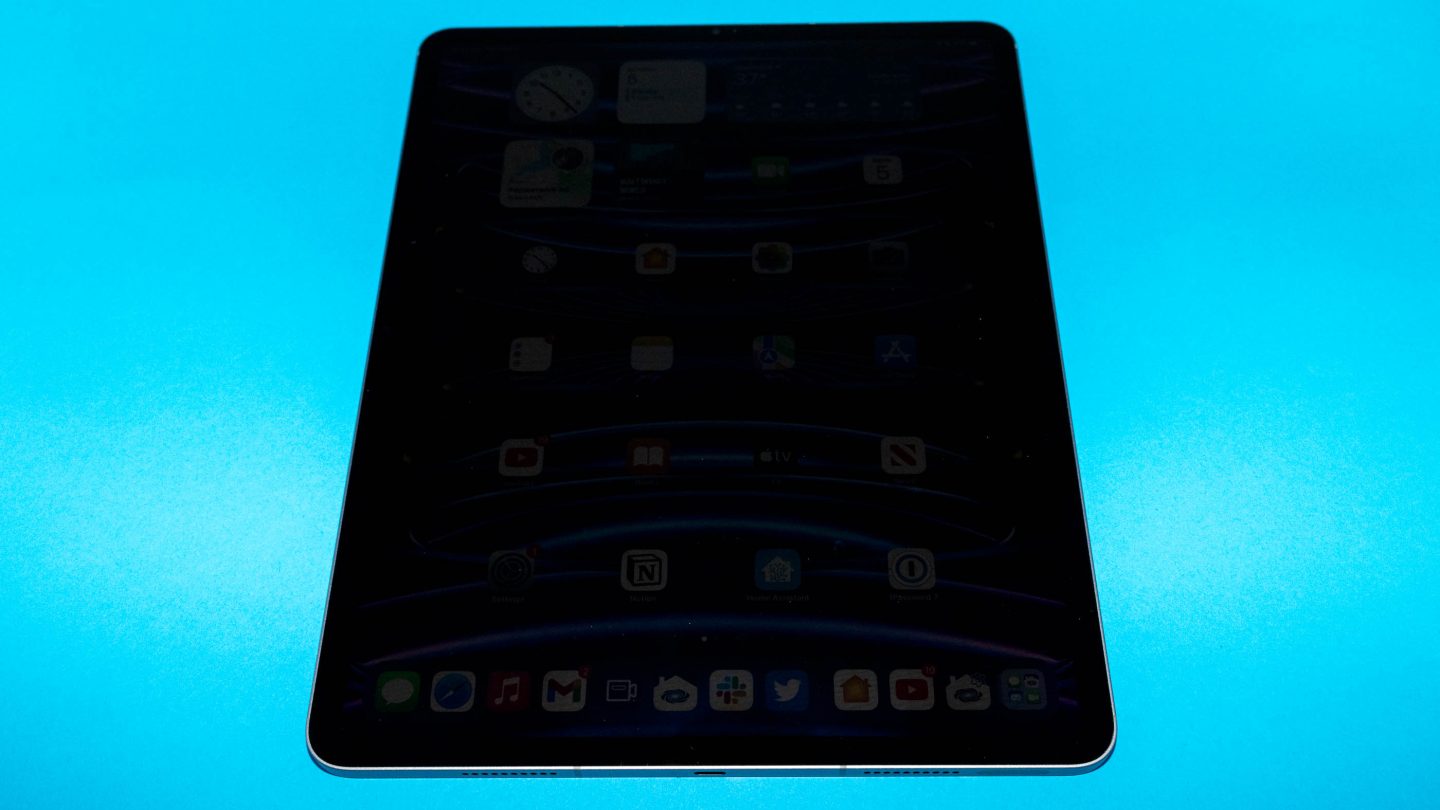 Apple has been rumored to launch a larger iPad with a 14-inch display for a while. As the company had tested the product internally, it seems the Cupertino firm might have scrapped the plans or significantly delayed them.

According to display analyst Ross Young (via MacRumors), Apple is no longer planning to launch this new 14.-inch iPad in the near future as the device “has been canceled entirely or significantly delayed.”

Previously, Young said this device could feature an LCD instead of a mini-LED. This led people to believe that Apple wasn’t testing an iPad Pro but just another iteration of the iPad.

Combining this report with previous ones that said Apple is readying a display change for 2024, a 14-inch iPad, larger than a Pro but with the worst display, would feel out of place. Bloomberg‘s Mark Gurman, in 2021, was the first to raise the possibility of an iPad with a larger display.

At the time, the journalist said Apple would take a couple of years until this product would hit the stores.

What the future holds for the iPad line?

As of now, Apple is working on a few possible futures for the iPad. Despite launching revised versions of the current tablets, the company is readying a more powerful iPad mini, an OLED iPad pro for 2024, and a foldable iPad/Mac for the future. Apple recently released the Air revision.

Both mini and Pro versions are expected in early 2024. Today, Ross Young also reiterated that the OLED iPad Pro with an 11-inch and 12.9-inch display is coming in more than a year.

About the foldable iPad/Mac, it’s still in the early stages as the Cupertino company doesn’t know if foldable devices are indeed the future.

BGR will keep reporting on rumors and analysis for upcoming iPad models, including if this 14-inch iPad will ever see the light of day.

Don't Miss: Apple to transition iPad and MacBook from mini-LED to OLED