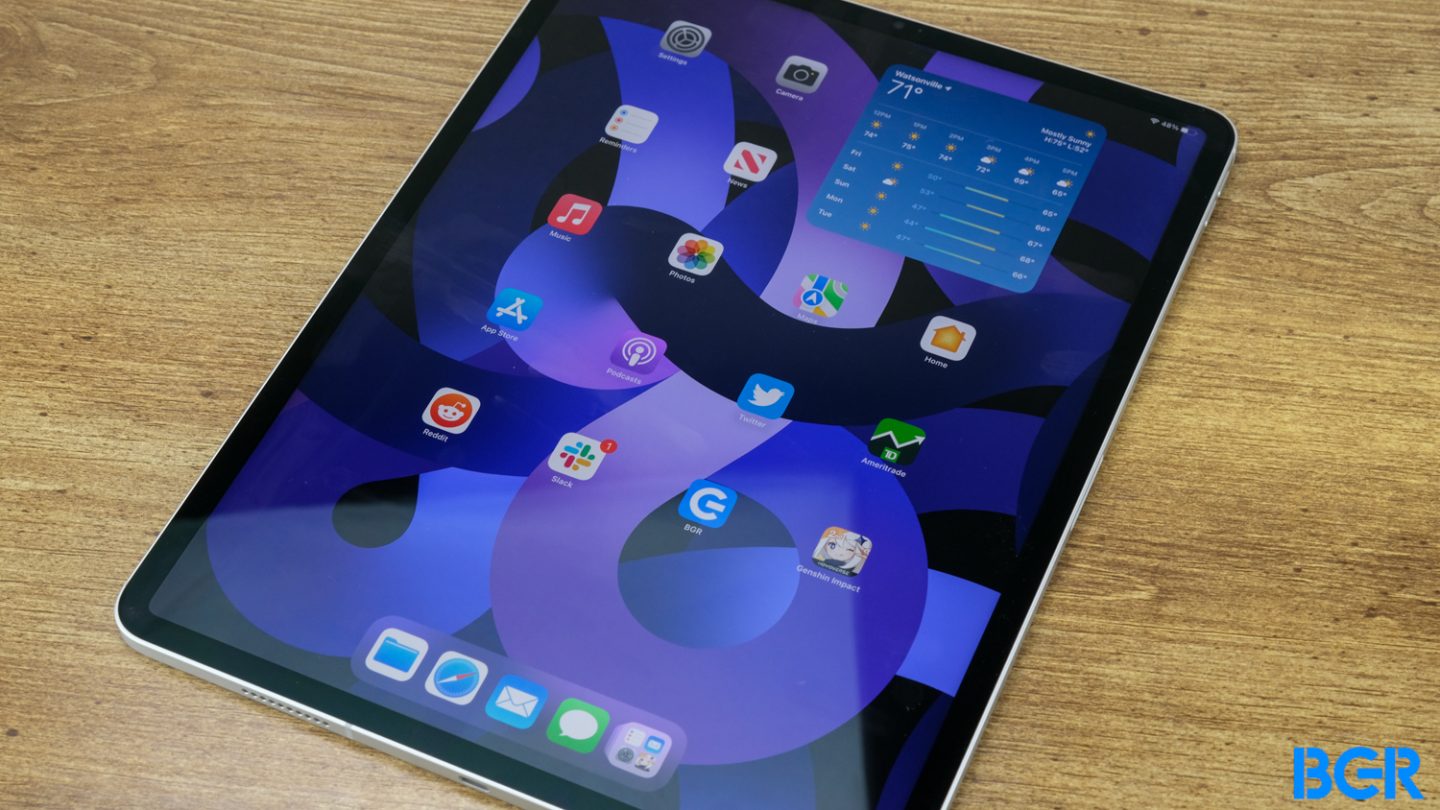 Apple uses three types of displays on its various devices. The iPhone features high-end OLED panels each year now that Apple has transitioned from LCD to OLED. The iPad has LCD screens for the most part, with the latest Pros featuring mini-LED displays. Finally, the MacBook line offers the same split. Some laptops feature LCD screens, while the 2021 MacBook Pros have mini-LED panels.

A new report from Asia says that demand for mini-LED screens is decreasing, as Apple is looking to use OLED panels in iPads and MacBooks in the coming years.

Per Digitimes, mini-LED screens might see increased demand next year for dashboards and vehicle displays. But sources within Epistar, Apple’s mini-LED supplier, claim that mini-LED demand is decreasing.

We’ve heard increased chatter about Apple adopting OLED screens for iPad and MacBook models in the past few years. But those reports clashed with rumors that Apple would still use mini-LED screens in some products. It was never clear how Apple would decide which iPads and MacBooks would stay on mini-LED and which would move to OLED.

More recently, reports said that Samsung is prioritizing the development of OLED panels that Apple might use in future iPad Pro models. This could happen as soon as 2024. The same year, Apple might launch a MacBook Air with an OLED screen.

Taken together, all these rumors indicate that Apple is looking to move iPads and MacBook models to OLED technology. But we still need more clarity on the matter. There’s no product roadmap or schedule for the switch to OLED. And Apple is certainly not going to share these secrets anytime soon.

In the meantime, Apple should launch a new generation of 14-inch and 16-inch MacBook Pro models next year. Of note, the updated laptops should feature the same mini-LED screens as their predecessors.

As for the iPad Pro, Apple just updated the Pro series earlier this year. But only the 2022 12.9-inch model features a mini-LED screen. The 11-inch tablet still uses a regular LCD panel.