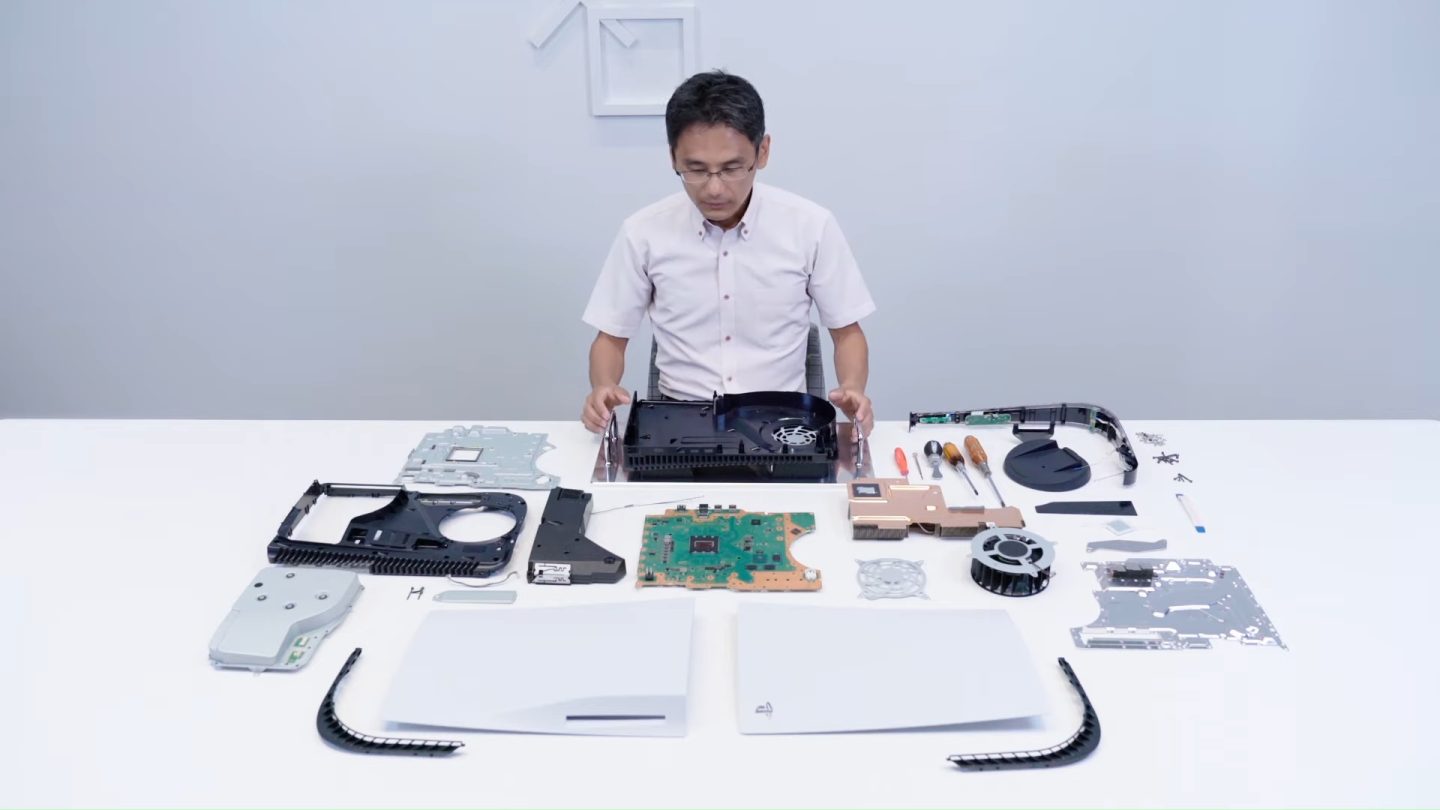 We’re just over a month out from the launch of the PS5, and Sony has finally provided a detailed look at the console’s interior in an official teardown video on its YouTube channel. Yasuhiro Ootori, VP of PlayStation’s Mechanical Design Department, performs the teardown and explains each and every component as he goes.

Before Ootori begins opening the console up, he states the dimensions of the console (much larger than a PS4), and details the ports found on both sides of the PlayStation 5. In addition to a disc drive (depending on the PS5 model you choose), the front of the console features a USB-C port and a USB-A port. On the back are two more USB-A ports, as well as a LAN port, HDMI out port, and power port. The two rows on the front of the machine serve as air vents, while the entire rear side is an exhaust port, which should keep the console running quiet and cool.

Finally, before deconstructing the PS5, Ootori shows how the base can be unscrewed from the bottom of the console while it is oriented vertically and then clipped on to the side for a horizontal orientation. The screw can even be safely stored in the base so that you won’t have to keep track of it after you remove it from the console.

A quick note before you start watching: The entire video is in Japanese, so you’ll have to turn on subtitles.

Moving on to the teardown, Ootori reveals that both side panels can be removed, and you won’t even need any tools to do so. Just lift the plastic at the top of the panel on each side and slide it off. It looks as if it might take a little effort, but if you want to expand the storage capacity of your PS5, this is a necessary step.

Once you have removed the side panels, you will see the cooling fan at the top of the console, which draws in air from both sides. There are also two dust catchers underneath the panel that you might want to vacuum occasionally to get all of the dust and grime out of your PS5. Finally, as for storage expansion, PS5 owners have access to an M.2 slot beneath the side panel into which they can install a PCIe 4.0 compatible drive.

All in all, the PS5 looks to be a surprisingly repairable and deconstructable console, which isn’t especially common for modern video game consoles. The PlayStation 5 and PlayStation 5 Digital Edition (without a disc drive) will be available in the United States on November 12th for $499 and $399, respectively.