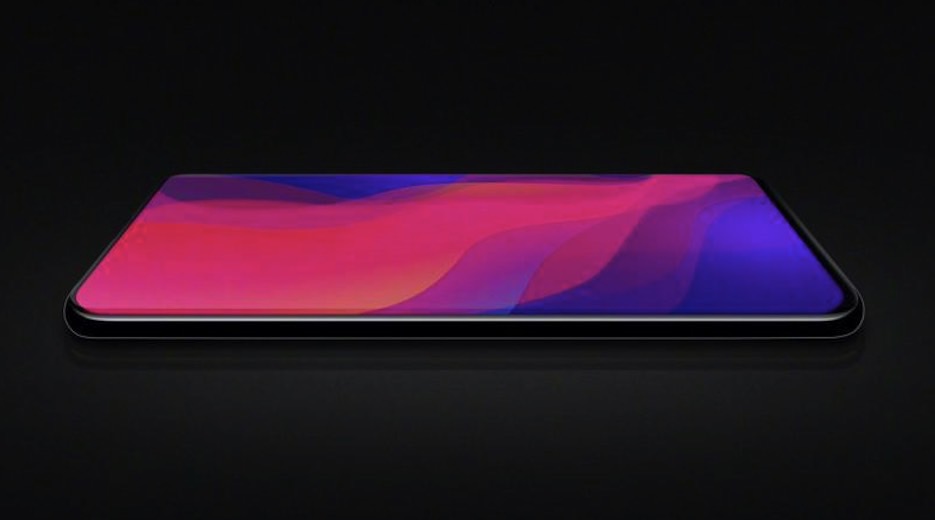 We’ve seen a bunch of new Android smartphones emerging from China in the past couple of weeks, both promising to offer users all-screen designs without copying Apple’s all-screen iPhone X. The Lenovo Z5 was a huge disappointment, as it featured exactly the kind of iPhone X clone we saw from many other Android vendors. Then came the Vivo Nex, which did not feature a notch, but the phone wasn’t exactly bezel-less — to be fair, Apple’s all-screen has a bezel of its own, the notch.

Fast-forward to today, and we have a new no-notch Android phone for you from China. This one also comes from a vendor not many people are familiar with. But at least Oppo did not promise us a bezelless smartphone.

The Find X, which should be unveiled at 2:45 PM Louvre, Paris, France time, is somehow already official, because The Verge already has all the dirt on it.

The handset has a screen to body ratio of 93.8% which is indeed impressive. That also means you get a bottom chin.

Just as teased, the handset doesn’t have an iPhone X notch. Instead, Oppo went for a slide-out mechanism to move up the cameras when you need to take pictures. All the cameras, both the front-facing ones — as in multiple cams, because this bad boy does 3D face recognition too — and the rear ones. The Verge explains it best:

The most interesting aspect of the Find X’s design is its camera system, which is completely hidden when the phone is off or the camera app is closed. When you turn the Find X on and open the camera app, the entire top section of the phone motorizes up and reveals a 25-megapixel front-facing camera, 3D facial scanning system, and 16-megapixel + 20-megapixel dual rear camera. Close the camera app and the whole assembly motors back into the phone’s chassis. Oppo says the camera can open in just 0.5 seconds, and based on my experience, that seems fairly accurate.

It’s a similar approach to Vivo’s Nex, but Oppo takes it to a whole new level. And Oppo’s slide-up cam looks more durable, and more sophisticated.

Speaking of that 3D facial scanner, Oppo did copy Apple when it comes to fingerprint sensors. As in, there isn’t one on the phone. The unlock process, however, seems more complex on paper, as it involves swiping up on the screen, waiting for the camera to slide out and then to unlock. In real life it’s “fast enough that it doesn’t feel like it will impede use of the device in my day-to-day.”

The phone features a 6.4-inch display that’s about as large as the Galaxy Note 9’s rumored screen, and just slightly smaller than the upcoming iPhone X Plus’s display. The comparison to Samsung phones is apt in this case, as the phone apparently looks like a Galaxy S9+.

The specs sheet will not surprise you. We’re looking at a Snapdragon 845 processor, 8GB of RAM, up to 256GB of storage, 3,730 mAh camera with VOOC fast-charging, and Android 8.1 Oreo running the show, with Color OS on top.

The price? We have no idea, but the phone is supposed to be Oppo’s first device to launch in North America and Europe. The Find X will be available for preorder in China on Tuesday and should call less than similar Android phones.