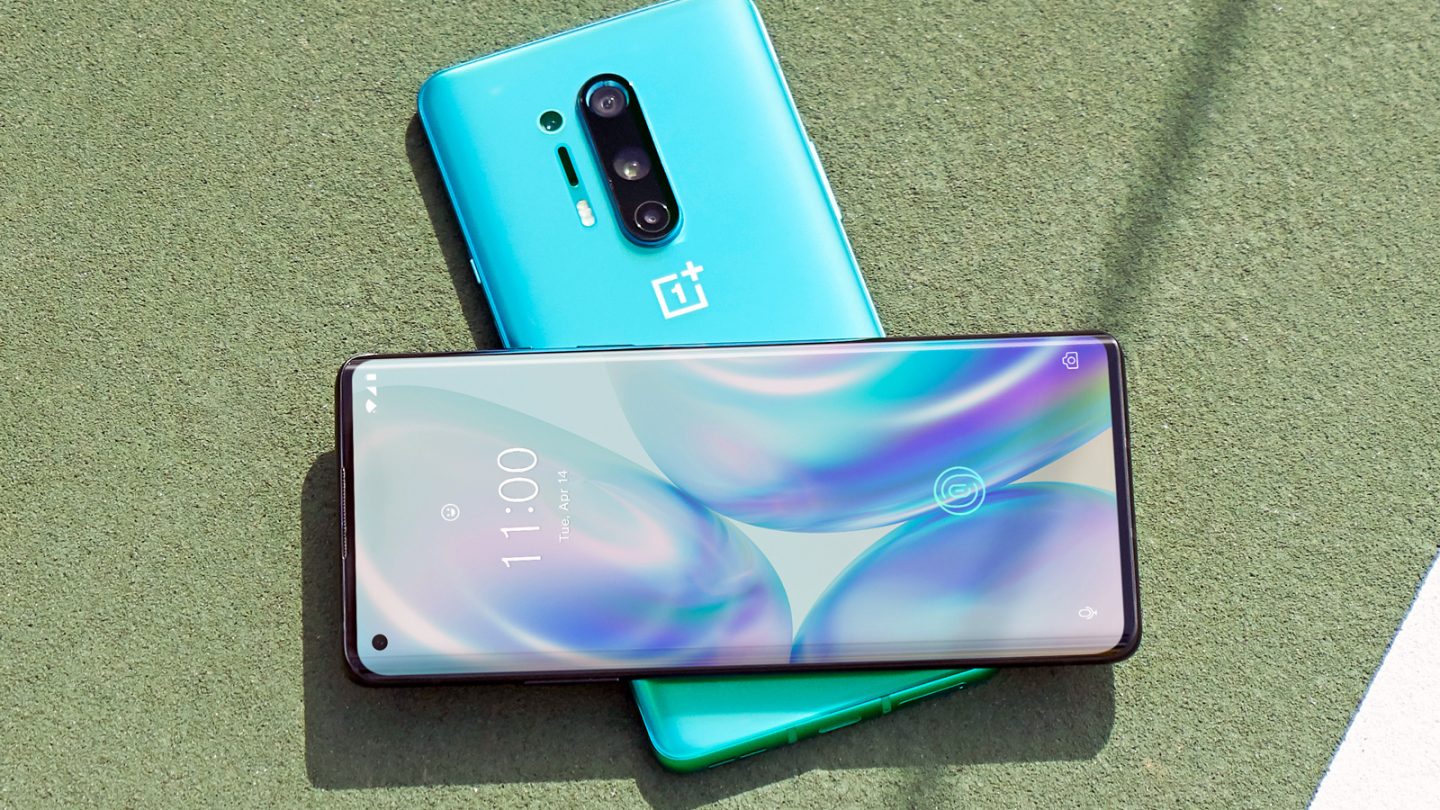 The OnePlus 8 Pro and OnePlus 8 appeared in a wide variety of leaks in recent months, and fans of the company probably knew what to expect from the new handset series long before OnePlus took the virtual stage on Tuesday to unveil the new phones. As was the case with previous OnePlus phones, the company detailed some of the features in anticipation of the April 14th launch. OnePlus confirmed the 120Hz display a few months ago. More recently, the company promised that the Pro model would not cost more than $1,000, and teased the handset’s camera capabilities by sharing photo samples online.

Both the OnePlus 8 and OnePlus 8 Pro are now official, and you’ll soon be able to purchase the version of the phone that best meets your needs.

The OnePlus 8 and OnePlus 8 Pro feature a brand new design that will feel immediately familiar. Both all-screen handsets have hole-punch displays, reminiscent of the Galaxy S10. The selfie-camera, a 16-megapixel Sony shooter, is in the left corner of the display, rather than in the center. The OnePlus 8 Pro has curvier edges than the OnePlus 8 and slightly thinner bezels. Both phones feature 3D Corning Gorilla Glass screens and in-display fingerprint sensors. 2D Face unlock is present on both devices as well.

The OnePlus 8 Pro also features a 6.78-inch Fluid AMOLED screen with 3168 x 1440 resolution, 120Hz refresh rate, 240 touchscreen sampling rate, HDR 10+ support, and built-in MEMC tech support. Other notable features include a 40% reduction in blue light for night display mode, as well as support for over one billion colors on the 10-bit screen.

Both handsets feature the same set of core specs, which means they should be equally speedy. The OnePlus 8 and OnePlus 8 Pro both ship with the Snapdragon 865 chipset, complete with 5G support, 8GB/12GB of LPDDR4X RAM, 128GB/256GB of UFS 3.0 storage, dual SIM support, Bluetooth 5.1, Wi-FI 6, NFC, and USB-C connectivity. There’s no 3.5mm headphone jack on either phone, and you won’t be able to expand storage with an SD card.

Battery life is similar as well, although it’s the Pro that has the best battery features. The OnePlus 8 Pro packs a 4,510 mAh battery that supports 30W Warp Charge 30T wired charging and 30W Warp Charge 30 Wireless charging. That’s a first for the OnePlus phones, and a feature many people have been asking for over the years. OnePlus’s wireless charging tech requires a separate charger, and can recharge the handset from 1% to 50% in 30 minutes. The Pro also supports reverse wireless charging, like many other Android handsets. On top of that, OnePlus says it made 280 optimizations to ensure the 2K 120Hz display will not impact battery life.

The OnePlus 8 has a smaller 4,300 mAh battery and only supports 30W wired charging.

The OnePlus 8 features a triple-lens setup. A different lens from Sony acts as the primary camera, a 48-megapixel f/1.75 OIS shooter. It’s joined by a 16-megapixel f/2.2 ultra-wide-angle lens and a 2-megapixel macro camera. Both phones support 4K video recording at up to 60fps, with super stabilization mode at up to 30fps. The Pro also supports digital audio zoom with the help of three microphones on the back on the phone, as well as artistic lighting effects thanks to the Color Filter Camera.

Finally, the OnePlus 8 Pro has one other advantage over the OnePlus 8: IP68 water and dust resistance rating.

The OnePlus 8 will be available in Glacial Green and Interstellar Glow, while the OnePlus 8 Pro also gets Onyx Black and Ultramarine Blue color options. They’ll be available to order from OnePlus, Amazon, T-Mobile, and Verizon. The phones will support 5G on both T-Mobile and Verizon, with Big Red being a notable new partnership for the Chinese smartphone maker. Also, the OnePlus 8 series is the first to launch on Amazon in the US.