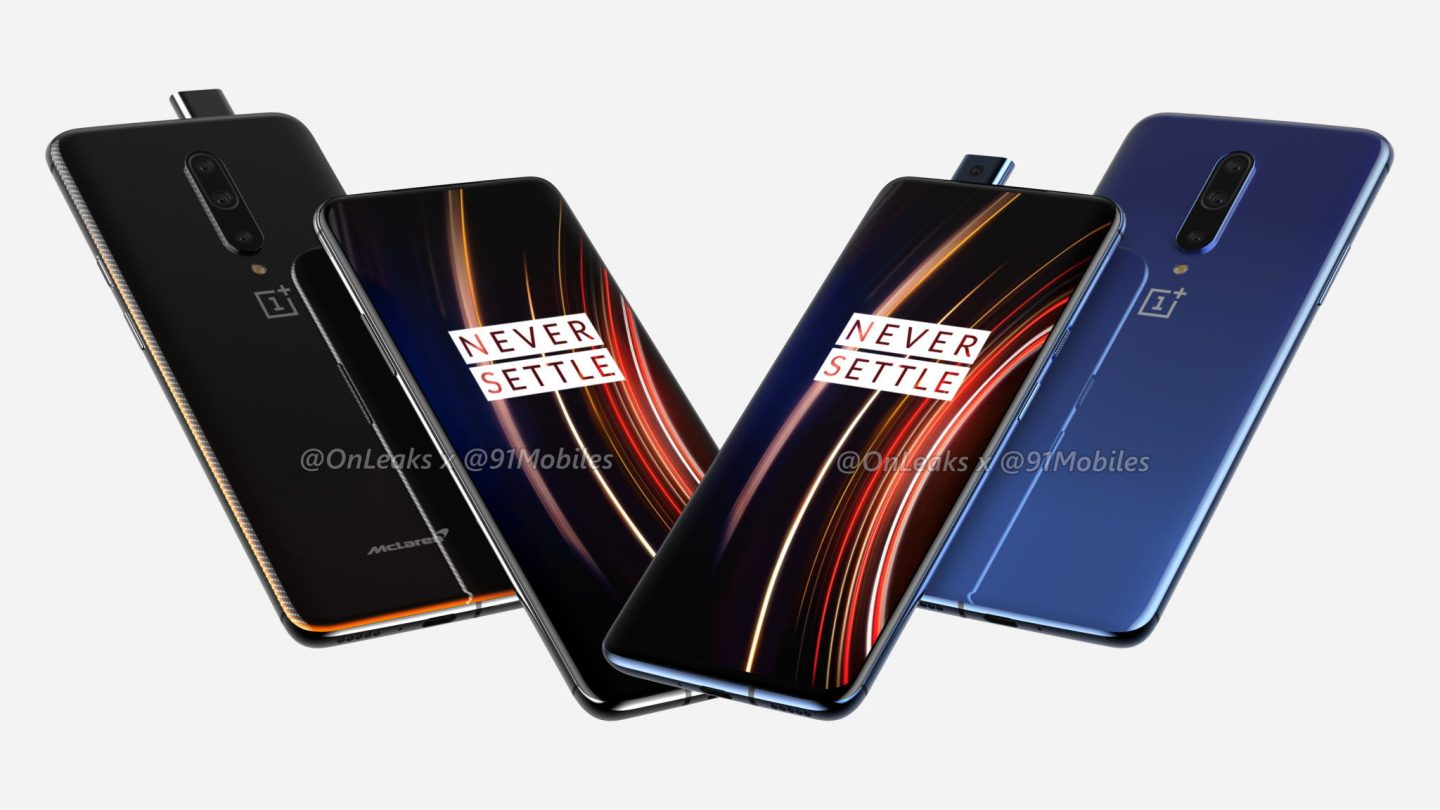 Apple’s iPhone 11 and Google’s Pixel 4 are undoubtedly the most anticipated phones that have yet to be announced this year, but OnePlus likely has another flagship to launch before 2019 ends as well. As it has over the past several years, OnePlus is expected to release an updated model of its latest handset with upgraded specifications and new features. But if you were expecting a brand new design, a recent leak suggests you’ll be disappointed.

On Friday, 91mobiles teamed up with Twitter’s @OnLeaks to unveil CAD-based renders of the rumored OnePlus 7T Pro, as well as the OnePlus 7T Pro McLaren Edition. Although some leaks showed off a new camera array and other subtle hardware tweaks, this design of the phone in this leak is identical to that of the OnePlus 7 Pro.

“According to the renders, the OnePlus 7T Pro, [and McLaren Edition], will look exactly the same as its predecessor, the 7 Pro,” writes 91mobiles. “OnLeaks believes there are no external differences to be seen between [the] current flagship and its successor. However, it will come in a new Haze Blue colour option.”

Shortly after 91mobiles published its OnePlus 7T renders, another prolific Twitter leaker, Max J., shared the purported specifications of both the OnePlus 7T and the OnePlus 7T Pro. According to Max, the OnePlus 7T will feature a 6.55-inch display, Snapdragon 855 Plus processor, 8GB of RAM, 128GB of storage, triple camera with 48-megapixel/16-megapixel ultrawide/12-megapixel telephoto lenses, and 3,800mAh Warp Charge 30T battery.

As for the OnePlus 7T Pro, Max claims it will feature a 6.67-inch 2K+ curved display, Snapdragon 855 Plus processor, 8GB of RAM, 256GB of storage, 48-megapixel/16-megapixel ultrawide/8-megapixel telephoto lenses, and 4,085mAh Warp Charge 30T battery. Both the 7T and the 7T Pro are said to run Android 10 out of the box.